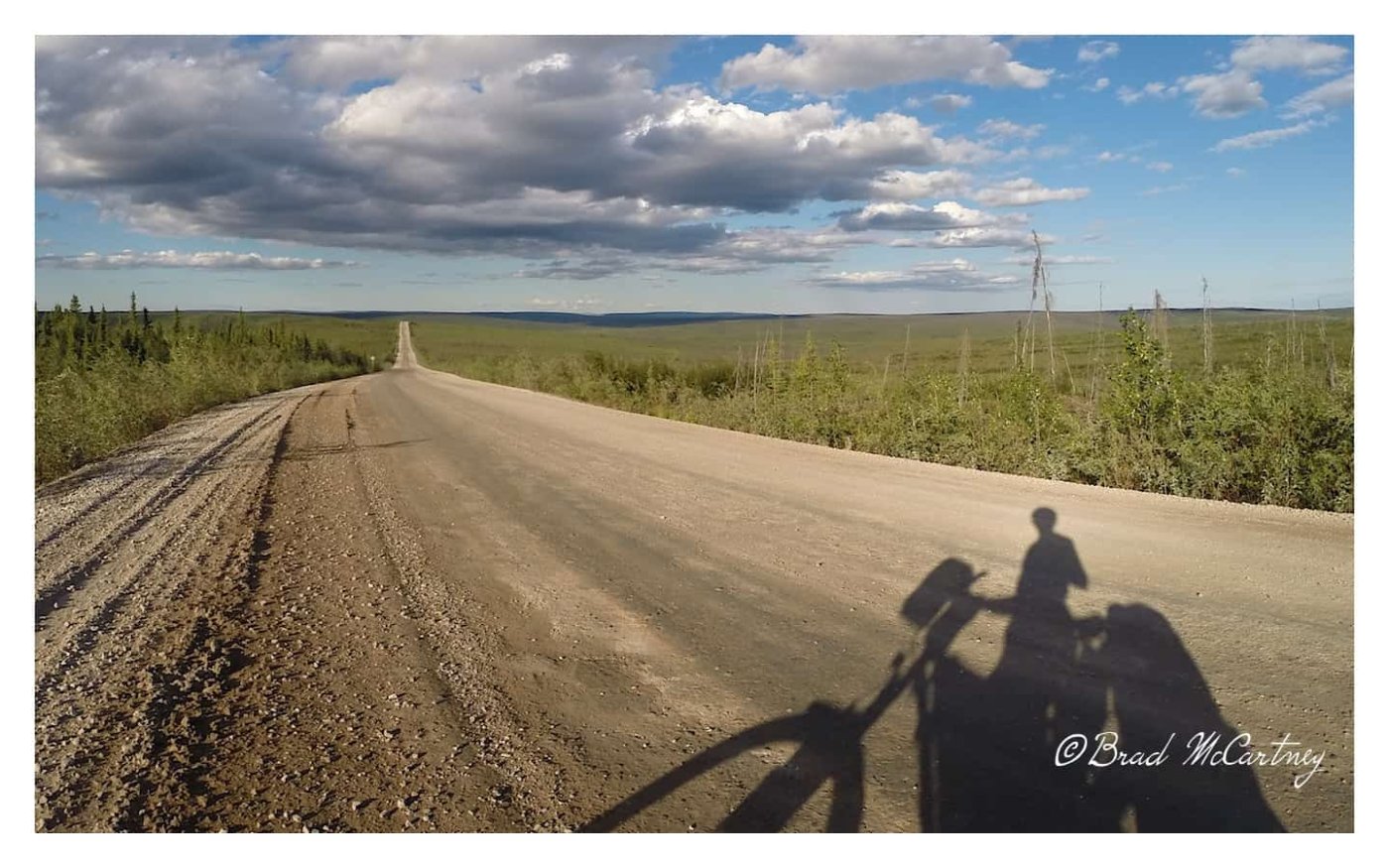 Everything I need is on my bicycle.  The last 6 months I’ve biked 5443km, hiked 398km, canoed 715km and traveled my way around Tasmania and North America.

I have met community leaders, the real Santa Claus at the North Pole, Mayors of towns, been featured in local newspapers, been subject to generous acts of kindness from strangers, been invited to eat meals with complete strangers, been given water and chocolate in the remotest of places when I most needed them. I have cycled and hiked with complete strangers that I now call good friends and hope to meet again in the future.

I’ve witnessed first hand global warming, witnessed receding glaciers, saw melting mountains as the permafrost literally melts and turns the mountain into something resembling melting ice cream, I have a greater appreciation of nature and wilderness, I saw nature rebuild itself after being mined and deforested, I survived 2 earthquakes, been on a train that crashed the day after I was on it.

I have seen displays of wildlife that rival television documentaries or National Geographic magazines, had countless encounters with dangerous animals like Snakes, Bears and Mosquitoes. Seen the beauty that is a Humpback Whale, seen rare Elephant Seals in Tasmania, had so many encounters with Echidnas, Wombats, Kangaroos, Moose, Caribou, Porcupines and countless little brown colored birds.

I have slept on beaches, mountains, sea cliffs, RV Parks, National Parks, Hotels, airports, planes, buses, ferries, in huts, in houses of strangers that I now call friends, in Ghost towns, in places where the sun doesn’t set, under oil pipelines, next to rivers, lakes, estuaries, I’ve even slept inside a bear proof storage container!

I’ve been woken through the night by snowstorms, rain, wind, extreme heat, extreme cold, earthquakes, mosquitoes, drunks, people snoring and wildlife trying to get into my tent.

I’ve learned a lot about myself, how to be self sufficient, what makes me happy, what make me sad, what I can control and what I can’t, I discovered its not that bad to go 13 days without a shower, I’ve laughed, cried, been amazed by history, used the word awesome too many times when trying to describe something or how I’m feeling!

I have never once felt threatened or scared by others. I have restored faith in the goodness of Humans.

I am safe, well, fit, happy and healthy and no longer fit into much of my clothes. All this in 6 months!

And I think to myself, what a wonderful world. Oh yeah!

8 thoughts on “6 months of adventure travel”

This website and some of the posts contain affiliate links. This means If you make a purchase after clicking on these links, a portion of the sale helps support BikeHikeSafari to present top quality information about the outdoors. This is at no additional cost to you.