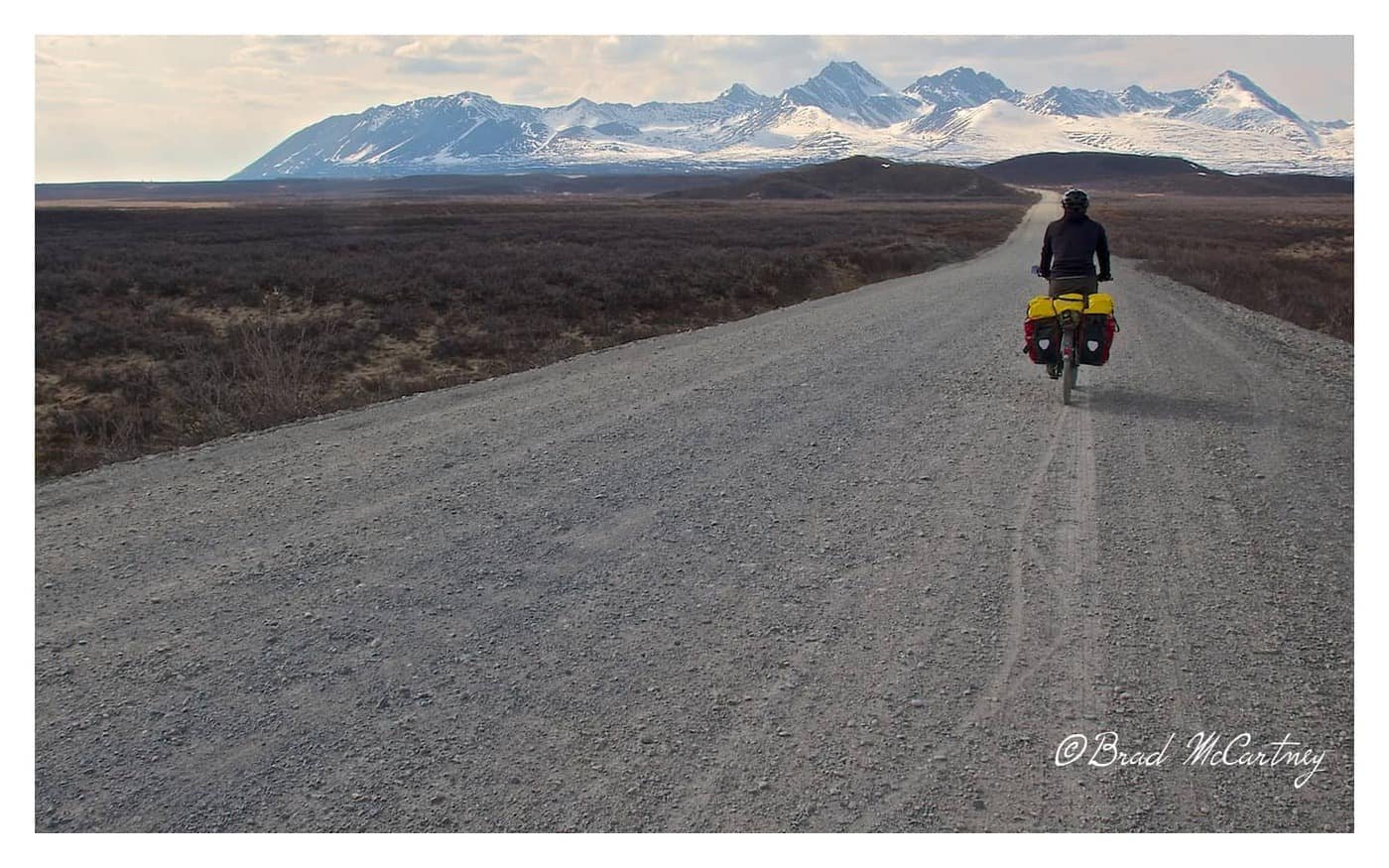 Bicycle Touring Alaska is like cycling your way through a National Geographic documentary. Loads of wildlife and scenic mountains overload the senses. The roads in Alaska are surprisingly good and present little problems to the cycling traveler. It is like no other place in North America for bike touring.

In researching and writing this article I have cycled many routes and trails in Alaska and bring some of that knowledge and expertise to this blog post. Enjoy.

Here are some of the Best Bike Touring Routes and Bikepacking Routes in Alaska:

Alaska can be expensive but it doesn’t have to be. Camping is available almost everywhere and there are a few WarmShowers hosts willing to help out a poor traveling cyclist. Food in remote areas can be a little pricey but not too bad all things considered. The scenery and experiences make the journey more than worthwhile.

Make sure you are self-sufficient. Take all your bike touring gear with you and make sure you have a good bike touring tool kit with spares. Make sure your touring bike is in good condition and you have enough room in your bike panniers for everything. Likewise, if you are traveling with a BikePacking Bike or Fat Bike, ensure you have enough room in your handlebar bags, saddle bags, and framebags for everything.

Anyone traveling in the USA should be aware that their health care system is not set up to serve the people when they are sick. It is set up as a business. If traveling from overseas please consider health insurance.

A simple thing like a broken leg could cost around $15000. While the quality of health care is very high so are the costs for the budget traveler. Be warned, if you use a travel insurance company you will be required to wear a helmet when cycling or you may not be covered in the case of an accident.

There are a few dangers to be overly concerned about. Alaskans are a friendly bunch of people but nature and wildlife can appear more dangerous than they really are.

Most people would consider Grizzly Bears to be the most dangerous animal in Alaska but locals will tell you to beware of Moose. These large clumsy animals are bigger than a horse, heavier than a bear, and faster than cyclists.

Some campgrounds in Alaska have bear-proof containers that can be used to store panniers. When wild camping in Grizzly bear country I usually put all my smelly items into one pannier and place it in the bushes at least 20 meters from my tent. This worked well for me and most other bicycle travelers in Alaska.

Most people will tell you to hang your food in a tree. In an ideal world, this is great, however, most of Alaska does not have large trees. In places with tall trees, they are usually not very good to hang food from, especially loaded bicycle panniers full of food and smelly stuff.

Smelly items that should be stored away from your tent include:

I bought a cheap paper map from a gas station to have a nice overview of where the towns and services were located.

With the exception of cycling the Haul road, also known as the Dalton Highway, food is never too far away. Normally there is no need to carry any more than a couple of days food.

Here is a list of bike touring blogs from a bicycle touring trip in Alaska:

Bike Touring Alaska is one of the world’s great bike touring destinations. Just be a little prepared and make sure you have all the right bike touring gear with you.