Home
Hiking
Thru Hiking
Appalachian Trail
AT Day 10 – The trail can be lonely, sometimes

AT Day 10 – The trail can be lonely, sometimes 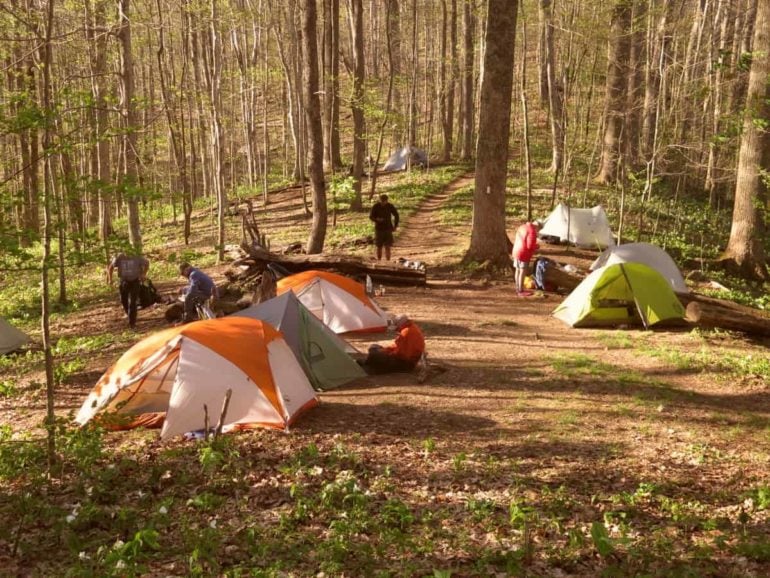 The Trail can be lonely

I was only a mile or so away from a place called Nantahala Outdoor Centre, or NOC for short. It’s a Mecca for all things rafting and white water kayaking. River rats from all over the country flock to this place to take on the Nantahala River. My goal was the endless coffee and eggs, I was craving eggs for breakfast.

I arrived there at 8am as the friendly waitress unlocked the front door of the restaurant. I grabbed my phone, spare battery and charger and found an electrical outlet. The server bought me the largest plate of fried vegetables, bacon, eggs and cheese that I’d seen in a long time. Thirty minutes and 5 coffees later and I was done. Three spoonfuls remained uneaten, I was defeated.

It was time to take on the hill. 3000 feet over about 8 miles. I climbed at a steady pace, fuelled by the breakfast calories. Three hours later I was at the top. The views were mostly obscured by shrubs but I did get a partial view. I’d drank all my water on the climb so I had several miles of hiking to the next water source.

I didn’t see too many hikers today until I reached camp. There were eight tents crammed into a place that would normally only hold four tents. I other hikers were part of a tight group so I mostly sat alone for dinner. I’m not sure where my old hiking buddy Soop is, I guess he’s a ways behind me. Hopefully I’ll meet a couple of hikers to hike with soon, it’s getting lonely with so many people around me but nobody to talk to.