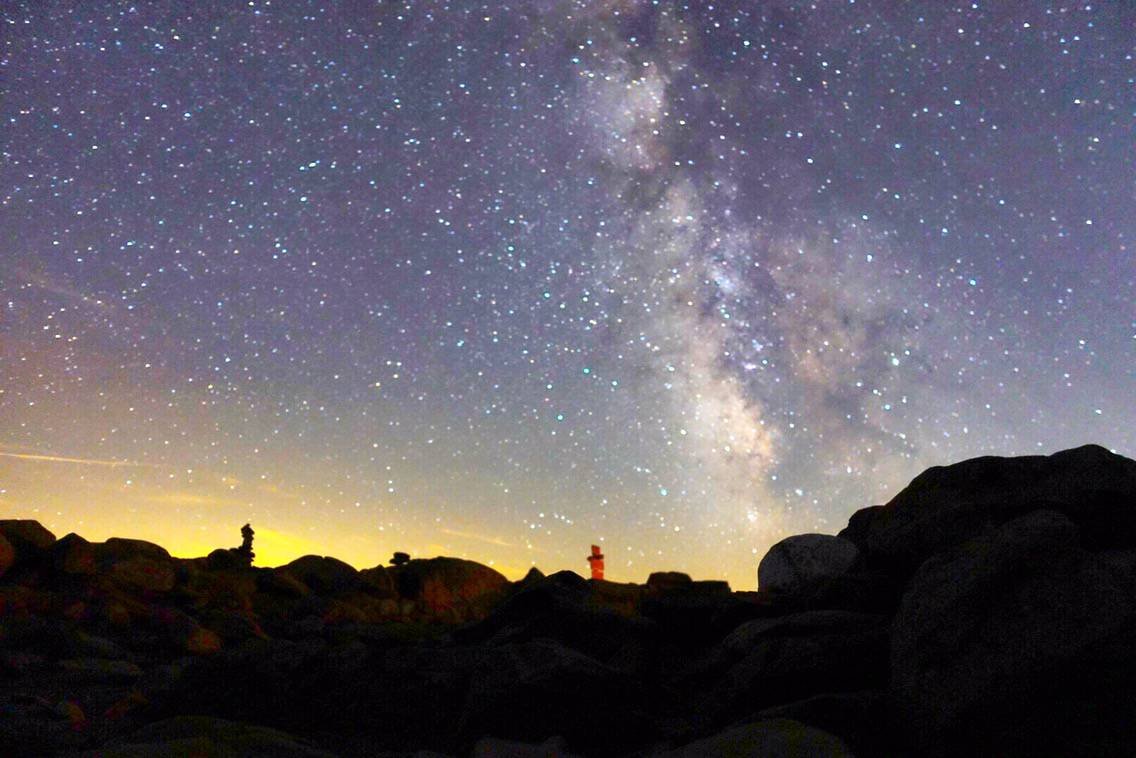 ‘Have you heard of the Omlette Man’, said fellow hiker Pinnapple as he overtook me. ‘He cooks up omlettes for hikers, he’s a trail angel’.

I hiked up a rocky section of trail only a minute or two from a forestry road to find several tarps strung up on makeshift poles and tied to trees. Camp chairs were laying next to the trail and a boxer dog was licking a hiker. This was the Omlette Man.
24 eggs is the record he told me. Not long ago a hiker came past here and ate all of them. The Omlette Man started dishing out trail magic last year and has reached legend status. I had 5 eggs, peppers, cheese and ham which must have weighed aroind 2 pounds. Wow, that was easily the best meal I have ever had on trail. It was so nice and so filling that I’m working on a way to cook or carry eggs on trail in the future, or maybe carry them while cycle touring on rough roads.

Mount Moosilauke is the start of the high alpine mountains of New Hampshire. I’ve been looking forward to this mountain for about 1000 miles. What I didn’t expect was just how long it would take my tired old body to climb up this hill. Well, it’s not really a hill, I had almost 4000 feet of climbing to the summit. Starting the climb after 3.30pm would ensure I would struggle to make the summit before sunset.

The climb was surprisingly steep and my already weary legs struggled to kept moving forward. About a third of the way up a couple were sitting next to the trail on the only flat spot of trail. I knew their plan. They wouldn’t be going any further.

I kept moving slowly up the steep climb as the sun was getting lower in the sky. It was nearly 6.30pm when I reached the flat summit ridge. I spied a flat section of ground just of the trail and considered setting up the tent right away, I’m glad I didn’t.

I continued another mile to the summit of Mount Moosilauke. I was rather excited by the climb and was buzzing with excitement. It’s the first time in a while that the trail has gotten me this excited. I set up the GoPro to take a time lapse of the sunset and set about cooking dinner. At almost 5000 feet it was getting cold very quickly.

My original plan was to stay for sunset then put on my headlamp and hike a couple of miles to the shelter and campsite. I found a small flat area with rocks piled up for protection against the wind. Not really enough room for my tent so I decided to cowboy camp. I was all alone on a mountain top, not a bad way to spend my birthday. During the night I woke in the cold damp air to watch the Milky Way move across the sky. Life is good.