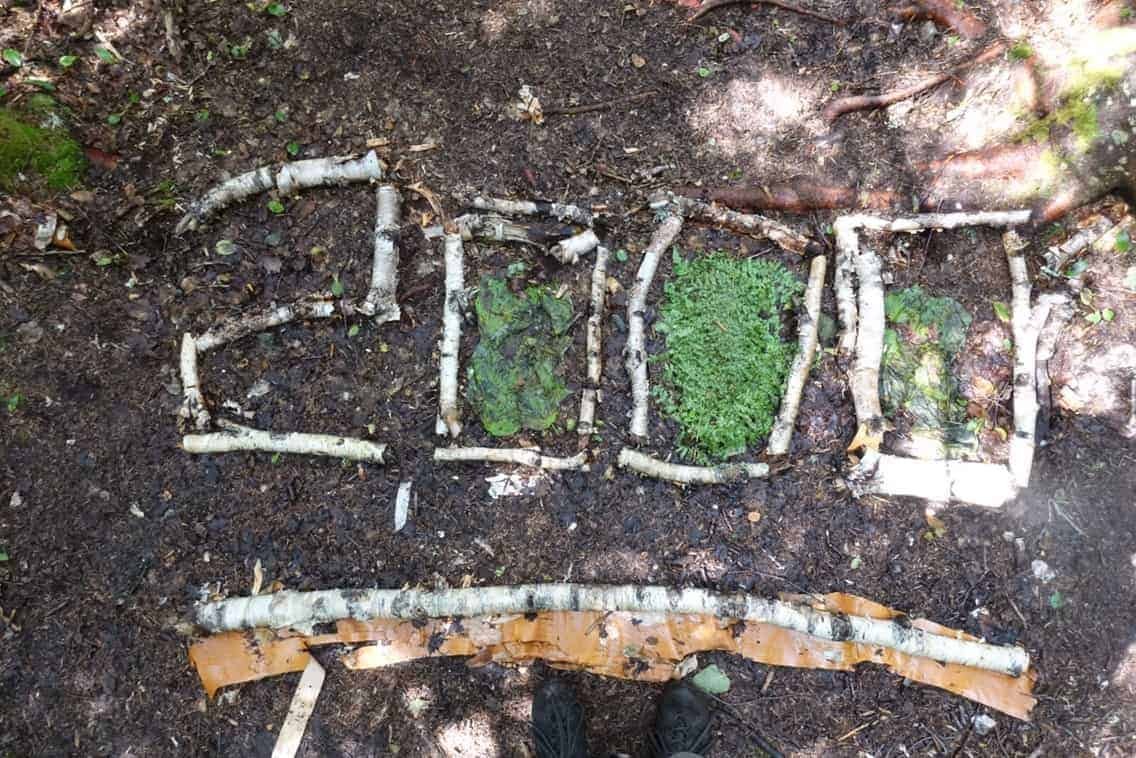 The first steps of the day were a little tender. I was favouring my right foot and the infected cut by hiking on my toes. After a while the pain went away and I was able to hike normally. All I could do was hope the antibiotic cream would do its thing.

I was hiking before 6am. By 6.30am I heard the first distant rumbles of thunder. The sky got darker and without the early morning light to guide me it was difficult to see where I was going. The dense sections of forest were so dark I was tempted to stop and get my headlamp out of my pack. By 7am I was thoroughly soaked and hiking in the middle of a thunderstorm.

The storm continued for about an hour. Every part of me was soaked and I dared not stop. If I did, not only would I get cold but my now waterlogged sore foot might fail me. So I kept on hiking.

It was starting to clear up when I passed a plaque on a large rock dedicated to the completion of the Appalachian Trail. Near this point the trail crews met and the trail was completed. That was on 14th August 1937, so the trail will be 80 years old soon.

Soon after the plaque I passed a couple lookouts. Misty clouds rolled through the valleys as the weather struggled to clear up. Soon the sun appeared as I descended and climbed yet another mountain peak.

By early afternoon the cut on my foot wasn’t causing me any problems. Even though my feet were soaking wet I didn’t want to stop to chance into dry socks. Just as well, another rain shower passed over as I reached yet another milestone, the 2000 mile marker.

I wanted to sit and rest but for the first time in a week I had cell phone service. My hiking buddy Thumper who has been ahead of me the whole time since leaving the town of Gorham sent me a text, ‘Free food in the town of Stratton for hikers from 3pm”. It was 2.30pm.

I walked the next couple of miles to the highway and hitched the 8 miles into town. The burgers were hot and the beer was cold when I arrived in the small town of Stratton. Finally reunited with my old hiking buddy Thumper. A local trail angel set up a BBQ in the middle town to feed the hungry Appalachian Trail hikers. Thank you.

It was getting late when Thumper and I shared a hotel room and I set about repairing my cut foot. The callous and its cut had been festering in the dirty, muddy water of my soaked shoe all day. When I removed my shoes and socks it looked like I had trench foot.

I set about trimming as much of the dead and calloused skin as I could. A blunt knife and nail clippers were my only tools of choice. A nice sharp razor blade would have been great. Mental note to self, add a razor blade to the first aid kit. After I trimmed the skin I treated myself to a long and hot bath then treated the cut with antibiotic cream and taped the cut closed with strapping tape.

The following morning I woke and my foot felt great. No pain or sign of problems. Trimming the dead skin, covering it with cream and strapping tape worked. But Thumper and I were really tired so we took a day of rest, rather than racing around to get back on trail. My body thanked me.

**** Warning, photo of very nasty foot with a cut on it. Do not read or view any further if you are eating or squeamish.****