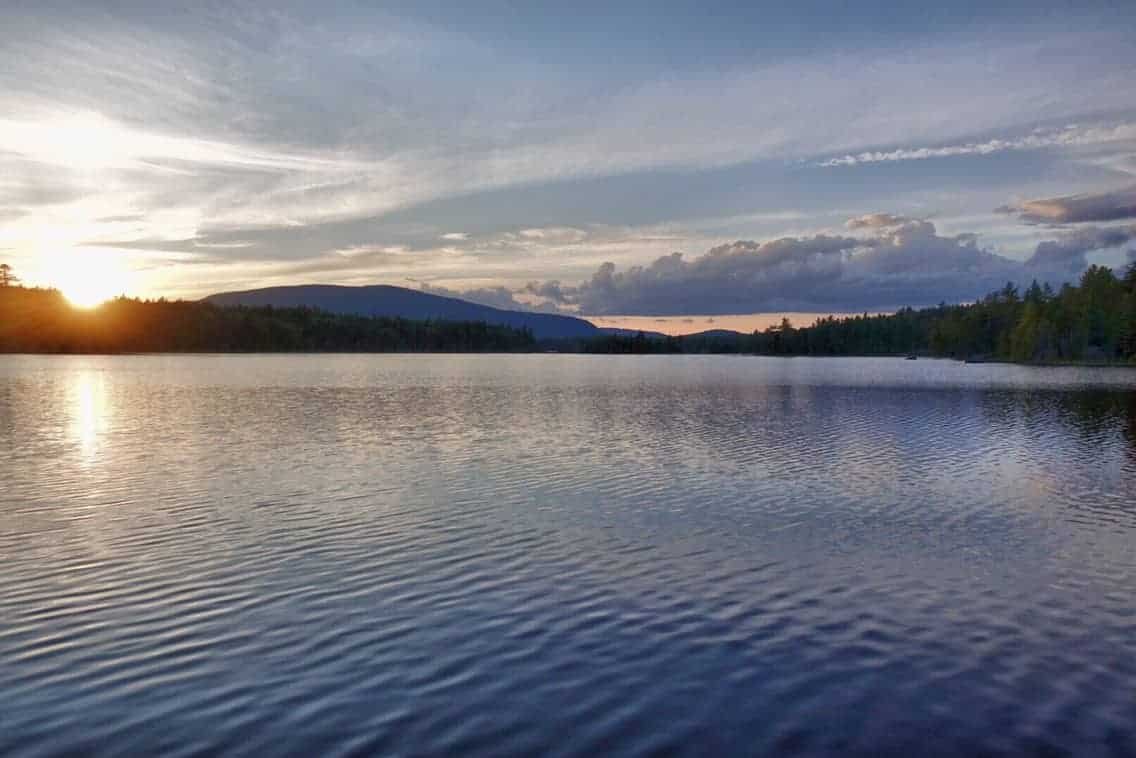 On 14th August 1937 the last section of trail was finally connected and the Appalachian Trail was born. It might have been conceived by a guy called Benton MacKaye but it was a dude called Myron Avery who turned the dream into a reality. And it was Avery who made sure the trail went all the way to Maine, otherwise I might have finished the Appalachian Trail on the summit of Mt Washington, its original intended end point. It took 11 years for the first person to thru hike the trail, Earl Shaffer. Most people doubted his story and doubted that it was even possible. His book is called, “Walking with Spring”.

Thumper and I descended from our campsite to the banks of the Flagstaff Lake, a large lake filled with loads of fish and few fishermen. Somewhere on the lake the morning call of the very Canadian bird, the Loon could be heard.

The morning did not treat us well. Both of us complained of stomach pain, legs like lead weights and fatigue. The trail was easy for the first time in many weeks or even months but we weren’t feeling the best. Maybe we are both just fatigued and need a nice long rest, hopefully that’s it.

The trail continued flat for most of the day which had our eyes gazing through the woods in search of our first Moose. Apparently the forests of Maine are full of them. We see lots of their poo but no moose. With lots of lakes, swamps and forests we keep our eyes open but still nothing.

Late in the day we were joined by another hiker, Flash. He joined us for the last couple of miles to camp. He started a full month later than me and finally caught up. We know each other through social media, he greeted me with the comment, “Hey, aren’t you the BikeHikeSafari guy”?

Camp was on Pierce Pond, a large lake with water warm enough to swim in. I lingered on the waters edge as the sun sank in the sky. There were a lot of hikers camped there and as darkness started to fall I set up camp, ate dinner, fed the mosquitoes and lay in my tent listening to the musical sound of the nearby stream flowing into the lake. As I tried to sleep the glands in my throat were swollen and sore.