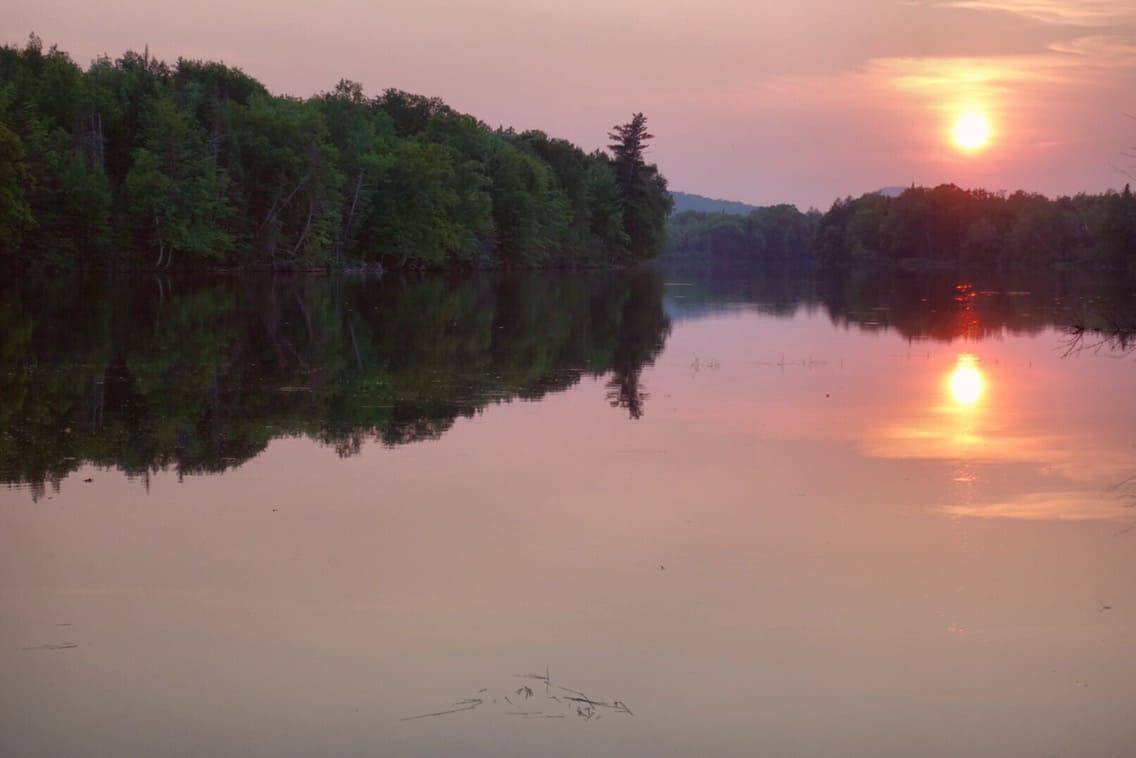 We were lethargic in the morning. It was hard to get moving but when we started hiking the trail was quite easy. The miles moved along quickly.

Thumper and I were hungry and completely out of food when we crested a small alpine slope. Blueberries. Sweet, ripe blueberries covered the slopes next to the trail. We dropped our packs and with sounds of ‘oooo and ahhhh’ we picked and ate blueberries until the sweet sugars filled our muscles. We lingered maybe 20 minutes. It was like being in an all you can eat buffet.

We hiked for about an hour with boundless energy before slowly running out of energy again. But it didn’t matter too much, we were close to a place called Abol Bridge. When we arrived it was straight to the restaurant. Our eyes were much bigger than our stomach. The sugary Dr Pepper tasted better than ever. Much later it was the taste of an ice cold beer. The serving of poutine was massive. Poutine is a Canadian specialty that consists of French fries drizzled with gravy and melted cheese curds. Just what a hungry hiker needed. And then there were the second and third courses.

The end of the trail, Mt Katahdin was visible from Abol Bridge. We could have stocked up on food and tried to climb to the top late today but with our energy levels so low it was not a prudent choice. We paid to set up camp next to the river and shower, do some laundry and eat. All the while the solar eclipse happened overhead. The moon only covered the sun by about 30%, which was not so impressive. 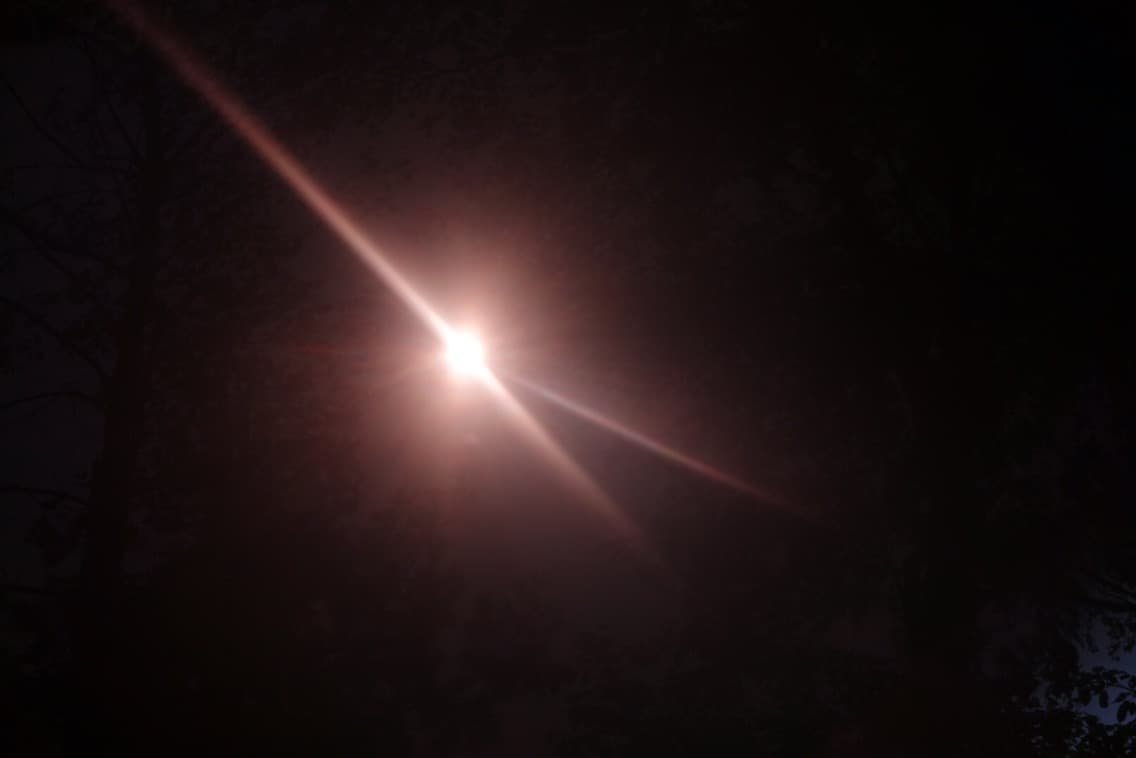 I ate some more and watched the sunset over the river with a cold beer in my hand. The trail had beaten me and almost broken me. Tomorrow it ends. Tomorrow I will be able to say, ‘I hiked the Appalachian Trail’.

Next : Day 129 – I just Hiked the Appalachian Trail