AT Day 5 – What a difference 24 hours makes – Hiawassee 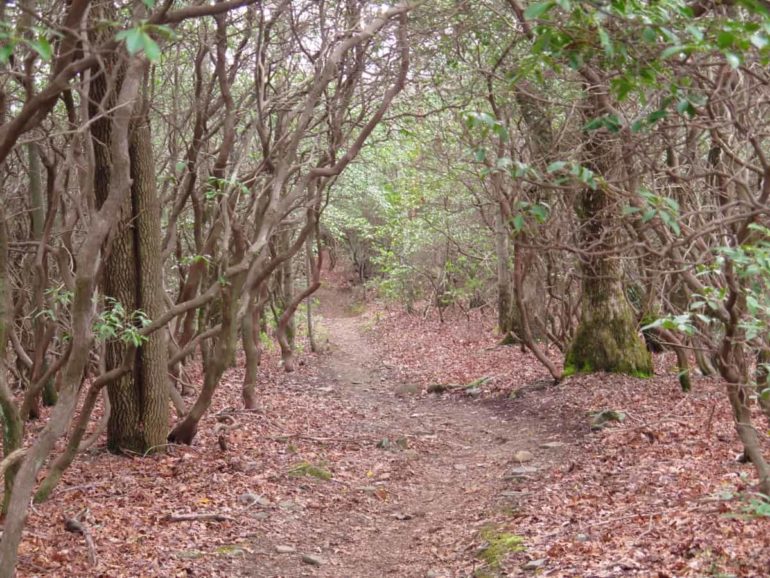 What a difference 24 hours makes. I bounced out of bed with a spring in my step. My energy had returned with interest. I felt lighter, stronger and motivated to be back on the trail. There’s a saying when thru hiking, ‘don’t quit on a bad day’. I had no intention of quitting but yesterday was certainly a bad day.

As per usual the low cloud and fog was persistent for most of the morning. The climb to the top of Trey Mountain should have had great views but not today.

My legs were feeling good and strong and the miles came quickly. I took time to notice the flowers just starting to bloom and the new shoots on the trees just starting their journey into summer.

By 12.30 I made it to Dicks Gap and the highway that would take me to Hiawassee. Yesterday I made arrangements with another hiker called Soop to share a room in town. I didn’t know where he was and he didn’t know where I was so I  walked down the highway less than 1/2 mile to a hostel called Top of Georgia Hostel. They offered me a free Dr Pepper, an electrical outlet and the wifi password. I wasn’t going any further.

For $30 I had a bunk bed, laundry, wifi, shower, towel, coffee, breakfast and a shuttle into town for dinner and resupply. I showered, charged my phone and had my laundry washed when Soop walked in, I had passed him, somehow. With no access to the internet for several days I quickly updated some blog posts, including this one and headed into town with about 10 other hikers to enjoy Mexican food. After spending almost 12 of the last 18 months in Mexico I found myself eating Mexican food.

A couple of beers and burritos later I went to the Dollar General store to resupply. Four days food for less than $15, bargain. I forgot to mention there are these things called hiker boxes. Leave what you don’t want or take what you want. I seem to be the only hiker that likes oats for breakfast as there were enough in the hiker box to feed a hiker for 3 weeks worth of breakfast. I almost could have completely resupplied out of this box.

Including meals, resupply and accomodation I spent around $60, that’s not bad for a town stop. As per usual. It started raining as the sun was setting. There’s another expression about hiking the Appalachian Trail, ‘No Rain, No Pain, No Maine’.

Next : Day 6 – The Lands of the Cherokee