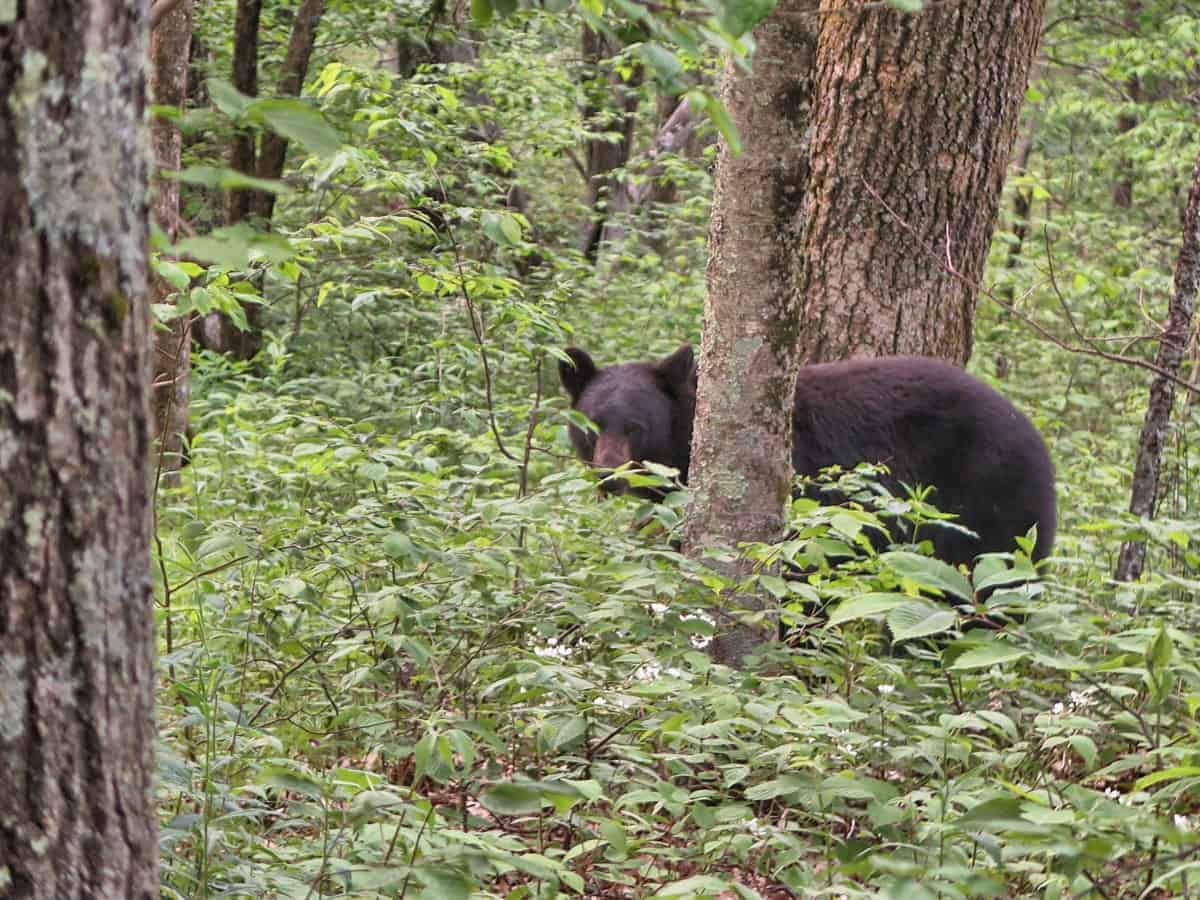 Appalachian Trail Bears are not all the commonly seen and when I set off hiking at 6am I wondered if I would ever see one. The sun started to rise and my only companions were the birds.

It wasn’t until I reached the Loft Mountain camp store in Shenandoah National Park around 8am that people appeared.

I think I’ve already mentioned that I did very little planning for this hike. My poor planing had me carrying way too much food. These Camp Stores carry snacks and hiking meals, some even have restaurants. I could have resupplied at this store. There are several more further up the trail.

I downed 2 litres of milk and continued my hike at a considerably slower pace. The slow pace continued for quite a while but I still managed forward progress despite resting often. I think I drank too much milk.

I took an extended rest break on top of a hill just past the 900 mile marker and planned out my next couple of days. I’ll be able to resupply or get a meal most days for the next 100 plus miles. I also looked at the weather forecast and was disappointed.

My hiking mojo returned late in the day when I decided to stop and have an early dinner. The meal flooded me with energy. I was fuelled up and ready to go. I took advantage of this newfound energy and planned to walk until near sunset.

After 14 hours of hiking, albeit with plenty of rest breaks I started to look for a place to camp. I rejected a slightly rocky piece of flat ground and kept hiking.

Not 1 minute later an Appalachian Trail bear met me on the middle of the trail. It kept walking towards me. I was talking very loudly at the black bear, asking it politely to move of the hiking trail. I inched closer, all the while talking to the bear. It was about 25 meters away from me.

It took about 2 minutes for the bear to slowly make its way off the trail. It stopped often to dig around the ground in front of it. This bear was not afraid of me. I’m sure it’s had lots of contact with humans before.

I was disappointed with the photos as they were not very crisp but it was quite dark so not ideal. I was not afraid of the bear encounter, at no time did I feel threatened.

I pushed on hiking another 2 miles until darkness approached. I didn’t want to camp too close to a friendly bear. After reading the weather forecast I found a flat but well drained campsite for the night.