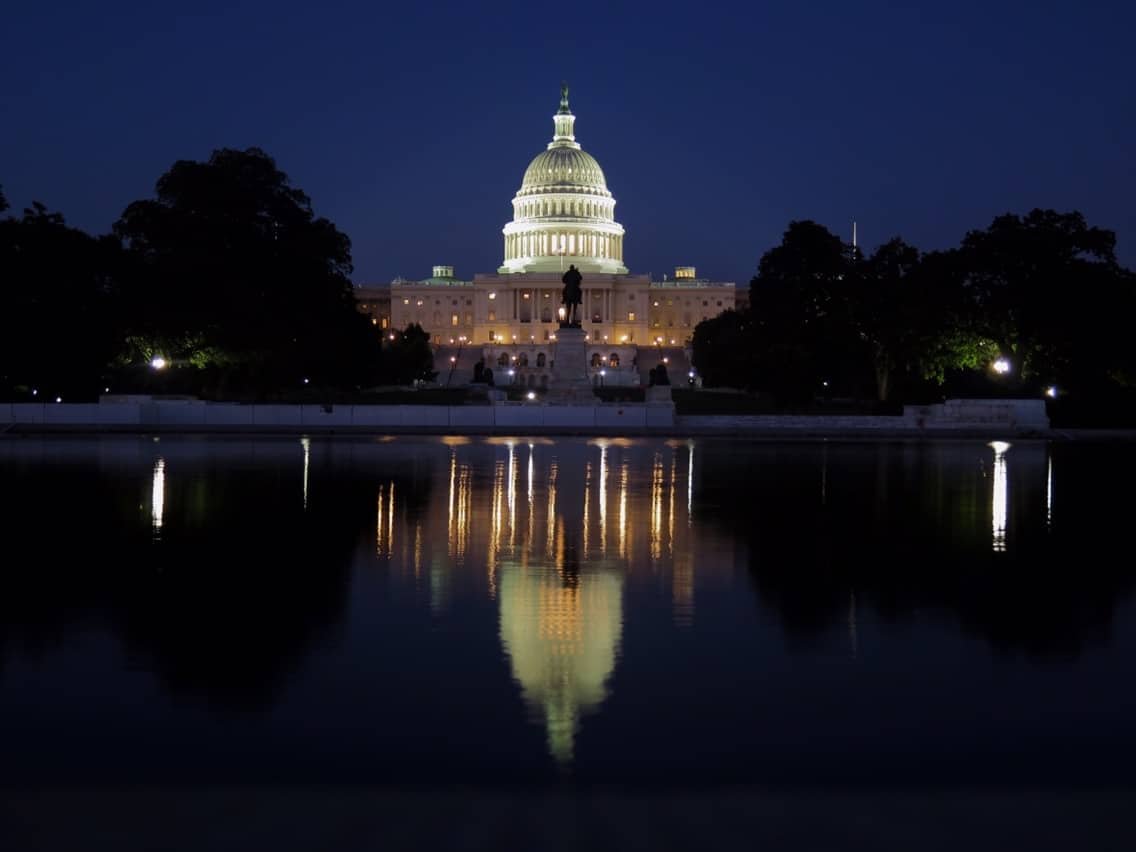 What is the closest Appalachian Trail town to Washington DC?

Harpers Ferry – Around 11am everyday the Amtrak train from Chicago pulls into the small historic railway station of Harpers ferry on route to Washington DC. An hour and a half later it drops off hikers at Union St Station in downtown Washington. All this for $13.

Amtrak has a bad reputation for running late. I’ve been told it’s not their fault. The trains run on tracks owned by private freight companies and their private train always have priority.

My train from Harpers Ferry to Washington DC was almost 3 hours late. The 10 or so hikers took the downtime to rest or sleep on the platform like the homeless people we are.

I didn’t realise how many tourists visit the capital. This was confirmed by the expensive and often fully booked accommodation. As it was late in the afternoon when I arrived I ate a meal and rested in my not so cheap dormitory room at a hostel.

There were selfie taking humans everywhere the following day when I went to visit Donald Trump’s house Joe Biden’s House. The White House is something I’ve only seen in movies, tv shows or fake news broadcasts. In real life I thought it was possible to get closer. My zoom lens struggled to take a descent photo.

There are so many museums in Washington DC that I chose to only visit two. Both these museums house things that interest me a lot. The Natural History Museum and the Air and Space Museum. I could have visited another couple but then I’d be rushing and I was already quite tired.

The Nature History museum was overwhelming and underwhelming at the same time. A lot of the same repeated themes that I’ve seen in many other museums during my travels and a few surprises. For example, I never New the Hope Diamond was a real thing, it’s on display.

There was also a display on the African country of Mali, which was my most favourite country that I’ve visited in Africa. There was a feature on the mud mosque of Djenne and its restoration. I visited the mosque and watched the craftsmen restore and repair the place when I was there many years ago. I was also lucky enough to visit the ancient city of Timbuktu before militants decided to overrun the place. I’ll be back to Mali again one day.

The Air and Space museum seemed to be the busiest museum in Washington. Several original and replica space craft are there including a replica of the moon lander called ‘Eagle’. Remember the often repeated voice message, ‘The Eagle has landed’. I could have spent more than a day exploring and learning from this museum but after about 9 hours on my feet walking I was tired.

The late afternoon was spent on the mall. The large grassy strip that separates the sites such as the Lincoln memorial, Washington Monument and the impressive Capital Hill. I believe Washington himself is buried in there somewhere. I’m not sure if it’s possible to go inside. By now it was dark.

The train back to Harpers Ferry from Washington DC left on time at 4pm the following day. As I was planning to be back on the Appalachian Trail the next day I rested, resupplied and sat in the air conditioning at Subway long enough to almost fall asleep in my chair, just like the homeless lady across from me. Washington is a Mecca for the homeless in USA almost as much as it is the Mecca for the privileged and most powerful people on the planet. I glad I made the side trip.

With this part of the Appalachian Trail closest to Washington DC it was well worth the trip.