AT Day 7 – My first week in the trail 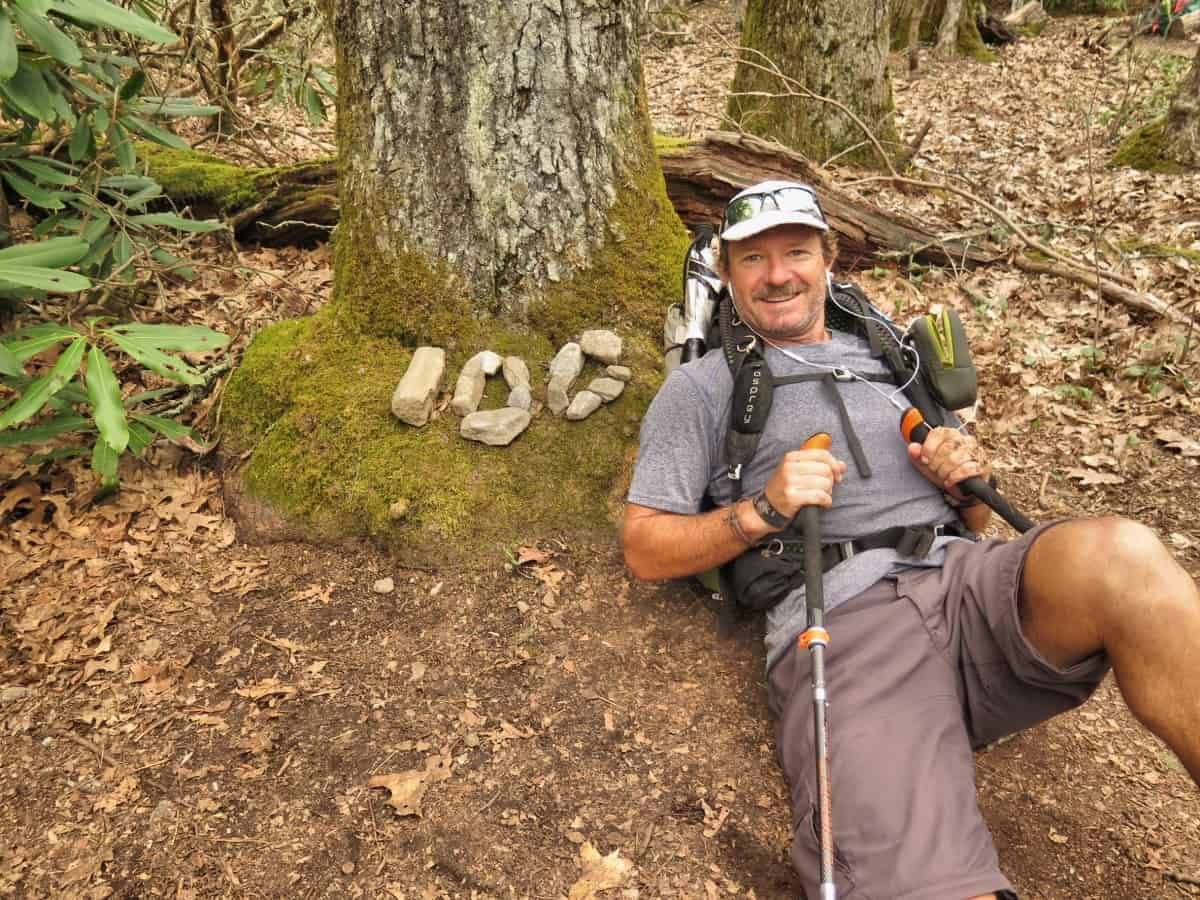 First Week on the Appalachian Trail

I climbed to the top of Standing Indian Mountain, the summit is on a small side trail. I don’t think too many hikers make this very short side trip. The view was nice, looking over the lake near Hiawassee. The area has an interesting Cherokee legend attached to it.

The Cherokee have a story about Standing Indian Mountain. Once there were flying monsters that would swoop down and steal children. A warrior was sent to the mountain to keep a look out. He was scared and ran away. As punishment for his cowardly behaviour he was turned to rock.  The flying monsters were eventually destroyed by the ‘great spirit’ who used thunder and lightning to kill them.

The same rock I was standing on at Standing Indian Mountain. In Cherokee language it is called ‘Yunwitsule-nunyi’, which translates to ‘where the man stood’. It doesn’t matter where I travel in the world, the stories from the ancient people not only fascinate me but they all tell a similar story.

After climbing the mountain the rest of the days hiking was relatively easy. I walked an hour or so with a couple of other Aussie hikers, and guess what, they are also cycling around the the world. Small world. I’m moving quite a bit faster than them but I hope to meet them at Trail Days in Damascus, Virginia, which is the big hiker gathering on 19-21 May.

There was a short punchy climb up a steep section of trail to Alberta Mountain which had a fire tower on top that was locked, so I missed the 360 degree views.

While at the fire tower there were 3 other hikers. I overheard a phone conversation with a shuttle driver. Pick up at 5pm from Rock Gap, just over 5 miles away. It was 1.30pm. I had enough time to make it there. A good meal and a cold beer was in my mind. I caught my hiking buddy Soop, the only guy hiking at my pace  and told him of the new plan.

Only a very short distance after the descent I reached a small rocky set of numerals. I’ve reached the 100 mile mark on the Appalachian Trail. If I repeat this kind of distance 21 more times I’ll finish the trail. Considering this is Day 7, I’m doing quite good for time. Let’s hope injury and illness do not affect me.

About 1 mile from the trailhead there was a lady in all sorts of pain. She was hiking awefully slowly with lots of sounds that equalled agony. I offered to carry her pack to the trailhead but she refused. Not long after I met some locals who warned me of a large storm front about to hit the area. A good idea to be in town, I think.

Just before 5pm the shuttle arrived. I ran back up the trail to see if the injured lady was nearby. Thankfully she was close to the end of the trail. I grabbed her backpack off her and told her she only had 200 yards to a van that would take her to the nearest town. I think her hike is over.

We made it to town and had dinner, laundry and resupply completed before the storm hit st 9pm. The forecast called for 4 inches (100mm) of rain. Glad I’m not camping tonight.