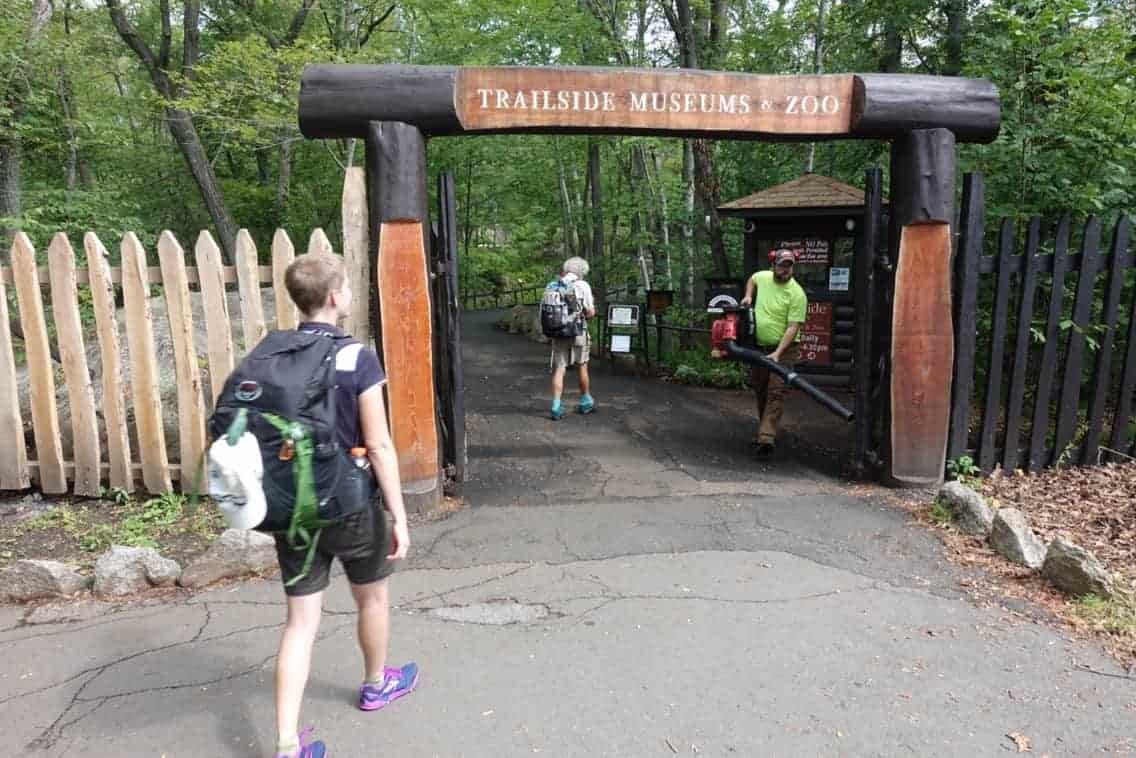 Fresh and clean Rocky and I got a lift back to Bear Mountain Inn. Rocky would be leaving on a bus to New York City then to the airport and back to Europe. With a couple of hours to kill we wandered to the nearby Trailside Zoo. Possibly the strangest route that the Appalachian Trail takes is through a zoo. Yes that’s correct, the trail goes through a zoo. It’s only open from 10am to 4pm, outside those hours hikers need to take a side trail around the zoo.

I met a hiker by the name of Voyager, he is hiking the Appalachian Trail for the second time. He’s already hiked the PCT and CDT twice as well. He will become a double Triple Crowner if he finishes. That’s a lot of miles of hiking.

The zoo is filled with rescued and injured animals. A couple of bears, bobcats, many snakes and aquatic animals make up the inhabitants. The Trailside Zoo also holds the record as being the lowest part of the Appalachian Trail at only 120 feet above sea level. As it was a weekend there were many visitors.

New York State seems to have more diversity of nationalities living there than anywhere else in USA. English was the least spoken language. People from Latin America, Russia and India seemed to dominate. And most of them seemed to be visiting the zoo and having a picnic in the area.

I said goodbye to Rocky as she took the bus back to New York then to the airport to fly back to Europe. Back to corporate life. I crossed the Hudson River on a tall bridge then climbed into the mountains away from the crowds.

After about 3 hours hiking I arrived at a trailside gas station to resupply and enjoy a pizza for dinner. I was in no rush to leave as a thunderstorm moved in overhead. Many hikers lingered eating pizza and drinking beer. I hiked out alone and made another couple of miles till I found a flat piece of ground for the night.