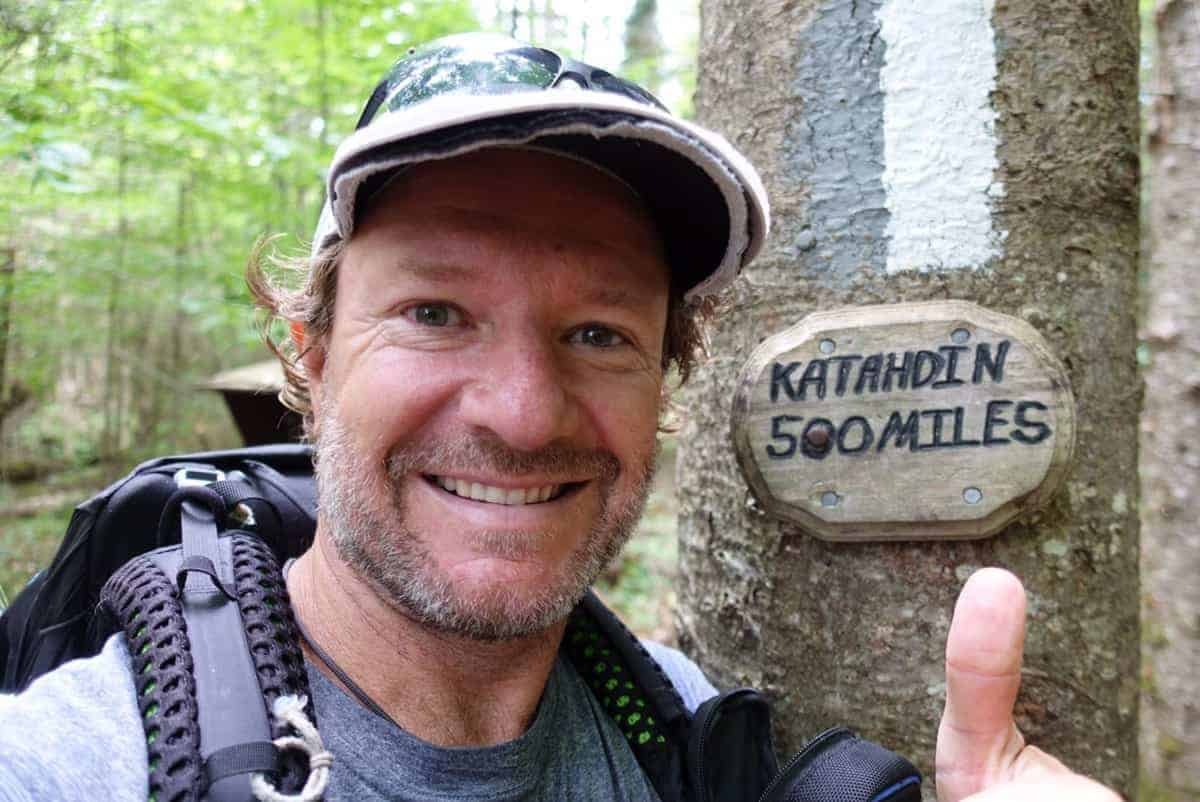 If I could rate my sleep last night it would be 5 stars. The thought of a freaky dude returning to camp was forgotten. Thumper and I were on a mission to climb Mt Killington, the second highest peak in Vermont.

For the first part of the morning we had views of Rutland Airport and the narrow river canyons, the miles were coming quickly. When we reached the main highway we spotted a lot of hikers getting out of a van. They were slackpacking. A local hostel or shuttle driver would take them to the trail and pick them up 20 miles further down the trail.

With 500 miles to go on the trail trail we were greeted by some trail magic. We had planned to take a rest break in the area as it was the base for the large climb up Mt Killington. I had a cherry Dr Pepper and a beer. Thank you to the former thru hiker from Kentucky.

It was a long drawn out climb to the summit of Mt Killington. I had a load of energy and set up the mountain at a cracking pace. Every once in a while I could hear a grown from my hiking buddy Thumper as he tried to keep up. Near the summit I slowed down and Thumper powered on ahead.

There was a punishing steep climb over the summit, past the communications towers to the summit lodge. Comfortable chairs, burgers and Dr Pepper were the rewards and the view wasn’t too shabby.

On the descent we made good time to the town of Killington. I nearly broke Thumper with the long day so he decided to stay in a hotel. I wanted to push on a bit further as I was meeting a friend tomorrow. The 27 mile day easily convinced me to take a shower and sleep on a comfy bed. But it would be an early start for me tomorrow.