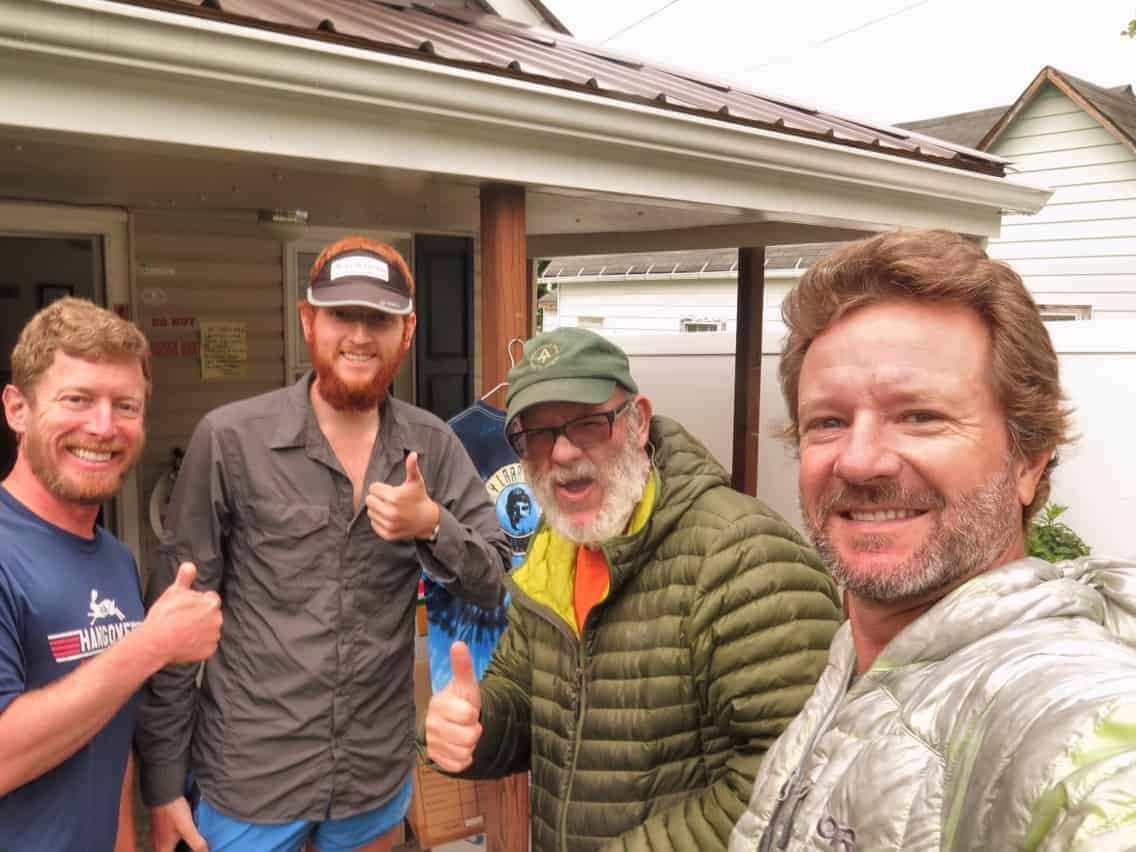 It was a couple of hours easy hiking when I left the state of Tennessee and hiked into the 4th state of my hike, Virginia. I reached the border with zero food left. I found a packet of Scoobie Snacks strategically placed on the middle of the trail and ate them. Shogun was ahead and as I fell further and further behind he knew my energy levels were failing. The sugar hit kept me moving.

Shogun and I covered the 14.3 miles by 12pm. We were in the town of Damascus, a place where 50% of hikers fail to see as they’ve quit the trail by now. Despite my hunger we needed to find a place to stay, this place can get crowded with hikers and there certainly were a lot of hikers in town. It took us several attempts to find accommodation. Some places were closed or had been forced to close by the local government, others were full and some charged extortionate fees. Crazy Larry let us stay at his hostal. Shogun and I had our own room, a clean bathroom, laundry, wifi and breakfast for around $35 each per night.

With a bed secured for two nights we set off for the post office via the Mexican restaurant. I had 6 packages in total. As I was having my first day off, known as a Zero day, I posted myself my bounce box with my computer, extra clothes, extra food and some items to repair gear etc. I bought myself a very flash new GoPro, I plan on making some cool videos of the hike. Another box had some GoPro mounts, another box had a new battery to recharge my phone and GoPro as I hike. My previous battery failed.

One of my kind readers sent me a resupply box. Her son Aquaman hiked the CDT last year, he hiked southbound, I met him in Idaho. Thank you Kathy and family, I’m going to eat well in coming days.

Another kind reader sent me a Subway gift card. I made great use of it on my day off for lunch. Thank you Mary Alice. And thank you to the many other kind people who have donated money to buy me meals on the trail. I feel blessed.

As my resupply was taken care of I had a rather relaxing rest day, so did Shogun. Early afternoon the town was put on tornado watch as a particularly strong storm cell moved into the area. Shogun is a keen storm chaser and was excited. He is such a weather nerd he created a weather website for the Appalachian Trail. Check it out here AT Weather.

The tornadoes didn’t eventuate but rain, wind and thunderstorms did. Poor hikers north and south of Damascus were getting smashed by the heavy rain. I sat in my climate controlled room relaxing when a rain soaked hiker walked into the hostel. It was Delicate Flower. We hiked a couple of days together last week. He was miserable after being hit by the storm. Over a couple of beers the three of us planned to hike together for a while. Both Shogun and Delicate Flower are freaky Ultra Marathon runners. I’m just a regular dude. I hope they can keep up with me.