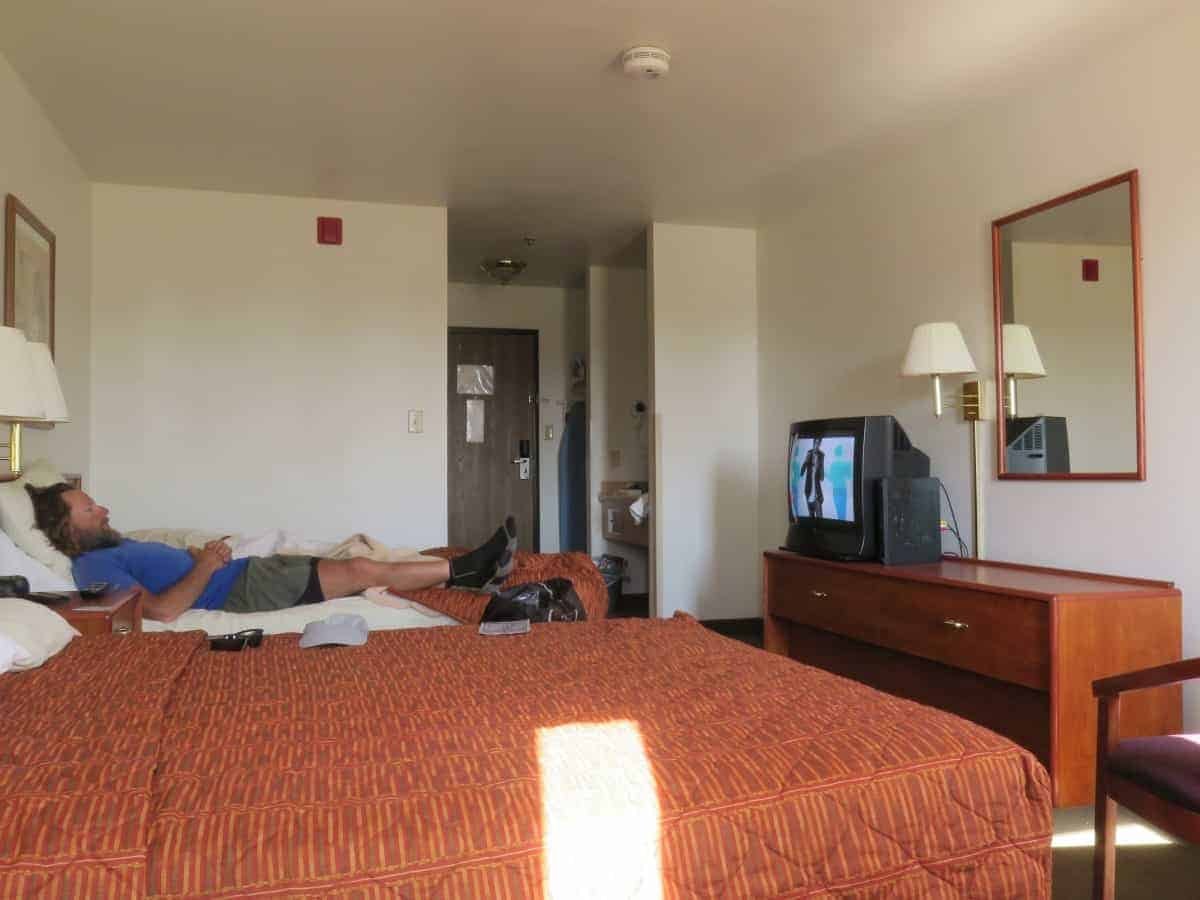 Happy 21st birthday to me (again). Actually, I’m 46 now. Sometimes I think about my life. According to society I am in the prime income earning years of my life. Instead I choose a life of adventure. Not one regret. One day I’ll find a way to help and inspire others to adopt a similar life to mine. Stay tuned, I’m thinking and working on it now.

The fires in the Wind River Range area near the town of Dubois seem very serious. Part of the CDT is closed but a minor detour has been in place with only a minor inconvenience to hikers. None of us mind the detour. But we all hope the residents, firefighters and ranchers in the area are safe.

I bought smell proof bags to store my food, known as Opsack bags. I washed the sweat and food smells out of my backpack. It needed a wash. And for my time in town I consumed as much healthy food as my body would allow. I also had a beer or three at the brewery. I shouldn’t have but what the heck.

Also, an update on my Plantar Fasciitis. I’ve been diligently stretching and massaging my feet and achilles region. It’s still tender from time to time but very manageable. Thank you to all the kind people who have given advice. I’ve taken all of it in board and found what works for me, which is stretching and massage of the affected areas. Again thanks.

Another thing. I was in a store today and everybody was talking about some sort of Pokemon thing. I suddenly realised I’ve been wasting my life away with all this hiking and cycling the last couple of years or not.