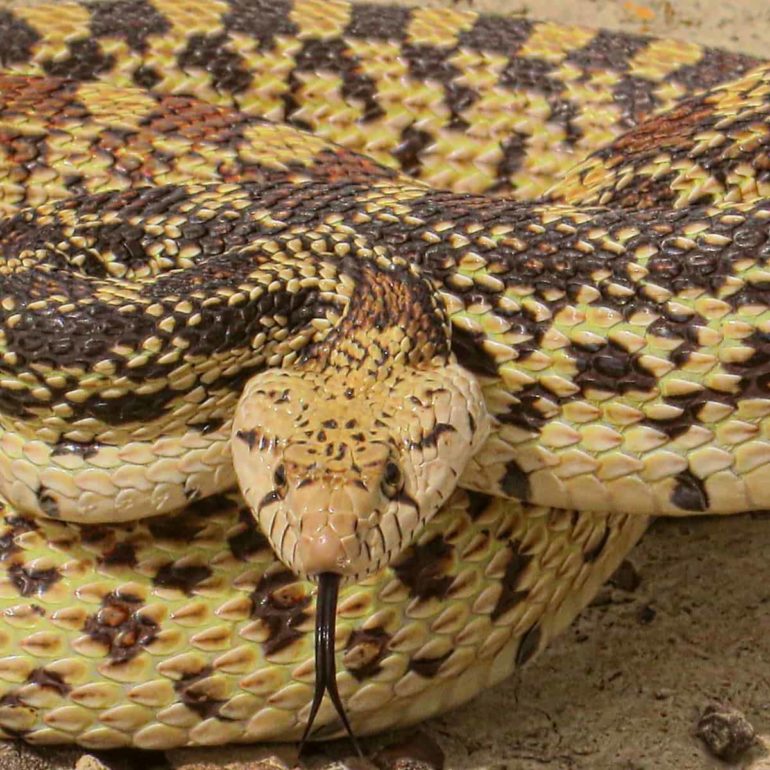 I woke many times during the night. Each time it was raining. The morning was fine with only light clouds. Again I was hiking before the other had risen from their tents.

The morning sun did a wonderful job of lighting up the surroundings. Cliffs, river beds and canyons of all the colours of the rainbow.

I was ambling along the trail, near a set of cliffs that led to yet another mesa. I jumped when a large snake lay in the middle of the trail. Initially it wasn’t bothered by my presence. Then it puffed itself up into the defensive striking position. It’s tail quivered like rattlesnake but it wasn’t a rattlesnake. It’s called a Bull Snake. A cranky non venomous snake that is all show. It acts like a rattlesnake. I took some photos and videos then moved it off the trail. My hiking buddies would be along soon and I didn’t want them to stand on it.

I climbed onto the mesa then heard a crash of thunder. A large storm had build up behind me. I wasn’t paying attention. I was unsure what direction it was heading so I continued hiking. All the while studying the build up of this storm.

There were many flashes of lightning. Each time I would count how many seconds till the thunder growled. It was getting closer. 8 seconds. 5 seconds. 3 seconds. I looked for shelter but there was none to be found. I was on a flat top mesa, I was the highest point. I started running. The wind had now picked up and was icey cold. The storm was moving right above me.

In the distance I spied a dip in the trail. There were several small trees. I cowered under a small tree and put on my rain gear. The lightning and thunder continued. Then came heavy rain. Then hail.

I’m not sure how long I waited out the storm. Maybe 20-30 minutes. The rain and hail did eventually stop. The lightning was moving further and further away. I started hiking again. The mud was sticking to my shoes making them heavy. I slipped on many sections of the trail.

I approached a highway. Crunchmaster and Spontaneous were behind me. They walked right through the storm. Their assessment of the risk was clearly not the same as mine. Hiking during a lightning storm with me being the highest point is not a risk I want to take, if there is another option.

We reached a water cache stocked by the local Trujillo family. Thank you. We filled out water bottles and found out the next water was around 15 miles away. We had already traveled around 14 miles. It was almost 2pm and we decided to try and make it to the water cache.

I was tired. The constant up and down started to deplete my energy quickly. I didn’t think I would make it. I carried a little extra water in case I fell short and needed extra water for dinner and breakfast.

We ran into a couple of weekend hikers heading southbound. They also got caught in the storm. The guy had welts on his back from the hail. We survived the start of the storm. As the day progressed it appeared to be intensifying.

It was 6.15pm when we stopped to eat dinner. It was at the exact spot that marked 500 miles. That’s 500 miles of hiking in 4 weeks. We were all exhausted. I didn’t think I could make the water source. It was just over 4 miles away. But I decided to try.

By 8pm I was 2 miles short of the water and too tired to continue. Crunchmaster was the same. Spontaneous was probably already at the water. It didn’t take me long to put up the tent and crawl in. Just one last thing to do before I fall asleep. The same thing I do every night before I fall asleep. Write this blog post. Good night. I know I’ll sleep well tonight. One of my most favourite days of the whole trail.

Sorry if the photos are out of order. My blog is getting cranky with me. 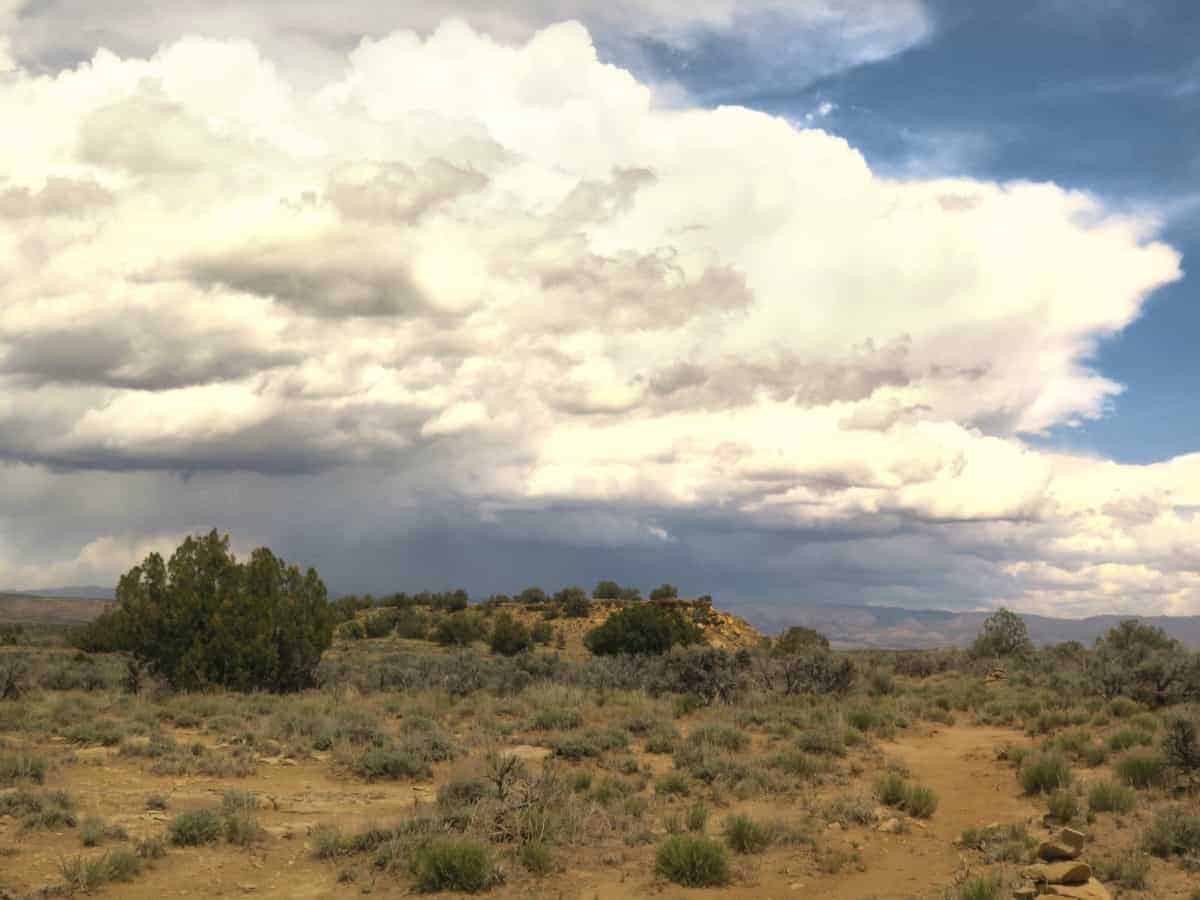 All the tips you need to hike the CDT : Continental Divide Trail

Where to buy all the best gear for Hiking the Continental Divide Trail:
REI.com | Moosejaw.com |Wild Earth Australia |Amazon| Backcountry.com