CDT Day 48 And the Thunder Rolls 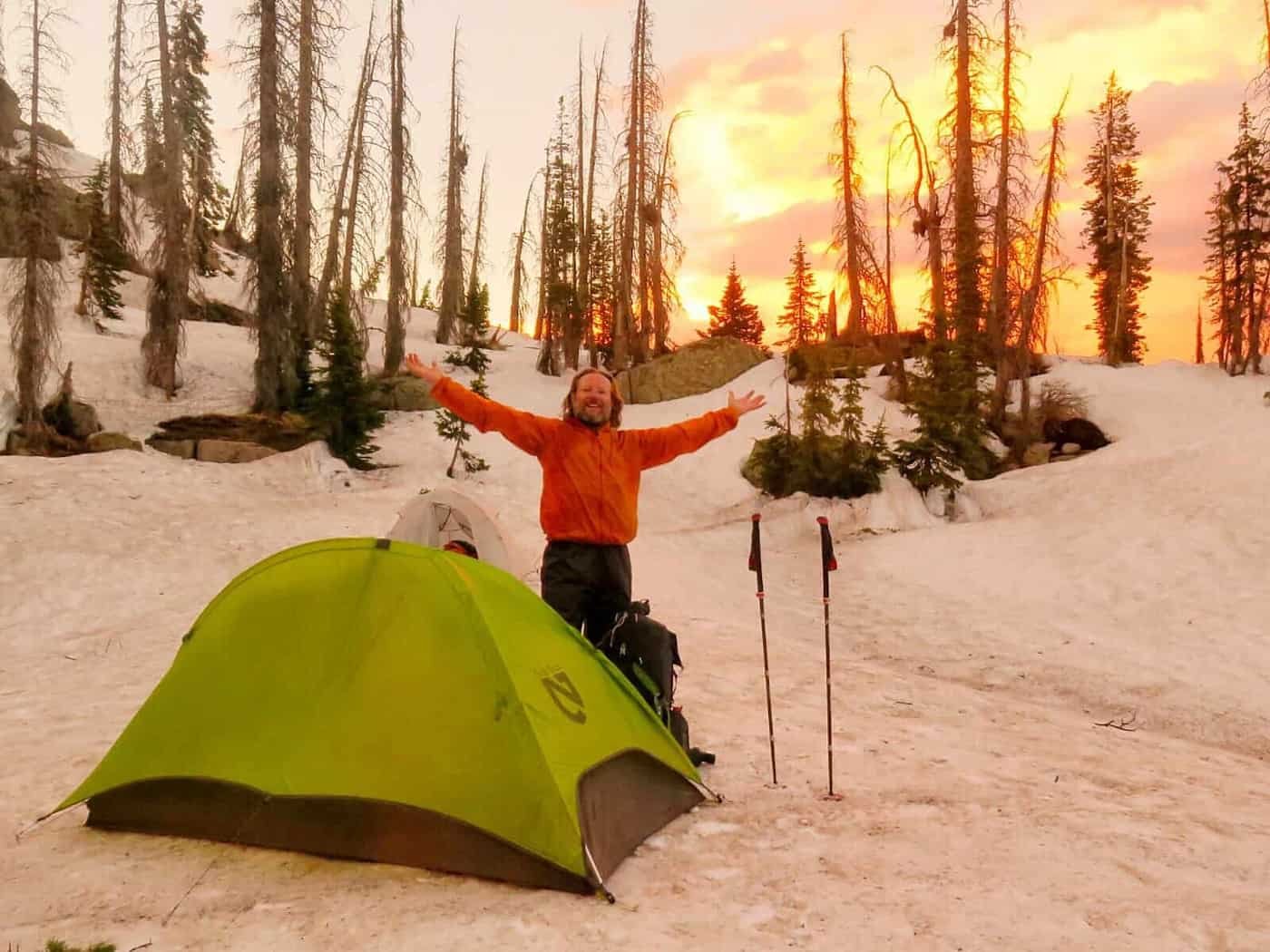 Our decision was made to leave. But not until after lunch. To my surprise it didn’t take long to get a hitchhike lift back to the top of Wolf Creek Pass. A lovely lady even went out of her way to take us there. My faith in humanity restored.

Once at the top I had a 7 mile roadwalk to do. When we exited the trail several days ago we followed forestry roads. We were 7 miles short of the trail. I have a rule for my thru hiking. One unbroken line of footsteps. Which for me meant walking downhill for 7 miles then hitchhiking back up.

It was 2 hours before I got a ride back up. I agreed to meet Spontaneous at a lake 5.5 miles up the trail. It was now 5.30pm. The rain, lightning and thunder surrounded me. Two adventure cyclists were huddled under a small shelter. I joined them in conversation while we waited out the worst of the rain. The shelter was at the top of the 10000ft plus Wolf Creek Pass. Many tourists stop to look at the snow and take photos. For a short period we were celebrities. I’m hiking the CDT and they are cycling the mountain bike equivalent, The Great Divide Mountain bike route. I’d heard of the mountain bike route before I heard of the CDT hiking route. It’s on my list to cycle it one day.

It was late when I set off. Some stray lightning bolts had me cowering in a patch of pine trees. I waited maybe 20 minutes before I was satisfied the storm was moving away from me. The rain, however, was not in any hurry to move. I hiked for maybe an hour in the rain.

I hiked on the trail for short parts but mainly it was a case of navigating through the snow. As far as I know there is only one group of 4 hikers ahead of me. They left 36 hours ahead of us. I could see their faint tracks in the snow. There were a couple of other footprints in the snow. For the first several miles some hikers have followed this trail before taking a low route called the Creede cutoff. It misses the best of the mountains and we want to try our best to stay in the trail and see the best of what Colorado has to offer. But the conditions will determine if that is possible.

I caught up to Muley in the late evening. She was camped alone on a flat snow patch. I stopped just long enough to say hello and wish her well on the hike. She is taking the Creede cut off low route so will not see each other until I catch up to her, if I catch up.

In the late evening the sun started to show off. It peaked under the stormy skies to illuminate the clouds in that special sunset kind of way. I found Spontaneous next to Rock Lake, our agreed meeting point. I set up my tent in the snow. On the distance the sun was setting against a backdrop of the thunderstorm. With the occasional flash to add to the drama. We are back on trail. Let’s hope there is less snow and it’s safer than my first experience in the San Juan Mountains.

2 thoughts on “CDT Day 48 And the Thunder Rolls”