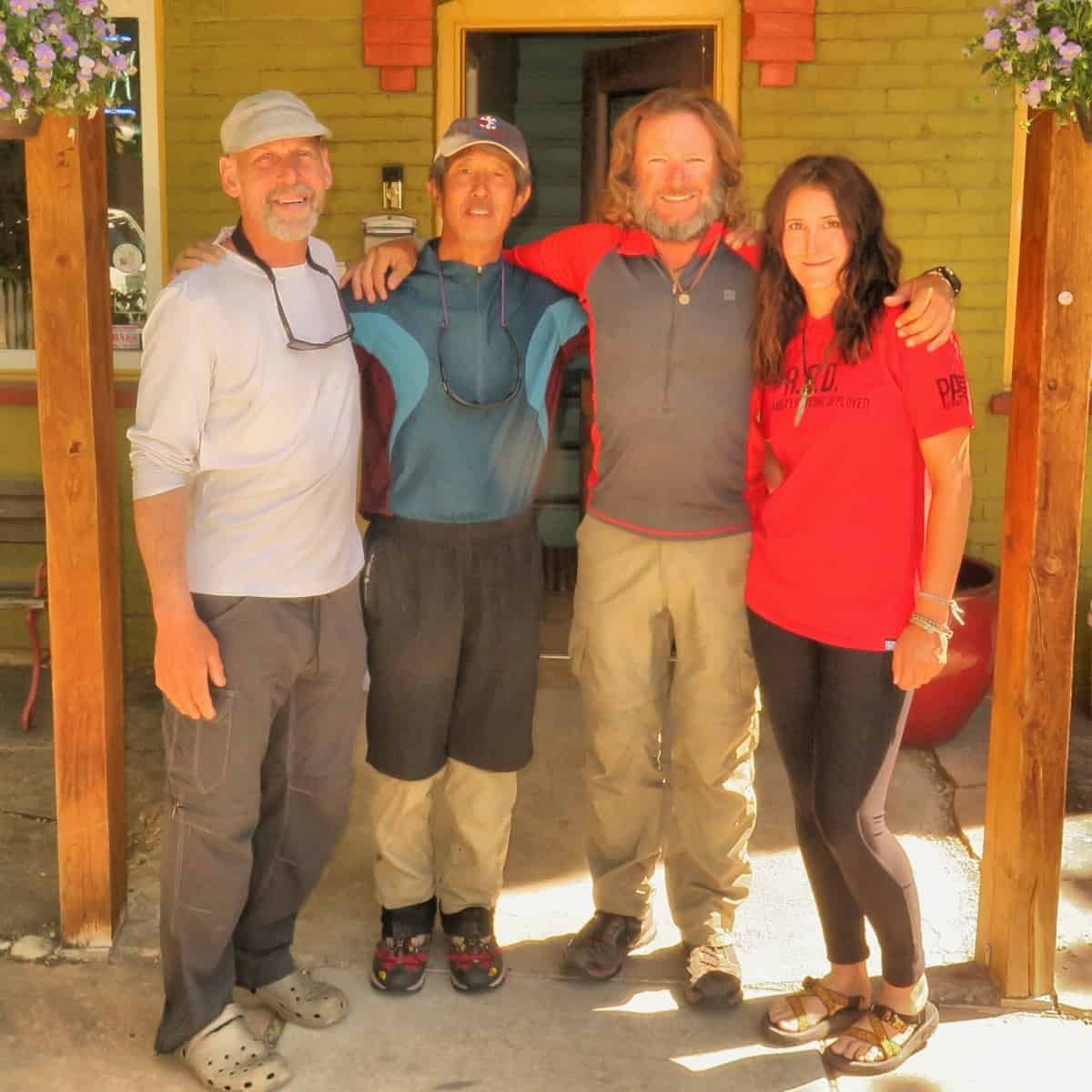 I needed a rest. My mind and body was exhausted. Salida was an amazing place. Good atmosphere, nice people and an event called Fibark the largest white water festival on the world.

I stayed at the local hostel. Several other hikers were there, Thermometer, Buttercup, Zippy and Big John. There was another hiker staying there, Angela. She wasn’t hiking the CDT or Colorado Trail, she was hiking across the country west to east. A vastly different journey but with many similarities to my own. She is ex-military and is hiking to raise awareness for Post Traumatic Stress. As I’m ex-police we had a common history of service to country and service to community. We spent many hours talking about our past and present lives.

As the Fibark festival was happening I spent some time having a look around. Angela, Big John and I had a night out at a local concert. A rather unusual band with 14 members played some kind of upbeat music that included several brass instruments, several drums and occasional acrobatic dancers. All the while they dressed like a poor persons version of the village people.

I walked into a cannabis shop. The stuff is legal in the state of Colorado. I don’t smoke the stuff but decided to have a look. Many years ago I remember reading about cannabis being legalised in Colorado.

Turns out it is taxed and the tax dollars are directly used to fund schools and education. Stoners are happy, police spend less time dealing with minor drug offences, courts are freed up and tax dollars are raised from sales that were never previously taxed. I can see sone benefits from it. I suspect there will be a negative affect such as an increase in drug driving related offences. But it’s time for me to hit the trail again.