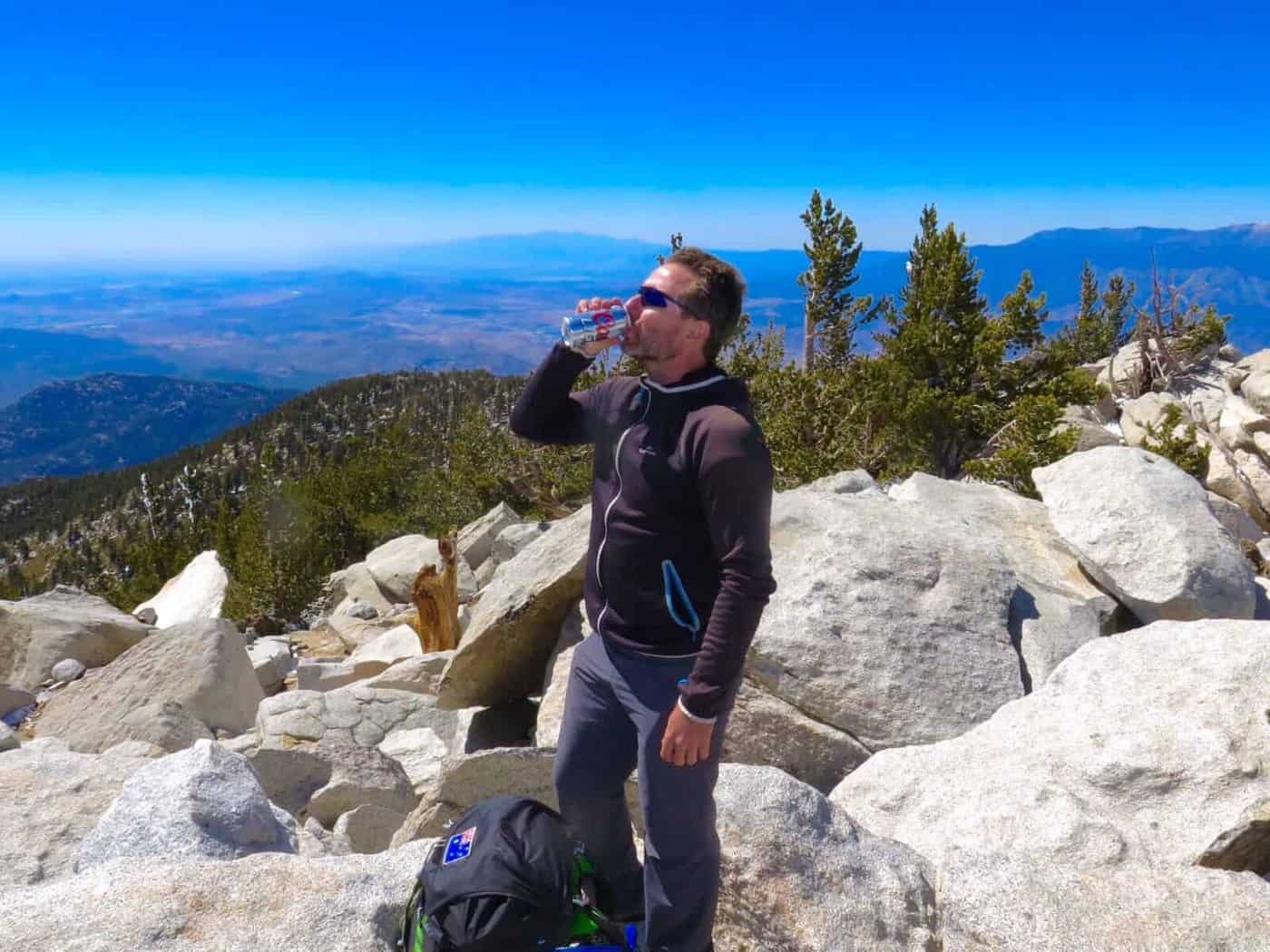 There were 3 things I needed prior to leaving town for my next 100 plus miles without a re supply. Caffeine, Calories and Sunglasses. But prior to leaving camp I was given some beers that were left over from an impromptu hiker party next to my tent last night. Everybody was good and went to bed before hiker midnight (9pm). It was a fun night, there are some characters out here. I set off with around 10kg of excess weight in my pack. Food, water, beers.

Seth and Malia From Hawaii joined me for the climb up the PCT Mt San Jacinto. A 10834 foot tall mountain that is the highest mountain I will climb until I reach the Sierras in about 4-5 weeks. Initially the road then the trail just kept going up and up. Incessantly up. It was exhausting.

After several hours Seth and Malia fell behind quite a ways but I kept going with another hiker struggling as much as me. We were at high altitude by now and snow covered parts of the trail. Remnants of the storm that hit only days ago. It wasn’t cold but we were moving at such a slow pace that it felt like we were not making any progress. It took just less than 6 hours to hike all the way from the town to the summit of Mt San Jacinta. It was hard tiring work.

I cracked the beer at the summit and enjoyed the contents. I was buzzing, on a high from the climb. All the pain and fatigue was forgotten as I gazed out in all directions staring at where I had been and forward to where I was going. Life is simple but good I thought. Climb a mountain and feel renewed and refreshed.

But then there was the descent. Just as I set off down the Hawaiians arrived. They looked shattered. Exhausted. Just as I had looked 30 minutes earlier when I arrived. I lumbered down the trail at a slow and steady pace for about 3 hours until I could no longer and much forward progress. Myself and MK another hiker set up our tents on some flat ground and were joined moments later by Eric then 30 minutes later by Seth and Malia. All of us thru hikers were shattered, agreeing this was the hardest day so far. Of note our campsite for the night is at an altitude higher than the highest mountain in Australia. I think it will be cold tonight.

Oh and for Malias mother who reads this blog. Your daughter says hello and that she is enjoying the trail. And she will call you soon! Enjoy the photos.