Day 5 Up to the Water Cache 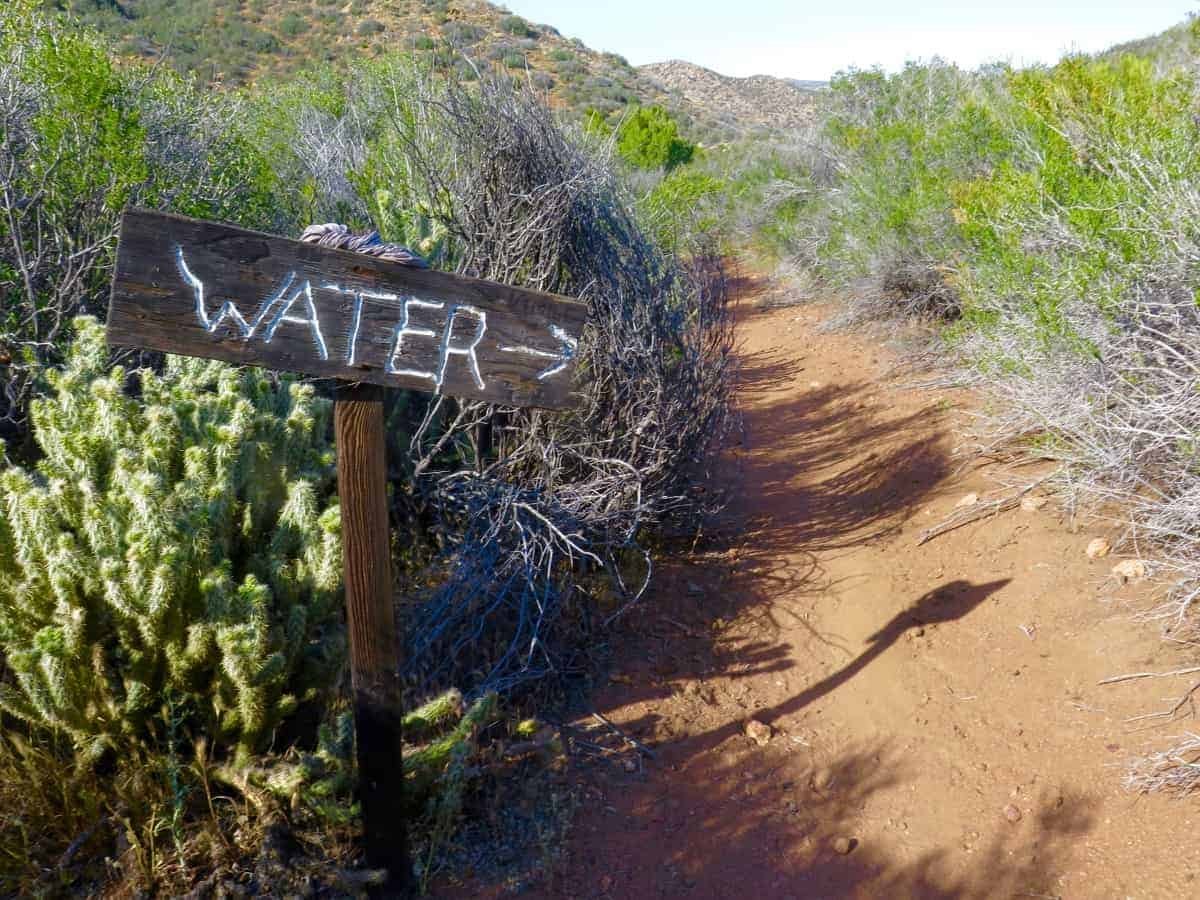 I woke just as the sun had started to brighten the sky. The nights sleep alone in the desert was the best yet. I sat up for several hours last night reading in between staring at the stars.

While eating breakfast and packing I was passed by 2 hikers, Gretchen and Señor Whiskers. By the time I made it to the section of trail that crosses over a couple of highways, known as Scissors Crossing I had caught up to them.

Yesterday I loaded up with 7.5 litres of water for the expected 21 mile waterless stretch. A lot of hikers stop at Scissors Crossing and hitch hike into the nearby town of Julian. Some stay for the night and some just trip in for the day and get back on trail in the afternoon.

The three of us set off up the long uphill section that seemed endless. The consolation is the trail has such a gentle grade that it’s hard to get out of breath. The only stops we took were to air out the feet. I have found that stopping every 1-2 hours and taking off the shoes will prevent blisters.

Talking about blisters I am not doing too bad. The only blisters I have are minor and not causing me any irritation. My muscles are not sore and my energy levels are unbelievable.

I am purposely throttling back in an attempt to not go too fast too soon or I might risk injury. Some people are not so lucky. Some have had to take multiple days off the trail to rest and let the feet recover. I’ve also heard that some have quit the trail already! Overall the trail is easier than I thought. So far.

At lunch I found a shady tree. I think I could have counted all the shady trees on one hand during the climb. 3 hours later I was fed, watered and had a siesta. It was around 3pm when several other hikers arrived and onwards and upwards we went to the Pacific Crest Trail water cache.

After 21 miles of waterless hiking I made the water cache. Some thoughtful people bought and stocked us grateful hikers with water. All in large 1 gallon jugs. Fresh, clean, bottled water. Nice. Thanks to the people who have done this for us all.

By 6pm I set off alone yet further uphill to my camp for the night on a windy ridge at mile 94.5. Yet again I didn’t set up the tent and slept under the stars.