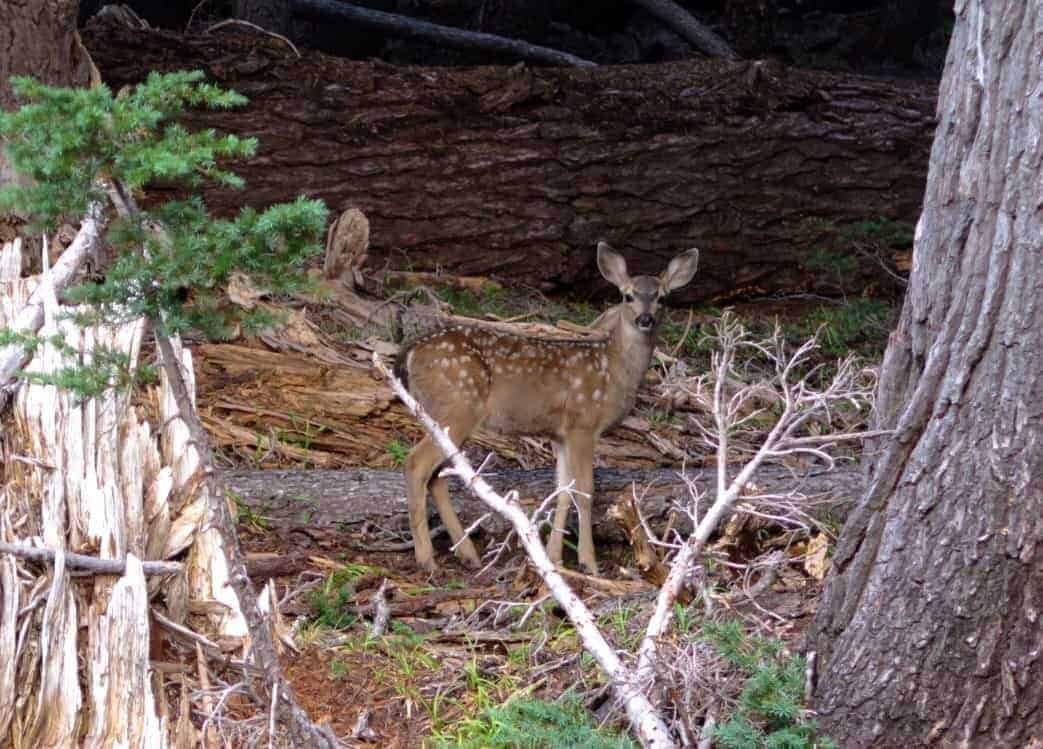 I walked into the restaurant at Mazama Village and spotted Teflon having breakfast with her boyfriend and her mother. I joined them. I’d just finished walking about 5 miles to get there from my overnight camp.

When I first arrived at Mazama Village I looked around and briefly chatted with other hikers. I also enjoyed a quick 4 minute shower. I think the last 100 miles of hiking had made me dirtier than at any other time on the hike.

Anyway, it felt good to have the shower prior to walking into the restaurant. It struck me that I might not see Teflon again on this hike as my hiking plans for the next several weeks differ from hers.

Normally a hiker never says ‘Goodbye’ to another hiker. It’s not said. But I did say goodbye before I set off in the late afternoon. Oh and thanks to Teflons mother for breakfast and for the beer later in the day, very much appreciated.

It was 3pm when I started the long climb from Mazama Village to the rim of Crater Lake. Mr & Mrs Smith planned to leave later than me. I didn’t realise it was such a climb. It may have only been a little over 1100 feet but it seemed to last extraordinarily long.

I feared I would arrive at the crater rim and the sun would be very low in the sky. I needn’t have worried about the sun getting low in the sky as the smoke from fires obscured the view. It was difficult to see the other side of the large crater that was once Mazama a large mountain.

The volcanic mountain exploded and all that is left is the deepest lake in USA. Sure it’s big, but the smoke both inside the rim and all around failed to allow the place to show off its beauty.

I hiked to Lightning Springs a campsite near the rim. I set up and crawled into bed, Mr & Mrs Smith arrived late as the sun was setting. They followed a little used trail rather than hiking he rim as I did.,Tomorrow morning I will give it one more chance as I wake early to watch the sunrise over the lake. Maybe the smoke might make for a great sunrise, maybe not, but I’m keen to give it a go.