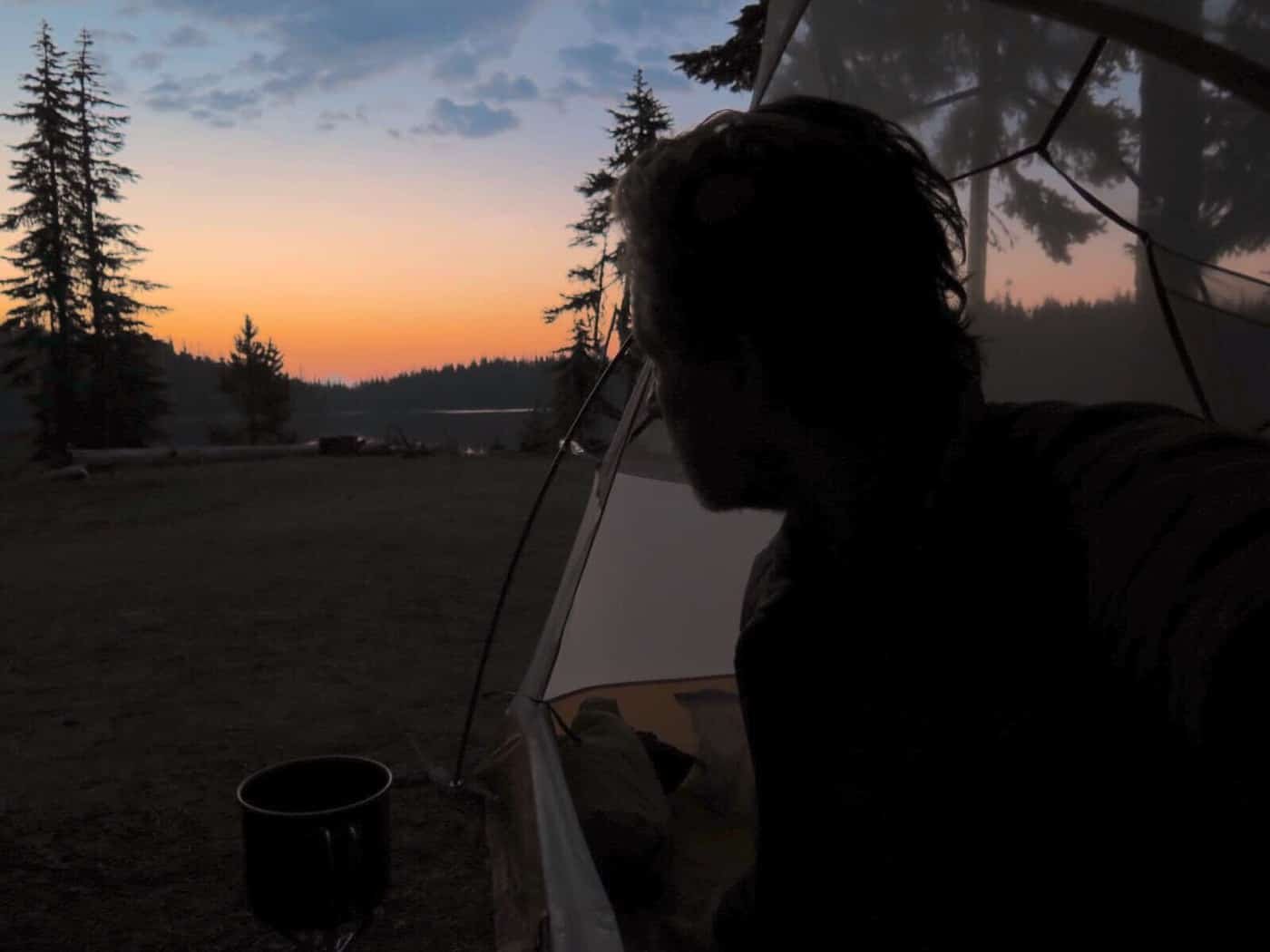 It’s 9pm. I’m laying in my tent typing this blog post while stealing occasional views outside at this great big volcanic area known as ‘the sisters’. There’s a huge 10000ft volcano only a couple of miles away. If it were to blow its top tonight, I think I’d be in a spot of bother.

It’s dark but not yet dark enough for the stars to make an appearance. They won’t be far away. This is as fine a campsite as I have stayed on this whole hike. I am alone. It is silent, except for the occasional jet flying overhead and the hoot of a nearby owl.

My tent is tucked up next to some trees on one side and an open field on the other. It is the open field that is affording me the stunning views of the volcanoes.

I’m waiting for the full darkness to arrive when I might get lucky and see some of the early meteor action as earth passes through the Perseids Meteor Shower. It reaches its peak tomorrow, but I might see some action tonight.

The day’s hiking was without the large views that this trail is known for. Today it was the lakes and the trees that provided the highlights. Until I rounded a bend in the late afternoon and caught a glimpse of numerous volcanic mountains.

In recent days I’ve heard that many hikers are sick of Oregon. The long green tunnel, they call it. So far I’m loving Oregon. The diversity, the volcanoes and lava fields, the lakes and the trees.

It’s now 9.40pm, I’ve just found out that it looks like the PCT will close at Crater Lake, I was only there a couple of days ago. Looks like the fire in that area is bad!

10pm. I’ve spent the last 20 minutes looking at the stars and witnessed several meteors burn as they entered the atmosphere. Shades or red, green or bright white. For now, it’s good night, it’s been a long day.