Skip to content
Home » Hiking » Thru Hiking » Pacific Crest Trail » PCT Day 129 Is this the end of the trail? 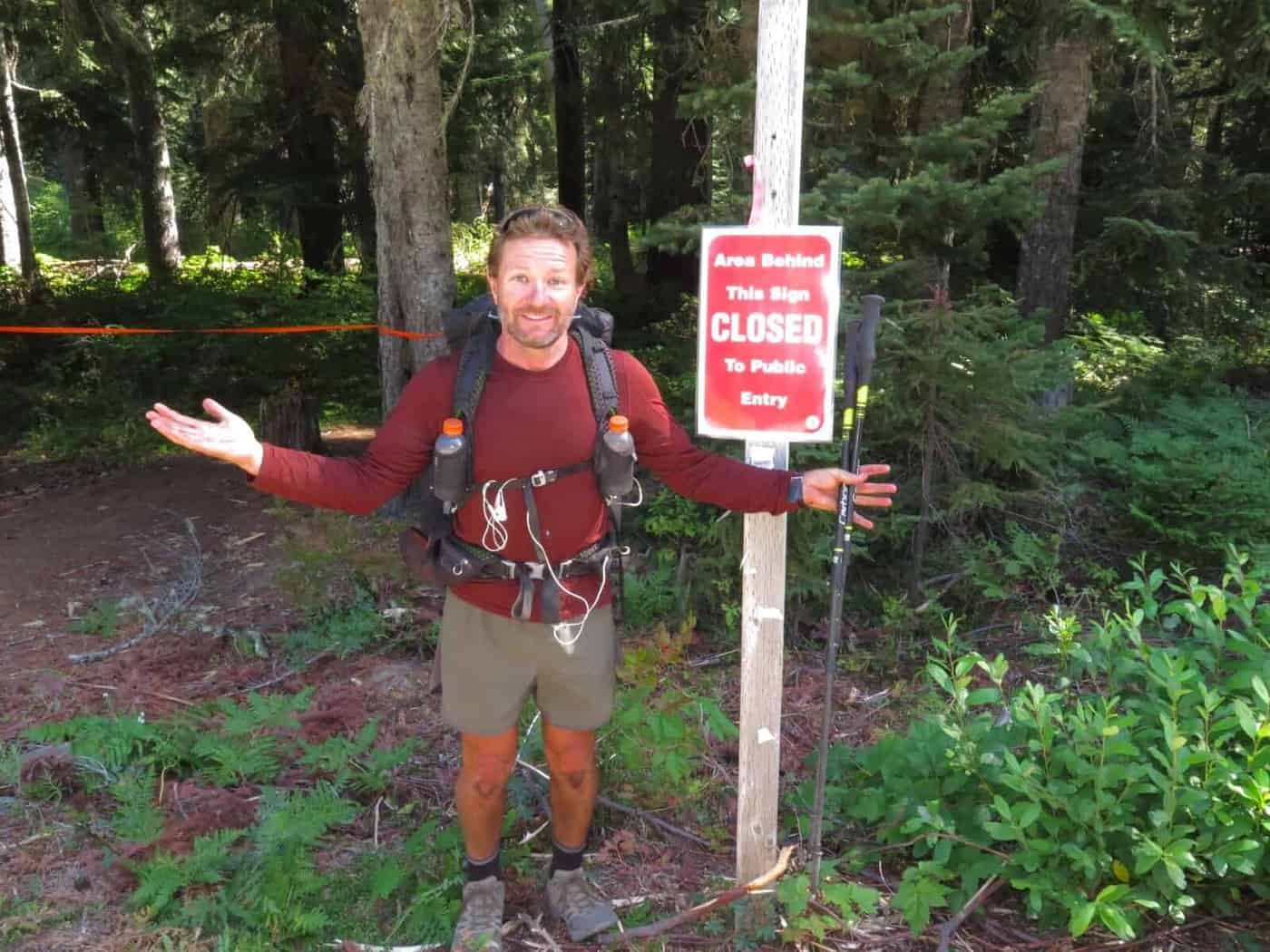 I checked the latest information on the fires while in my tent, it was 6.30am. Not much official information but some hikers posted that they might close the section of trail 10 miles ahead of me. I raced down the trail with Crunchmaster.

After eight miles I stopped to check the latest information from the PCTA. No changes. Well, two miles later the trail was closed. Crunchmaster and I just sat there not knowing what to do. There was no traffic on the road and no cell phone service. I decided to hike two miles southbound on the PCT where I previously had service.

A group of us hiked back down to the forest road and after 2 hours got a lift to the small hamlet of Trout Lake. More calls were made, more research done. We made sure other hikers south of us knew about the closure.

There had still not been anything official. We spent hours debating what to do. No clear solution was found. More information surfaced from hikers ahead of me, the visibility was down as low as 30 feet but getting better.

Quit the trail, walk on the road around the fire or find a place to sit out the fires for a week. They are the options. All have their positive and negative sides. I think I’m going to walk an unknown, untried road walk.

If I do, I’ll be one of the first group going through. I’m aware that other hikers behind me might want to know the route, water info and mileage etc. For now I’m going to have a beer, a good nights sleep and make a clear decision in the morning.