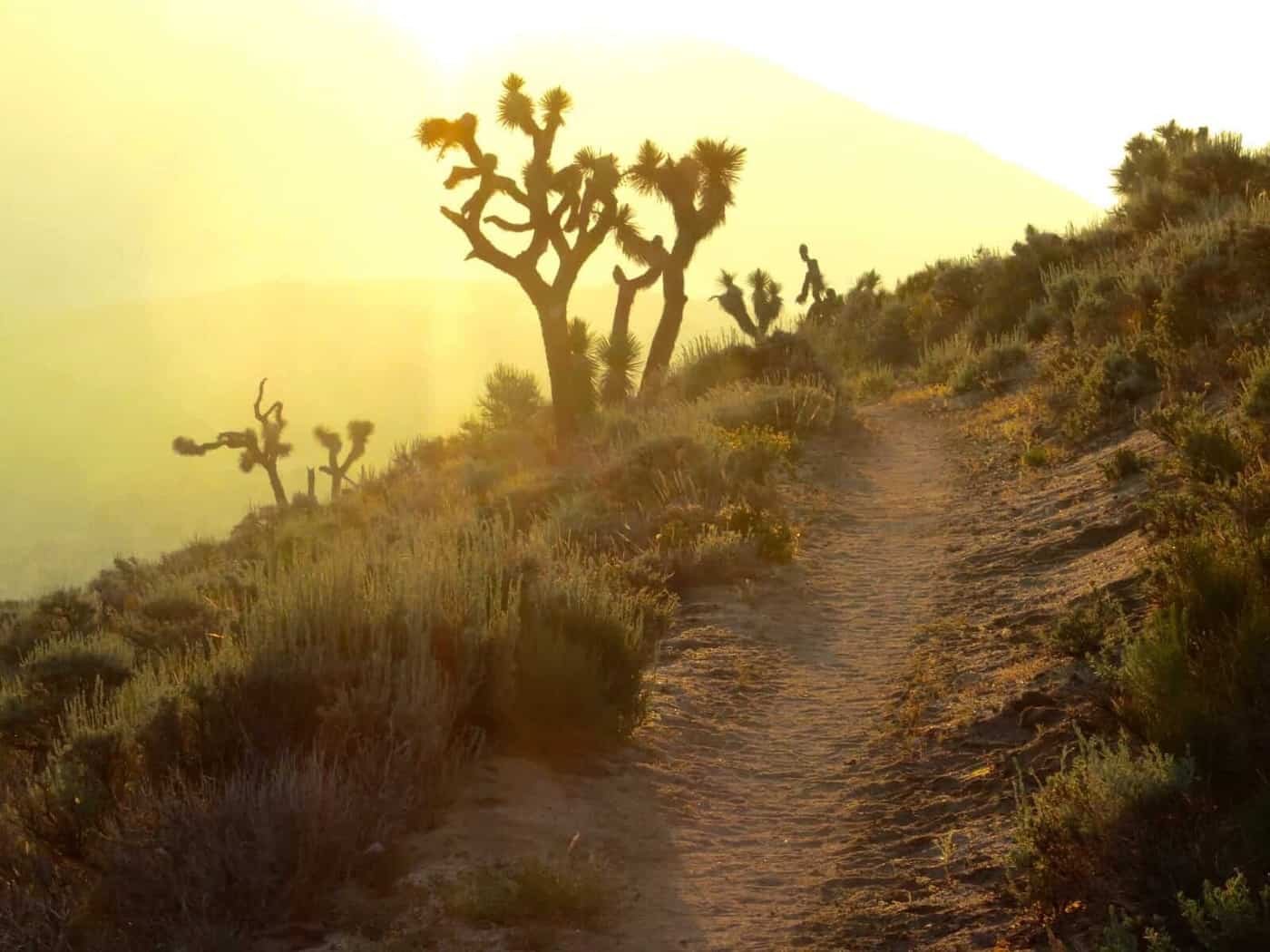 I had some inside information that there was trail magic at Walker Pass. It was over 27 miles away and I wasn’t sure I could make it that far with my sore ankle. But decided to try. I also had another problem, I probably wouldn’t have enough water to stay on trail another night. This section of the trail is the most brutal for its lack of water. It also promised to be a hot day.

I was hiking by 5.30am. That’s the earliest I’ve been on trail so far. I hiked for 2 hours before stopping to make coffee and some hot oats. This also lightened my still substantial water weight from my pack.

The trail still consisted of soft sand similar in consistency to beach sand. It was hard work. Then there was a climb that seemed to last for hours. Both my energy and water reserves were depleted very quickly.

At midday I had 15 miles to make it to Walker Pass which had the next water. I didn’t think it possible but just kept walking.

A rattlesnake met me on the trail and was very polite in its method of warning me. It set its rattle in motion when I was about 4 paces away from it. The rattlesnake then courteously moves off the trail, all the while rattling to make me aware of its presence. They have been referred to as the ‘Gentleman Snake’. They warn you to move away prior to striking!

I continued making forward progress for the afternoon but realised I was getting low on both energy and water. With 4 miles to go I ran out of water. This coincided with lack of energy and sore feet and ankles. I stopped every mile to rest. It was hard work.

My first sight of Walker Pass was of a shelter draped with PCT flags. 3 trail Angels were there, including the well known ‘Meadow Ed’. He was one of the first trail angels. It was his 70th birthday, he chose to spend it with hikers.

We were treated to a several course meal. Not many people reading this can appreciate just how great it is to feel full after a meal. When on trail I just can’t carry enough food. After several Dr Peppers, some beers, salad, 2 plates of pasta, bread, potato chips and 2 slices of birthday cake I went to bed full.

Despite my monetary donation and gracious thank you, I really truely am touched by how many people give their time and energy to provide help for tired, hungry, smelly, dirty hikers. Thank you.

By the way, I am now heading into remote sections of the trail with no phone service. So I’ll will be unable to post or look at messages for a while. So be prepared for a lot of updates in about 10 days.