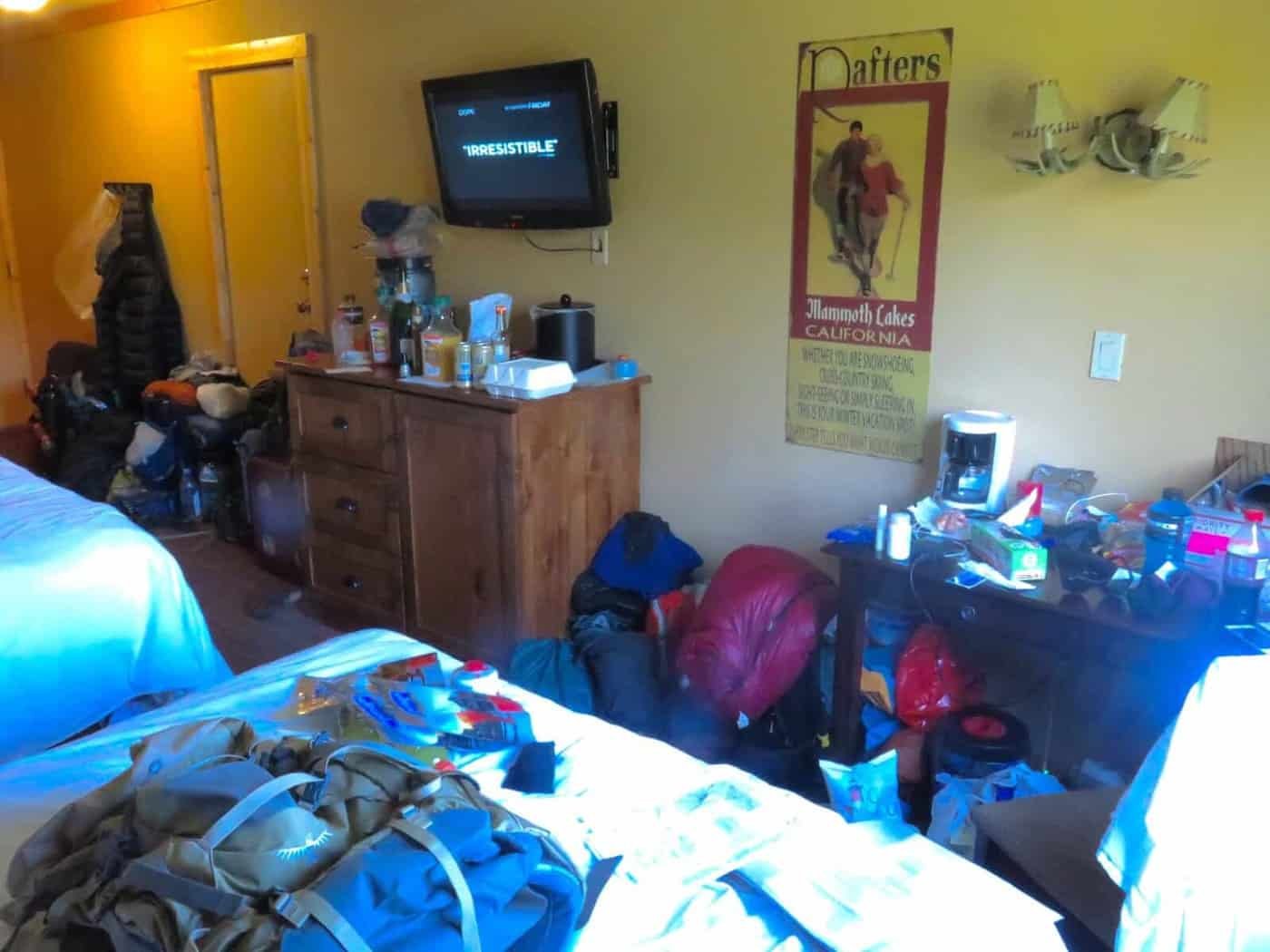 I slept well on the floor of the hotel room just outside the bathroom. Being the first to wake I slipped out for a 6.30am serving of calories at a nearby diner. Several hours and an unknown quantity of coffees later I was joined by everybody. I left to organise my food and gear for the next couple of days on the trail. I also lingered in my second shower in 16 hours. A new record for the trip.

KC and I visited the mountaineering store, closely followed by the grocery store. With no shame we bought and consumed lunch outside the local Vons. With no cutlery we used fingers to scoop cream cheese onto a crusty bread roll. Then came the salad and meat.

Not only were the locals curious of these uncivilised stranger but one of the local homeless seemed to stare in amusement. We ended the impromptu show to catch a movie before heading back to pack.

Teflon had blue hair when I arrived. We had been tentatively amusing ourselves with the thought of doing something crazy while out here on the trail. Because we can. What colour should I dye my hair? I’m taking votes!