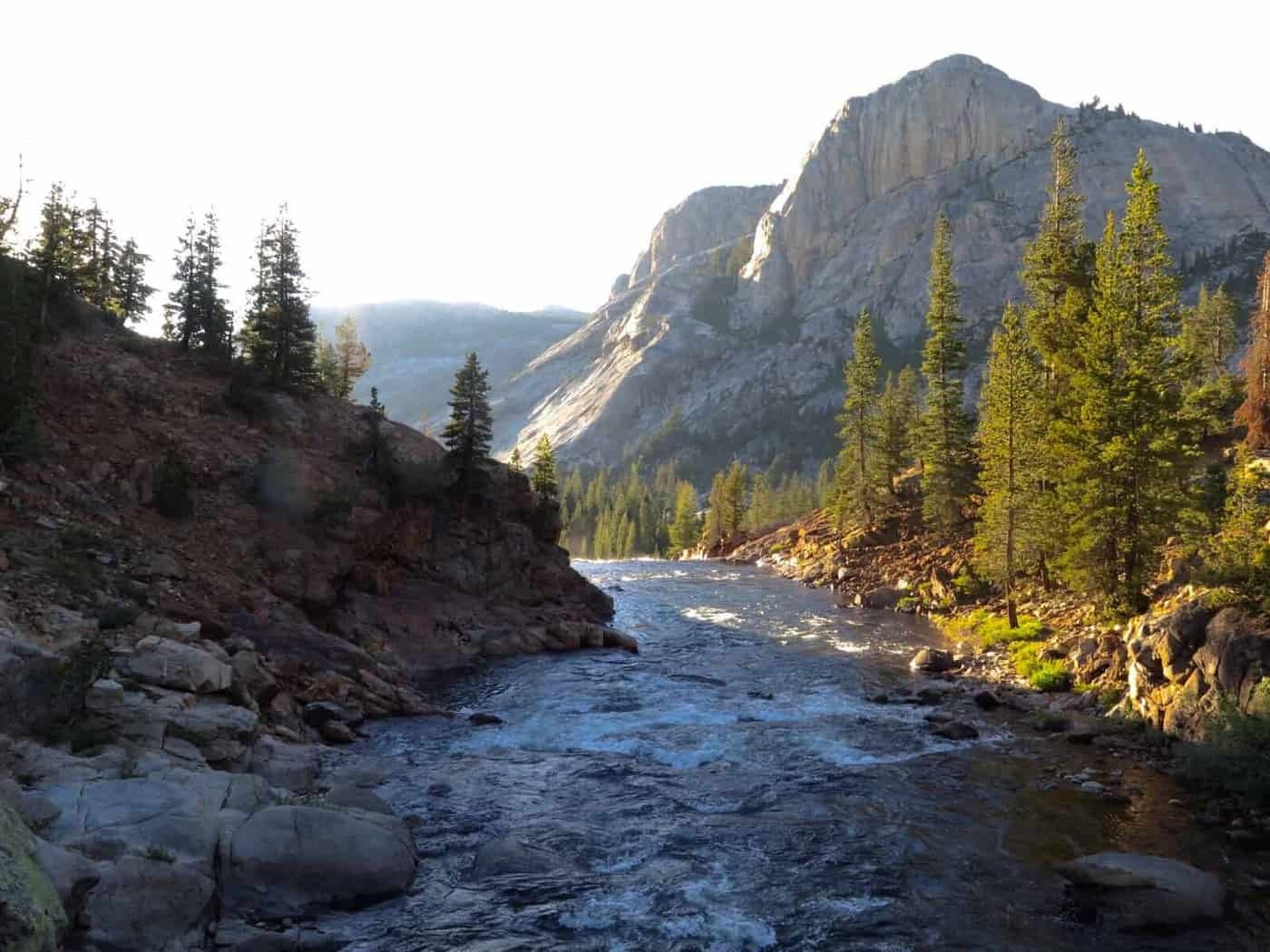 Overnight it was the inconsiderate fellow campers in Yosemite Valley that annoyed me. Bright lights in my face at all hours. Slamming of hard metal bear containers and, so I was told, one hiker was apparently escorted from the campsite by the rangers.

Apparently they almost stepped on me as I lay on the ground without the security of a tent around me. That was my night in Yosemite Valley. I’m looking forward to sleeping in the more remote areas of the sierras again.

I woke early in Yosemite Valley and had a shower before eating an overpriced and underwhelming breakfast. I resupplied at the store and took the free bus back to Tuolumne Meadows.

Last year I cycled out of the valley past Tuolumne and over Tioga Pass to Lee Vinning, all in a day, carrying all my hiking and camping gear on my bike. This was part of my cycle trip down from Alaska. It looked almost as difficult and stunning in the bus with the exception of nearby forest fire polluting the air in the valley.

Upon return at Tuolumne I caught up with many hikers I had not seen for a long time. Wild Bill and Cheetah being among them. Last time I saw Cheetah was at Warner Springs some 800 miles ago.

I also met Hobbs, a follower of this blog. He introduced himself and we chatted about the many passes of the sierras and the visual difference between section hikers and thru hikers. Thanks for stopping to say hello.

It was late in the afternoon when KC, Teflon and I set off for a short 6 mile hike to our camp for the night. Our group of the last several weeks has split temporarily as Hummingbird and Mr & Mrs Smith stay another night in Tuolumne, they will catch up with us in the next day or so.

While on trail I was stopped by a friendly backcountry ranger who asked to see my permit and bear proof food storage container. Only 2 hours earlier at Tuolumne I was asked by another ranger to produce my bear container. We chatted for a while and he chatted with us over dinner at the campsite in the evening. Each of us having many questions about our respective pursuits. I wonder how many thru hikers of the PCT would consider a job as a Backcountry Ranger in Yosemite? Dream Job?