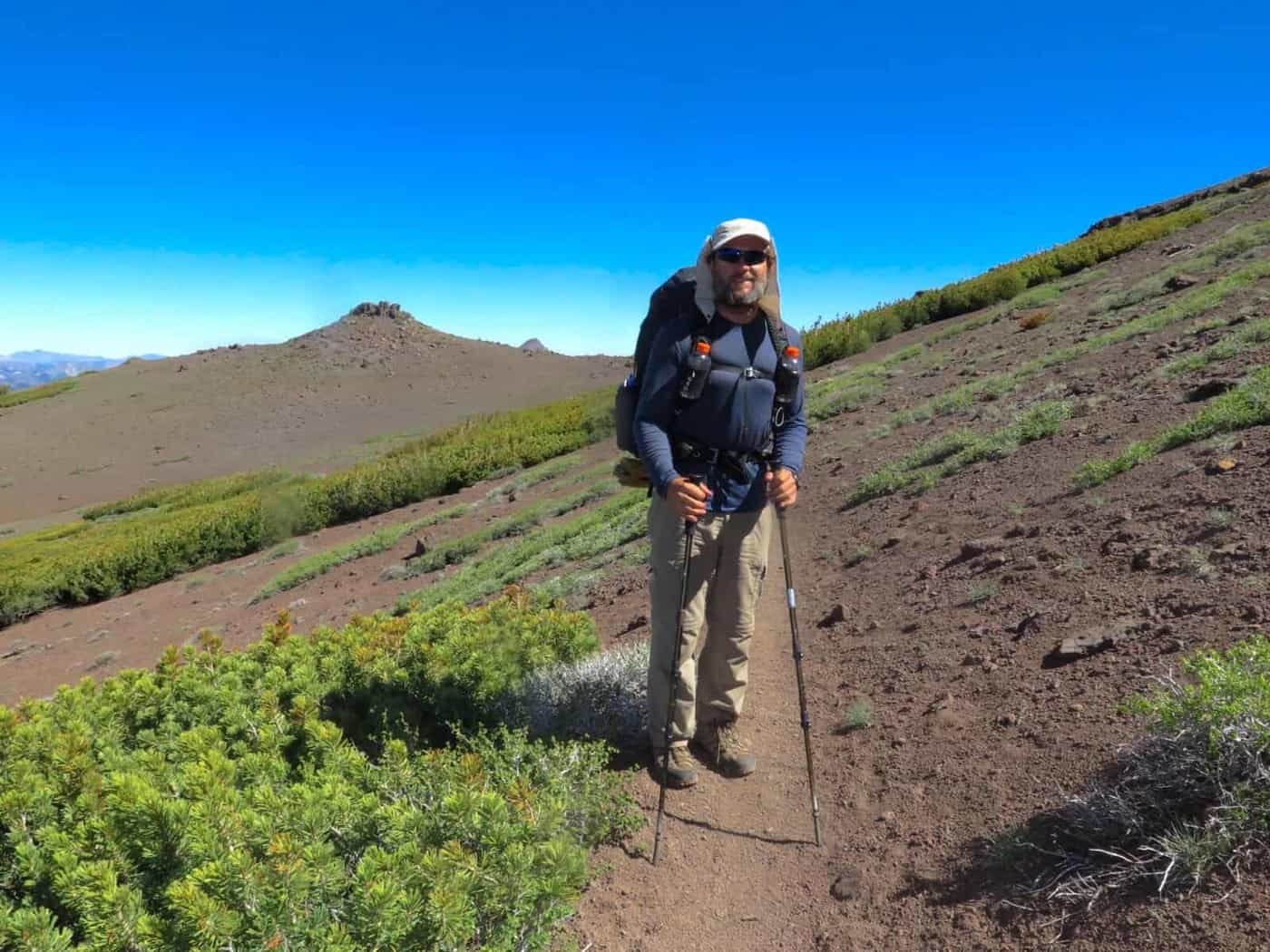 Discussion last night with the group revolved around staying the night in Kennedy Meadows North. I much preferred the idea of turning up, having a meal or two, a shower and charge the electronics. KC had the same thoughts.

I was awake and on trail before 6am. It was brisk. As I climbed ever higher towards the high pass I observed tents on the side of the trail. Their occupants reluctant to exit into the cold air.

The climb to Sonora Pass is what I would expect if I was dropped on the surface of Mars. Gravely rocks that were not cemented together made walking less relaxing than on other days. Specially when looking for traction on the uphill climbs. The higher I went the less plant life I saw. At many random sections snow lingered.

The cold from last night froze the snow as hard as rock. I was up and over the pass by 9am. At a random outcrop I had cell phone service. In the mountains its patchy at best. I learned of a wildfire only about 30 miles or so north of us. It was unknown if the PCT was closed or how big the fire was. I was curious to find out. In the distance I could see smoke, it also drifted through the valleys to the east.

By 11am we reached Sonora Pass on Highway 108. Fortune favoured me yet again. It only took minutes for myself, KC another hiker from Switzerland procure a ride to Kennedy Meadows North.

First stop was a late breakfast, then I purchased all the food I’d need for the next 4 days to Tahoe, then a shower followed by another meal. I was also able to post off my bear storage barrel. It is no longer a lawful requirement that I carry it.

I learned from the staff that the PCT was open and the fire was not a threat, however, I was advised that smoke may be an issue. Hopefully things work out ok in the coming days.

I sat on the front porch of the store watching the cowboys walk past in their finest set of stepping out clothes. All that was missing was the banjo player. It was now 4pm. Teflon, Hummingbird and Mr & Mrs Smith arrived. We chatted only briefly when a gentleman asked if we wanted a lift back to Sonora Pass trailhead. KC and I set off.

Our progress was delayed by a combination of an ambitious truck driver, a very sharp mountain hairpin curve and an unfortunate small sedan. With the road blocked we sat and waited for what seemed forever but finally we made it to the trail.

The plan was to camp just off the highway in some bushes hidden from sight and far enough away from traffic noise. It seemed successful. As I set up camp I wondered if the contents of my stomach had expanded during the ascent back to the pass. I felt ready to explode. KC was the same. With time the feeling passed, so did the daylight.