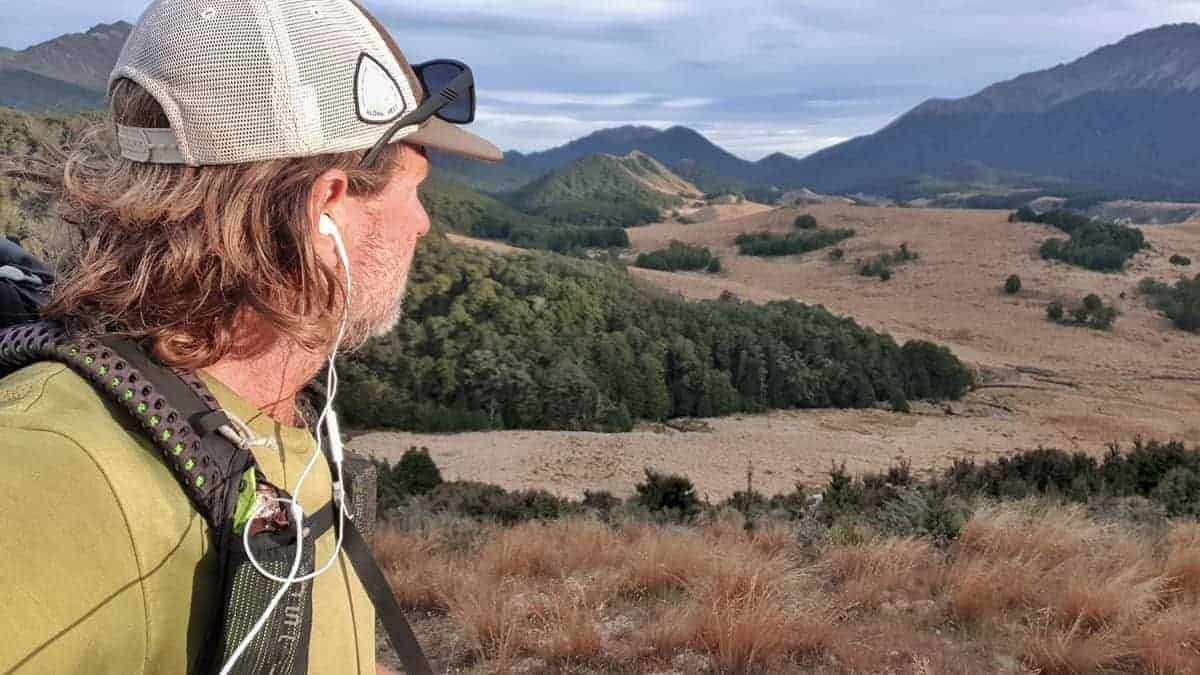 I stood atop the bare unnamed mountain and looked south. Uncharacteristically, there was no wind, usually it is blowing a gale in this part of the world, I am in the infamous roaring forties, know to all sailors around the world for hundreds of years. There was a smoke haze all around. It was faint but it was there nonetheless.

I wondered if it was from the bushfires that have been destroying vast areas of forest in Tasmania, Australia, some 2500km to the west. The fires were so bad and so devastating that the forests will never recover, never. The rainforests of Tasmania are unable to regenerate after fire. It is a national tragedy in my home nation that seems to be little reported. But through the haze I saw the ocean. The great Southern Ocean. The last time I saw it was almost exactly 5 years ago when I hiked The South Coast Track in Tasmania. Seeing the Southern Ocean is only something an antipodean like myself can truly appreciate.

Earlier I woke to the red sky morning and set about making it on trail early. I had some very slow trail to get through, if I were to believe the way the northbound hikers would tell it. And lots of sandflies, they said. Do they know what they are in for, I thought. The trail was not so slow and I made good time all morning. In fact, I was making such good time I considered taking a siesta in one of the huts around 2pm. When I arrived I opened the door and 3 other hikers were inside. Despite the lack of sun or heat in general the hut was hotter than a tropical rainforest. I started sweating as soon as I entered even though I had not been sweating all day. All three of them must have been cooking or something similar. I could neither stay to take a siesta nor a rest of any kind.

The last section of trail climbed an unnamed mountain with views of the southern ocean. From there I descended to my campsite for the night. I set up my tent and jumped in quicker than a bank robber in a getaway car. At least 100 sandflies followed me inside the tent. I could not rest until every single sandfly has been exterminated. The process took at least 15 minutes. Reserves arrived and lay siege to my tent. I was a prisoner, unable to escape. And then it started raining. My bungled attempt at closing the outer fly sheet led to an invasion by hundreds of sandflies. Again I set out to destroy them. One by one till they were exterminated.

Distance to The Bluff 190km