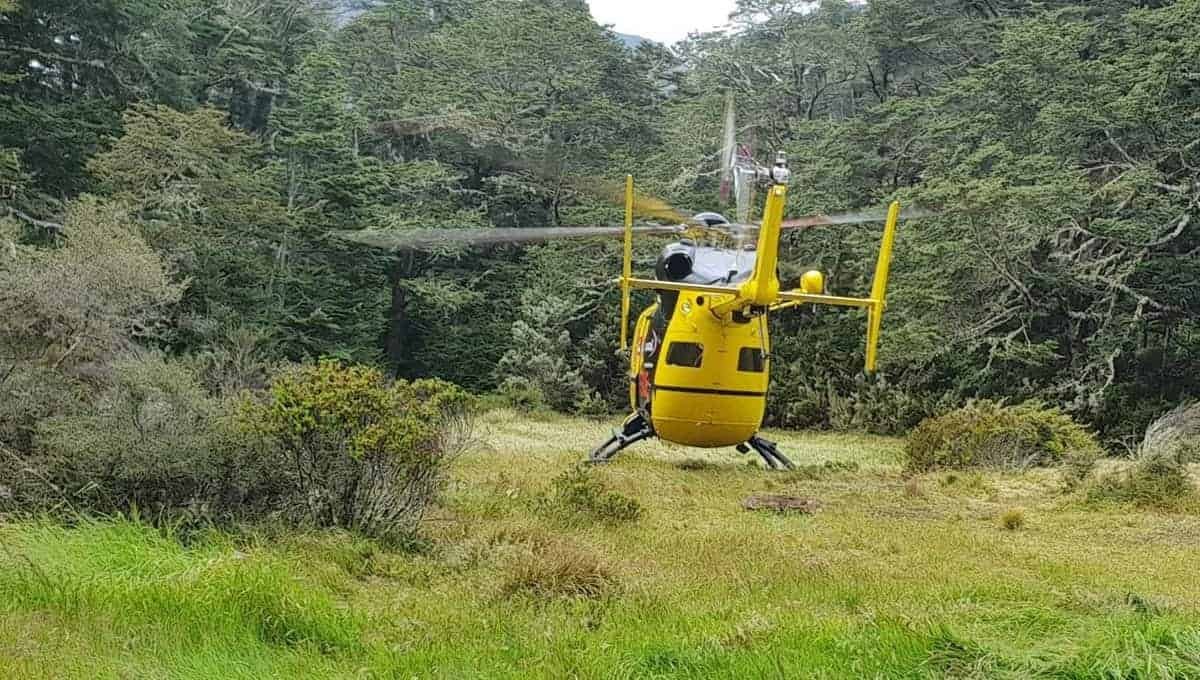 “The winds are getting up to 130km/h in the mountains today, big storms coming in around midday”, said the Park Ranger as I ate breakfast at the cafe with Jean Christophe from France and Amelia from England. “Not a good day to be in the mountains”.

I promptly checked the latest mountain weather forecast on the internet which confirmed 125km/h winds on the mountain top just above the cafe. Not only was there strong wind but quite a bit of rain. I double checked the forecast on 2 other weather apps just to see what I might be hiking into. The mountain tops looked horrible and dangerous but in the valleys it didn’t look too bad.

Around 9.30am Amelia and Jean Christophe set about trying to hitch to the start of the trail. I gave them a 20 minute head start in case it took them that long to get a lift. I left just before 10am and almost decided to stay another day. The thought of getting soaked and blown around by high winds was not appealing.

The wind was at my back when I starting hiking on the main highway. Behind me the tops of the mountains progressively became obscured by cloud which slowly turned to rain. I felt like I was being chased by a slow moving grey monster. Like some childhood nightmare I was just able to keep one step ahead of it.

I hiked 10km on the main highway before turning off onto a hiking trail. This coincided with the grey monster catching up to me. I was already wearing my bright orange rain jacket to make myself visible on the highway. At times the shoulder was non existent and I struggle to trust a tourist driving on roads that look like scenes from Lord of the Rings.

I caught up to Jean Christophe and Amelia at Bealey Hut, the first hut for the day. We snacked for lunch. Light rain struck the tin roof making the thought of leaving as appealing as sticking a needle in my eye.

The trail climbed out of the low wide river valley. I gained over 500 meters in altitude before escaping the security of the trees to hike the exposed mountain ridges. The predicted high winds were either yet to hit or not as bad as expected. The exposed trail was often covered in sticky mud puddles. The repairs I made to my shoes yesterday proved useless as the harsh conditions shredded the stitching. This trail is very hard gear, specially shoes.

I reached the safety of the trees in the early afternoon. A combination of sweat and rain left me soaked. My rain gear cannot perform miracles but at least I was warm.

By 4pm I turned up at a small hut for a rest break. Outside the door was a set of trekking pole leaning on a rock. But what caught my attention was the Personal Locator Beacon (PLB) with it’s aerial erect and the red and green lights were flashing. It was active, someone was in serious trouble.

The door to the hut was locked from the inside. I tried to open it. After what seemed like a minute but in reality was only a second or two Jean Christophe opened the door. Amelia was sitting on the old school canvas stretcher bed next to the window.

“I slipped and fell”, she said in obvious pain. “I dislocated my shoulder and can’t carry my pack”.

This had happened about an hour earlier. Two other Te Araroa trail hikers just happened to be in the area and all of them combined to assist her and carry her pack to the hut. That is when the PLB was set off. I arrived at the hut only a couple of minutes later.

There was little I could do except hang around for moral support. I did my best to reassure her and provided a hot chocolate and Tim Tams which always makes people feel better. Tim Tams are my favorite chocolate covered biscuits, they only seem to be available in Australia and New Zealand, they are laced with some sort of addictive substance because it’s impossible to have just one.

An hour after the PLB was set off the sound of a helicopter echoed up the valley. The emotion hit Amelia at that moment. I went outside in my bright orange jacket. Seconds later the helicopter landed in a small grassy clearing outside the hut. This was no normal helicopter, it was a rescue helicopter crewed by St John’s Ambulance paramedics. When they entered the small hut it was apparent that they would be evacuating her immediately. In preparation for this she already had all her gear packed and ready to go.

The rain was heavy at times with strong gusty winds. With such bad weather they would have to go to the large city of Christchurch, far to the east of this bad mountain weather. There was room in the helicopter for Jean Christophe and they departed together. I filled in the hut register at the request of the pilot, noting the names, times and details of the rescue.

I set off hiking alone to the next hut which was bigger and more weatherproof. While hiking I ran a debrief session in my head. Everyone did everything right. They were both confident and competent hikers. When the accident occurred, they were hiking as a couple and the uninjured hiker was able to help. Two other TA hikers came along and helped. They moved to a safer place that provided shelter and safety in bad weather.

It also provided a grassy area big enough land a helicopter. They were carrying a PLB and knew how to use it. All the while remaining calm. What they didn’t count on was such a swift response. One hour from the time the PLB was set off to the time of rescue. Great work New Zealand Search and Rescue.

I also pondered if I should get a PLB. I spend a lot of time alone in remote areas. Falling is the most common cause of death and injury for hikers, with drowning coming in a close second. With my slip and fall in the water a couple of days ago fresh on my mind and the incident today I thought of my own safety. Experience counts for nothing if you fail to learn the harsh lessons that nature throws at you. My views on PLBs have now changed. I have learned a lesson today. I think they are now a necessary piece of hiking equipment. What do you think?

Take a look at Somewhere Labs PLB and 2 way Global Communications. At a reasonable price. A great idea for hiking the Te Araroa Trail.