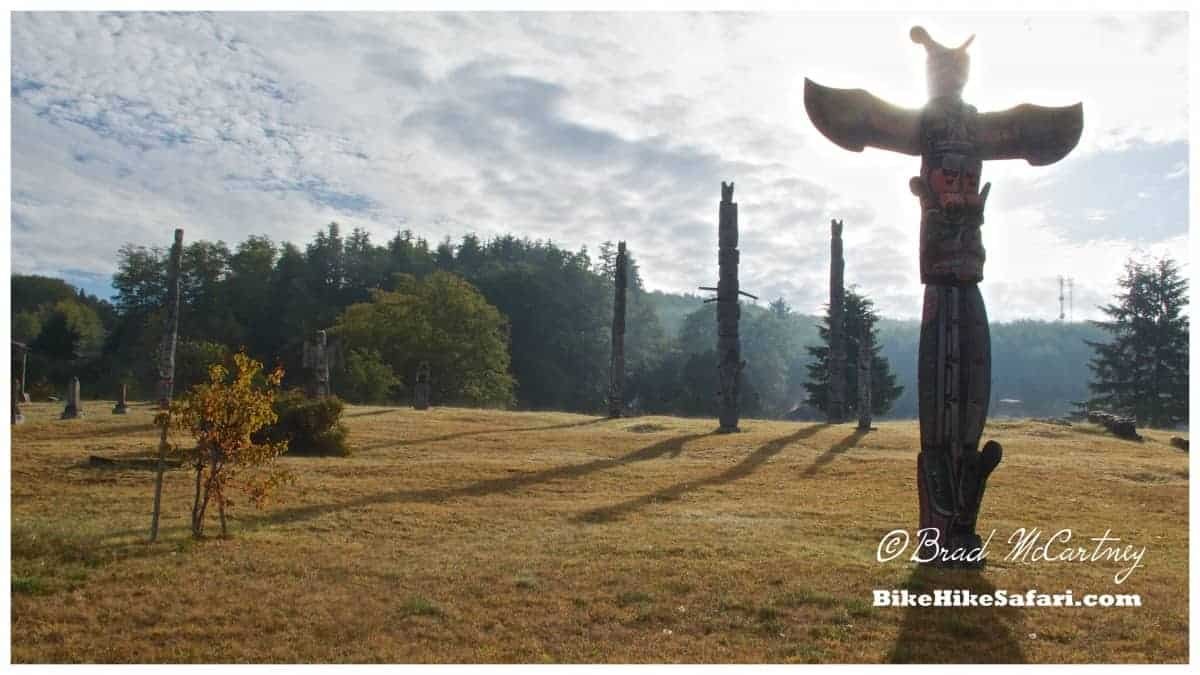 I’m always interested in learning about indigenous culture which led me to take a detour to Alert Bay on Cormorant Island to visit the U’Mista Cultural Centre. The culture of the First Nations is on display and not locked away from the inquisitive public. Refreshing.

It was a short ride from Port Hardy to Port McNeil where I jumped on the short ferry ride to Alert Bay. On the ferry I met 2 cyclists, James from Canada and Laetitia from Switzerland. We camped at the same site and shared many stories during the evening at the campsite which was located on top of some of the steepest hills I’ve cycled on the journey so far. I found these large mosquitoes trying to get in my tent, several centimetres long at the camp. Or so I thought, I later found out they eat mosquitoes so they’re cool.

Alert Bay had a Potlatch in progress when I arrived. A cultural ceremony or naming ceremony. What I didn’t know at the time was it was open to any and everybody. Very disappointed to miss that. It took place in the big house near the largest Totem Pole in the world. Its very refreshing to see the culture being opened up to anybody like myself who is both respectful and interested in learning. I stayed only a short time on the Island so didn’t absorb as much culture as I would have liked. So after a  short cycle trip along the coast I left the Island after a short but informative 24 hours.

Next : The Whales of Telegraph Cove