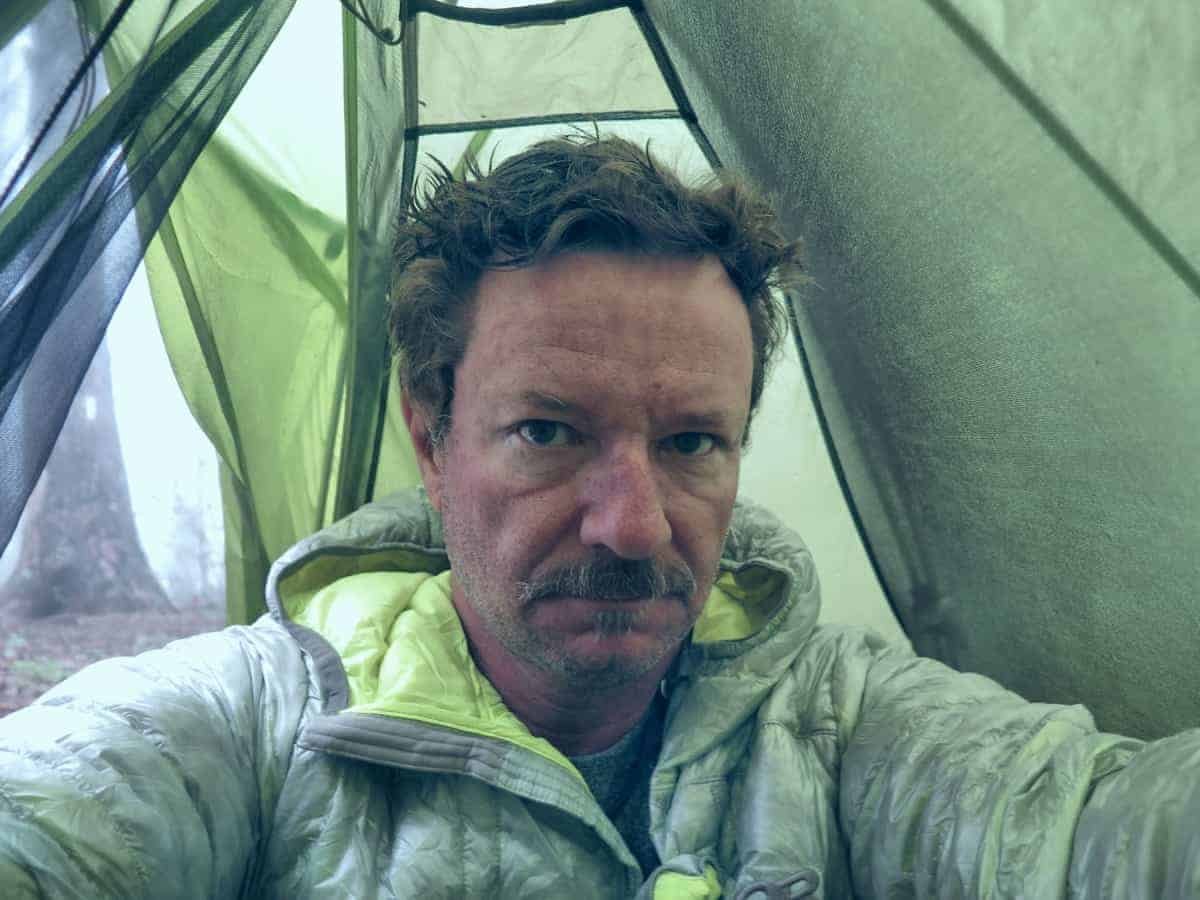 ****Warning – Do Not Read While Eating Or Just Before Eating*****
I woke just after midnight with a stomach more bloated than a beached whale. I knew what was going to happen next. I needed to vomit.

I just made it out of the tent before my stomach contents exited, kind of like Niagara Falls with corn and carrots. For the next couple of minutes I was on all fours dry reaching and heaving up the last of my contents. The vomiting was so intense I went unconscious.

I’m not sure how long I was knocked out but I woke up slowly and very groggy in the pool of my own vomit. Now if I was a young teenager experimenting with alcohol this kind of scenario could ring true. But I am unsure what made me so violently ill.

I wiped the wet vomit from my face and hair as best I could and crawled back into the tent, exhausted. 30 minutes later I had to get out of the tent real quick. More violent vomiting. For the next 4 hours I was vomiting every 30 minutes. Twice I was too weak to make it out of the tent and what was left of my bile didn’t make it outside the tent. Gross. Without warning diarrhoea hit me. I just made it out of the tent, but I failed miserably in the ‘leave no trace’ philosophy of hiking. I’d deal with that in the morning.

It started raining at some time during the night. I managed to get outside the tent for another session of dry heaving. Again I went unconscious. I woke in a very dazzled state, face down on the dirt, soaking wet. I had no idea what was happening to me. I didn’t know this sort of thing could happen. I’ve never fainted or gone unconscious before.

By 4am my body stopped forcing me to vomit. I don’t think I slept for the rest of the night. I just lay there in a trance listening to the incessant rain,

The rain was heavy in the morning and I felt no need to desire to leave the tent. But I felt a need to do something about my nasty mess outside the tent so I woke to clean the place. My hair felt like I used hair gel, or like a scene from that movie, you know the one, ‘There’s something about Mary’.

I didn’t think I’d be able to hike much today but I packed up to give it a go. I couldn’t stomach breakfast, it was all I could do to drink some water and try and hydrate. It was about 9am when I started hiking in the rain. For most of the morning I could only hike about 30 minutes before I needed a 15 minutes rest break. But I managed to keep moving. A hiker, called Lake, I met the evening before, caught up to me. She gave me some electrolytes. I can’t tell you how much my body needed them, I was hiking much better afterwards.

I planned to rest and have a siesta at a nearby shelter when some hikers heading southbound mentioned the sweetest words a hiker can hear, ‘Trail Magic’. Burgers, Hot Dogs and soft drink at Unicol Gap where Highway 75 crosses the trail. It was about 2.5 miles away, mostly downhill, I thought I could make it. If I did, I would have options, I could hitch to the nearest town to rest or hike on if I felt better.

I arrived at Unicol Gap to get the second last burger from a couple of families that drove several hours from south of Atlanta, GA, for the sole purpose of passing out food and good vibes to hikers. The Appalachian Trail is more than just a trail, it’s a community. I’ve learned that much already.

I ate and rested with maybe 20 other hikers and started to feel better. Whatever made me ill seemed to be temporary. It was about 16 miles to my intended resupply town of Hiawassee. As I hadn’t eaten any food I figured I could hike those miles really slow if I had to. I felt the worst had passed.

There’s a couple of big hills after Unicol Gap that I had to climb. Part way up the first climb a lady carrying trail maintenance tools stopped me. ‘Are you Shepherd’, she said. ‘I met you in the CDT last year.

The lady doing the trail maintenance was Suzie, I met her while hiking the CDT last year. She was hiking southbound in Yellowstone National Park just near the Wyoming/Idaho border. She completed the CDT last year and is a ‘Triple Crowner’, having hiked the three long trails. The Appalachian Trail, Pacific Crest Trail and Continental Divide Trail. What a spark of energy she was, I think she passed some of that energy to me. I felt energised for the rest of the afternoon.

Very weary I staggered into Cheese Factory Camp, which is just a campsite. I managed to socialise around a campfire and eat a small snack. I mentioned that I’d fallen unconscious while vomiting. One of the hikers told me that it is common. Apparently it’s called Vargal Nerve Fainting, look it up on google, it’s real. It happens when people violently vomit, push too hard while trying to poo or people with prostate problems pushing too hard. I didn’t even know it was a thing but apparently it happens, people can pass out while vomiting outside their tent on the Appalachian Trail. Happy Trails.