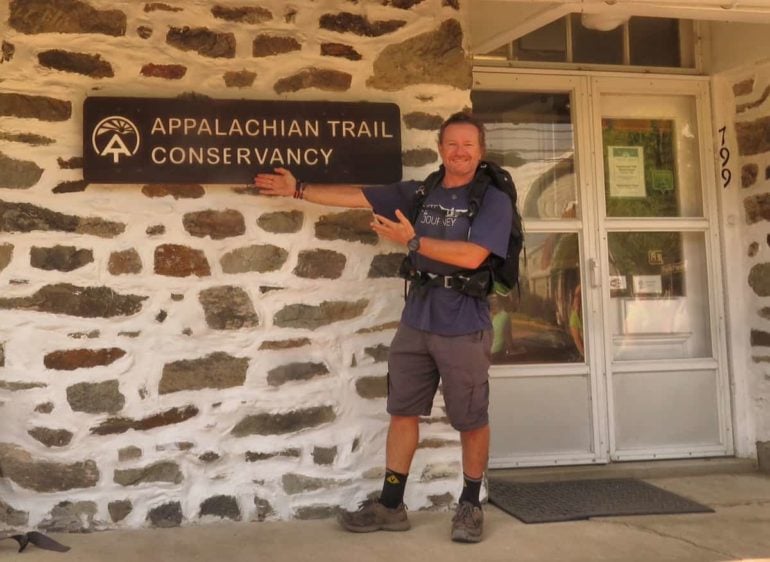 It was a short couple of hours hiking into the ceremonial halfway point of the Appalachian Trail, the town of Harpers Ferry.

I was in good spirits as I set off early in the morning. It would be fair to say that the constant rain of recent weeks was not allowing my mood to stay as positive as it should be. Bad weather certainly does affect mood, some people worse than others. The best evidence of this could be sourced from statistical information.

More than 50% of thru hikers have quit the trail already. This is normal. The reasons for quitting varies from illness and injury, running out of money, not liking hiking or the weather or missing family and friends. These are the most common reasons for quitting a hike like this.

I used to think that mental strength was important for long distance, now I think it is an appreciation for the outdoors that keeps people on the trail. The love of being in a tent rather than a hotel.

I hiked about a mile to a main highway and took a detour to a gas station for a large coffee. The caffeine spurred me on to Harpers Ferry a couple of miles away on a rocky trail. Some people have commented that West Virginia is the rockiest of all the states the AT passes.

Despite being only a few miles in length it is perpetually rocky. Others say this is nothing compared to Pennsylvania which is known by hikers as Rocksylvania.

Harpers Ferry is an expensive town. I made plans to take a train to Washington DC to be a tourist for a few days and organised packages. New shoes, a new camera and a package of chocolate cookies from New Zealand, Thanks Ross.

I dropped into the Appalachian Trail headquarters which is based here. I was northbound thru hiker 698 for the year. I was thru hiker 1838 when I started the trail, according to the ranger station at Amacalola Falls near the start of the trail.

Tomorrow I’m off to see the White House.