AT Day 62 – The Ice Cream Challange 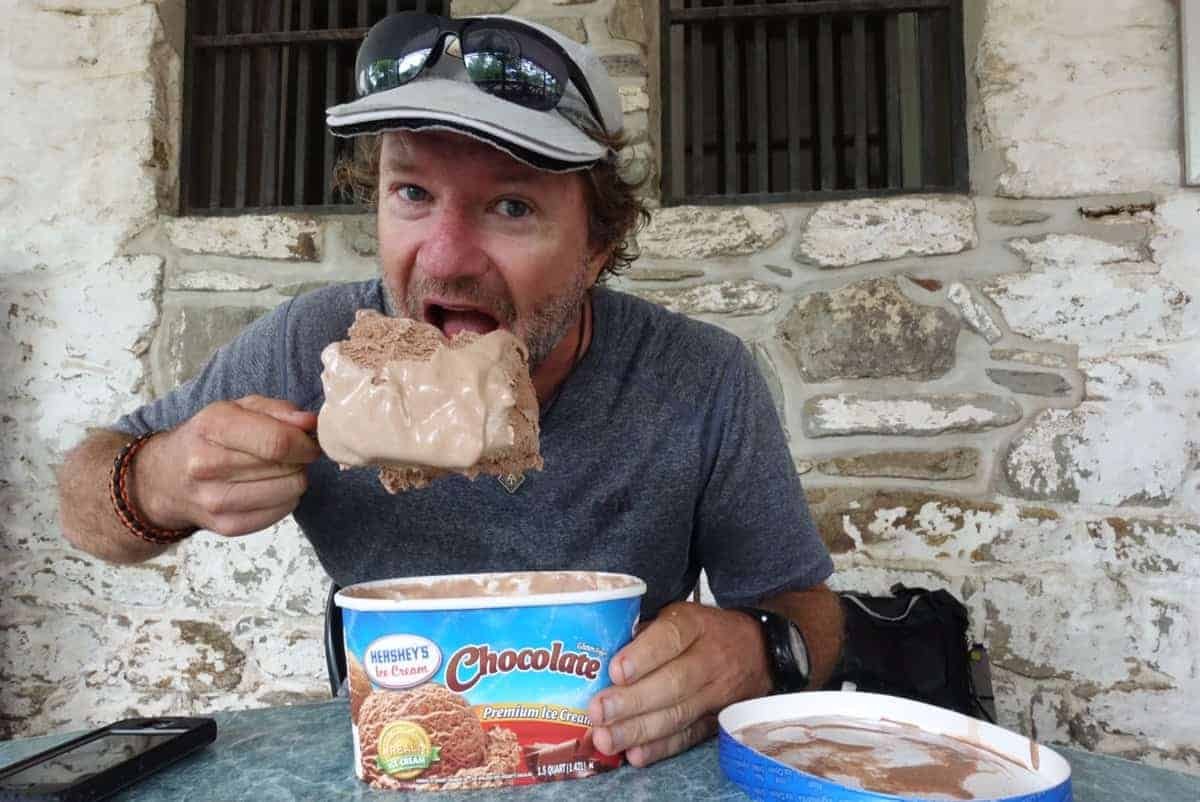 The light rain that woke me in the morning was gone when I started hiking at 6am. Few hikers are awake at that time so I had the trail to myself.

Around 10am I hiked into the well known General Store that is home to one of the craziest traditions on the Appalachian Trail. When hikers reach the half way point of the hike, tradition dictates that they should consume half a gallon of ice cream, that’s around 2 litres, it’s over 2000 calories of craziness.

I was hungry so I ordered a bacon and egg roll before starting my tub of chocolate ice cream. After a strong start my pace slowed down. For some reason I started to feel cold so I put on my down jacket even though it was a warm and humid day.

After 1 hour and 3 minutes I finished the half gallon challenge. That’s one large tub and a smaller 1 pint cup of ice cream. Four other hikers started eating after me and finished before me.

I guess my pace was quite slow. I think I have no need to eat half a gallon of ice cream again, ever. My stomach expanded so much the waist strap on my backpack didn’t fit, I was about 2 inches wider than normal.

After a short stop at the Appalachian Trail museum I hit the trail. Initially my pace was that of a thoroughbred racehorse. Within an hour my pace was closer to that of a snail. I was sleepy and lethargic. I stopped on the side of the trail to rest, I almost fell asleep. Maybe eating the ice cream was not a good idea.

Slowly I kept moving through the afternoon and my energy returned, however, I was still sleepy. Nowadays I rarely know where I’m going to camp at night. Most of the time I just hike until late afternoon then fill up with water and look for a place to camp when I feel tired.

I did the same thing today. I found a nice quiet campsite about half a mile from a shelter. I was alone in nature with the calls of the birds, drones of the many aircraft above and then, the sound of the rain as it hit my tent.