AT Day 72 – Knotts and the Appalachian Trail Speed Record 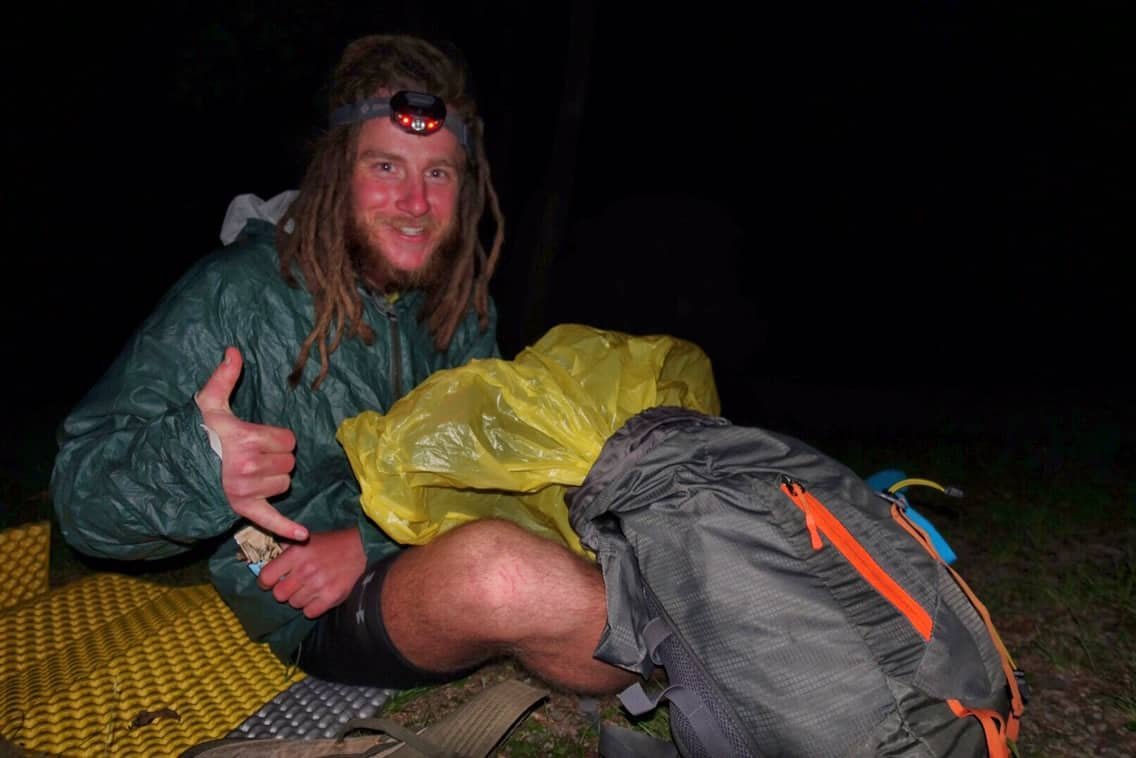 I was woken at 12.30am by a bright light shinning into my tent. It took me a while to register what was going on. It was another of my CDT hiking buddies, called Knotts.

Dan Knotts Binde is not your regular thru hiker. He is already a Triple Crowner and this year he plans to hike all three of the trails that constitute the triple crown, the Pacific Crest Trail, the Continental Divide Trail and the Appalachian Trail in a calendar year.

It’s called the calendar triple crown. Very few hikers attempt such a thing. He has already hiked around 800 miles of the PCT and around 700 miles of the CDT. Sounds impressive, right?

Knotts’s main goal for this year is to break the unsupported (without a support crew) speed record for the Appalachian Trail. Currently it’s held by a girl called Anish. I’m not sure of the exact time but something like 55 days to hike 2190 miles.

Knotts and I have been keeping in contact for a few weeks, hoping to meet up on trail and either hike together for a couple of miles or share a camp. When he woke me at 12.30am he was still on day 30 of his FKT record attempt. That’s 1310 miles (2108km) in 30 days. Crazy.

He was obviously exhausted but we chatted for an hour while he got ready to sleep. He failed to secure any sponsors for this hike so bought a $19.99 backpack from Walmart and a $5 fleece blanket which he picked up on a Black Friday sale. He is on a very tight budget. His shoes were falling to pieces but he was in good spirits. From what I could see he was on track to take the FKT on the Appalachian Trail.

On a cold night he grabbed 4 hours sleep and was away hiking with his Walmart backpack around 5am. His lightweight setup only weighs 5 pounds, just over 2kg and was done on the cheapest budget possible. Check out his social media below, tell him Shepherd sent you.

I went back to sleep, because I could and I was tired. It was after 8am when I took my first steps out of camp.

The mornings hike had sections of ridgelines with nice views and the now standard rocky sections. Several hikers I met at the campsite mentioned a short hike to a restaurant for lunch. They twisted my rubber arm and I found myself at a rather posh looking restaurant.

I’m not smelling particularly nice right now, it’s been almost 200 miles since my last shower. Ok, I stink, real bad. I’m even grossing myself out right now. Six dirty smelly hikers were eating near well dressed, wine drinking business people. We were all well aware how far removed we now are from what others call normal. I had a lovely salad and a turkey sandwich with my beer. Have I mentioned that I’m craving healthy food. Of note I found a large tick on me during lunch, so did two others. Three ticks on six hikers. I check myself daily for these horrible  alien creatures.

The afternoon section of hiking was rather short to a small bushcamp next to a beaver pond. The tea coloured water was well filtered before drinking. It seemed every other hiker except me saw a black bear about half a mile from camp. Not to worry, I’m sure I’ll sleep well.

Next : Day 73 – Wetlands, Pizza and the Playboy Bunny