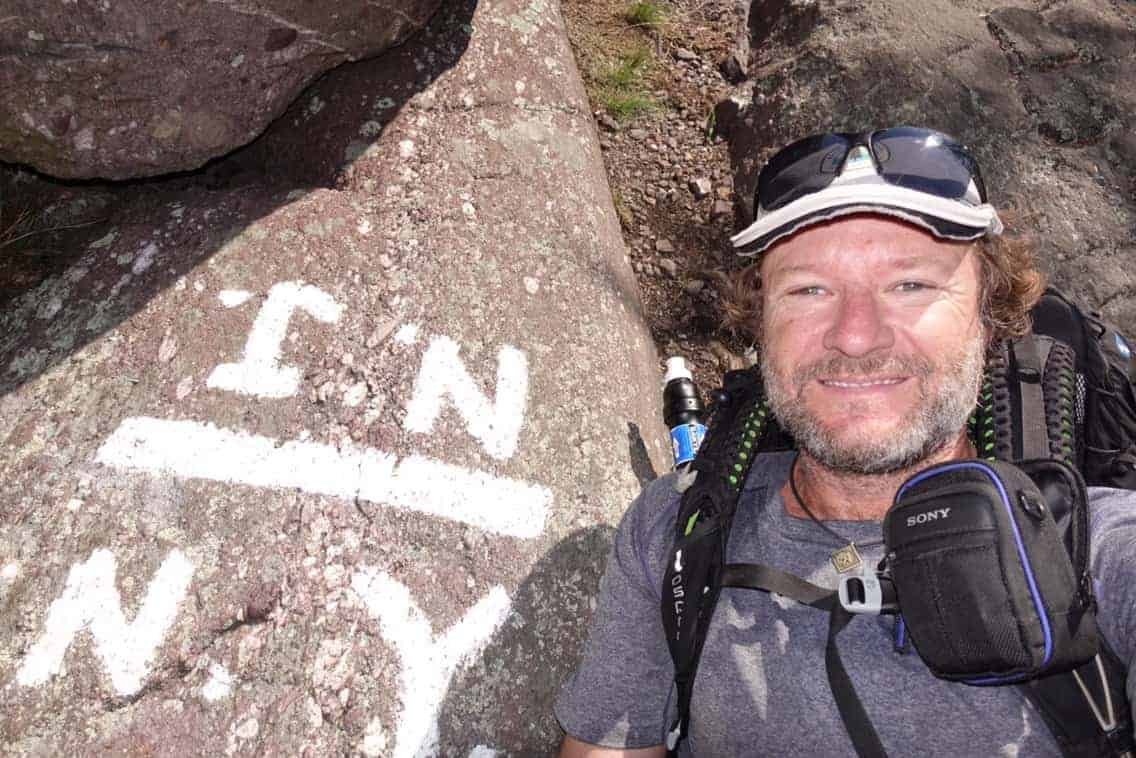 The trail started the day fairly easy. Weaving its way through rural properties, wetlands and eventually ending up on a rocky ridgeline with views to the nearby New York City.

As I hike the Appalachian Trail I’m constantly in wonder that a trail like this exists. So many large and densely populated cities so close to the trail. Yet there is this sometimes narrow, sometimes wide corridor of bushland that exists. Tens of millions of people live within an hours drive of the trail. I’m also in wonder at how many people are day hiking on the Appalachian Trail and don’t even know it. These day hikers smell so nice.

The trail entered a wetland area on raised boardwalks. I stopped to enjoy the sounds of the birds but not for long, mosquitoes love wetlands. One pond had hundreds of turtles in it. This small but important habitat must be quite healthy.

Soon after the wetlands the trail entered the rocky ridges that typify this part of the trail. It was on this section of trail that I bid farewell to New Jersey and hello to the state of New York. There was a lot of air traffic overhead, in fact there’s been a lot for many days and weeks now.

From the high ridges I could see brief but distinct glimpses of the New York City skyline some 50 miles away. I suspect it’s rare to get such a view. I will consider myself lucky. These high rocky ridges also gave me a glimpse of Greenwood Lake, a large recreational lake frequented by locals and tourists alike.

The town of Greenwood Lake was my destination and place where I would take a direct bus to New York City. For $13.75 I took the direct bus from Greenwood Lake to downtown Manhatten in New York. What a culture shock. For the next few days I’ll probably spend way too much money. Time to be a ‘normal’ tourist.

A big thank you to one of my readers Dr Bill who hooked me up with doxycycline to ward of possible disease from the numerous tick bites I’ve had. Thank you.

Next : Day 75-80 – Visiting New York from the Appalachian Trail