CDT Day 109 There’s a bear in my campsite 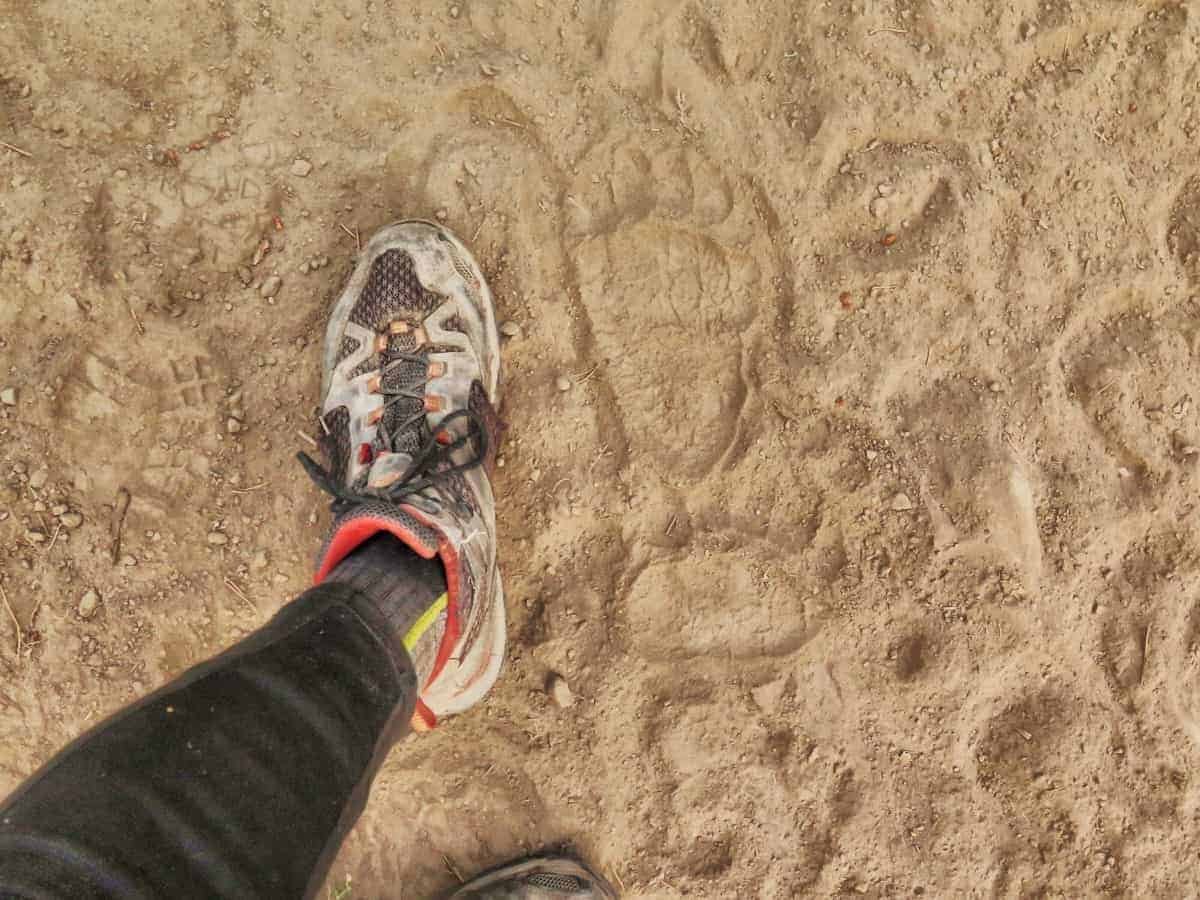 I didn’t sleep well last night. It was cold, very cold, below freezing. But that wasn’t what kept me awake, although it was part of it. I felt like I was being watched, stalked. I can’t explain the feeling but it was real. I woke several times and sat bolt upright in my tent, scanning the darkness. Nothing.

When I started hiking the trail at 6.30am my fears were confirmed. Fresh bear tracks not 5 meters from my tent. Black bear tracks, a big one. [Edit- Rangers looked at the tracks and confirmed it was Grizzly Bear tracks, I thought it was a Black Bear] This bear had walked past me during the night not even pausing to take a look at me. Or so it seemed from the tracks. It seemed it was on its way somewhere and that somewhere didn’t involve the food in my tent. That’s right my food was in my tent. Right next to my head. I contemplated using it as a pillow. I think it’s time to hang my food from a tree. At least it wasn’t a Grizzly Bear [Edit- I was wrong].

I followed the fresh bear tracks for maybe 2 miles before they disappeared into the bushes. There wasn’t just bear tracks but fresh deer tracks and coyote tracks. Then there was the extremely large wolf tracks, of which they are very numerous here. The wolf tracks appeared to be 24 hours old. This part of Wyoming is alive.

The trail for the day was some sort of horse superhighway. I passed several large groups of them as the day progressed. The horses feet pulverises the dirt into a fine dusty powder not unlike baby powder or talcum powder. In Australia we call it bulldust, not sure if it has a name over here. You can mix it with soap and a bit of water to make a strong resin glue, just a little outback trick for you!

I also passed several southbound hikers. We exchanged info about upcoming towns. One mentioned a Wolf sighting the day before. They all seemed quite clean and fresh. Most of the northbounders are dirty, tired and struggling. Maybe I should have hiked southbound.

Early afternoon saw me arrive at a place known as ‘the parting of the waters’. The aptly named Two Ocean creek flows to a point where it splits into two different streams. That in itself is a rather unusual hydrological event. But what is even more unusual is one stream flows to the Pacific, the other to the Atlantic. Although the way USA pillages its waterways it would be a miracle if one drop of this water makes it to an ocean.

I rested in the shade and stopped at least some of the water from reaching the Pacific Ocean. Then came a 2000ft climb. The last big climb I would do in the state of Wyoming.

I passed several more hikers after the climb, some heading northbound like me, some southbound. I had to keep pushing north towards the boundary of Yellowstone National Park. In total I saw 10 southbound hikers.