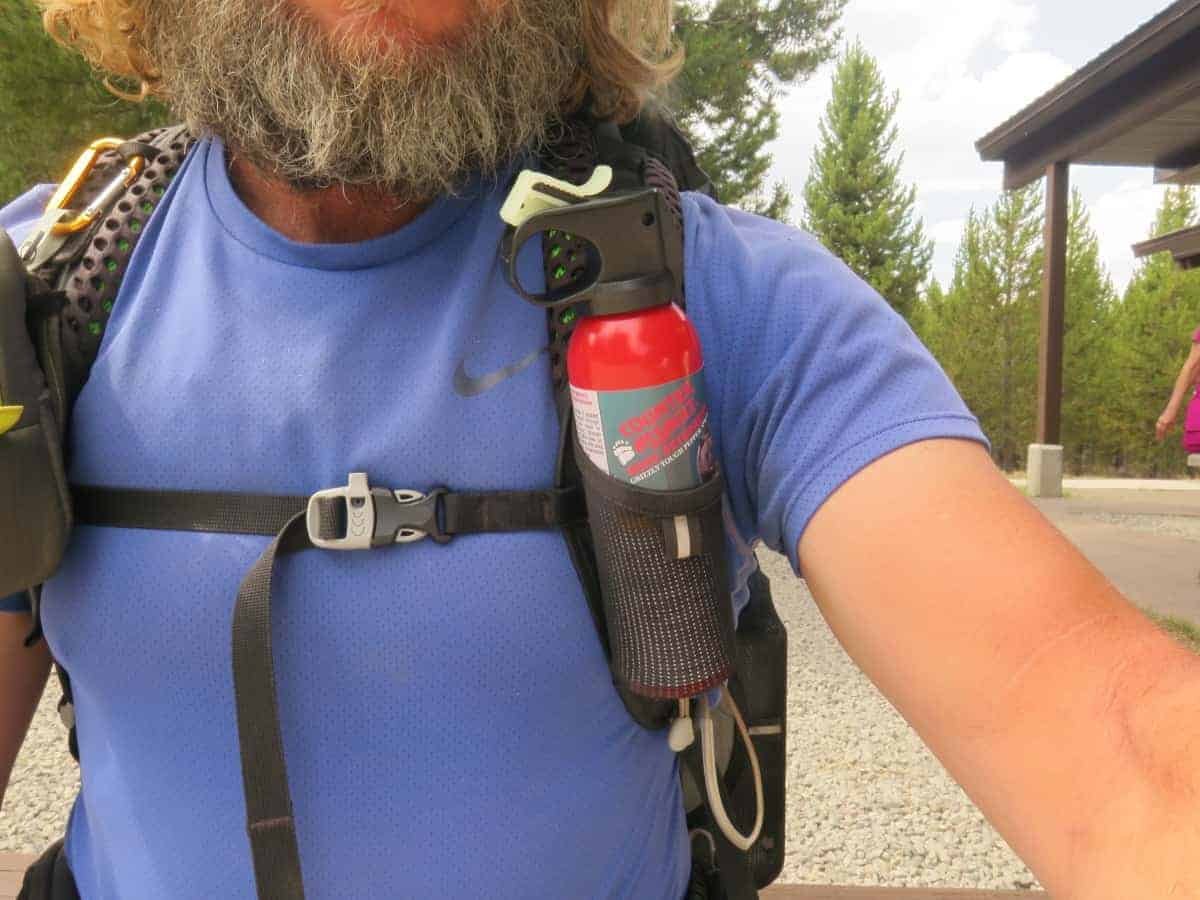 I looked around the expansive dining hall at the Grants Village Restaurant in Yellowstone National Park. Of all the gentleman dining I was the only one not wearing a collared shirt.

I must admit my appearance is unkept. Long uncombed hair, scruffy beard with bags under my eyes from long weeks of not enough sleep. Then there is my clothing. My down jacket is torn in many places, held together with duct tape and the same tape I use for blisters. My shorts have a rip the whole length of the rear end, exposing my butt to the masses. My mind and body resemble my appearance. I’m worn out. This trail is so much harder than I thought.

I heard through the hiker grapevine that a thru hiker that I hiked with earlier in my hike was mauled by a Grizzly bear. He is fine, a couple of scratches and damage to his backpack. I believe he is the first thru hiker ever to be mauled by a Grizzly Bear. It occurred several miles south of Togwotee Lodge near a place called Sheriden Pass.

Turns out that the problem bears from Yellowstone are relocated to this area. Same area where one walked through my campsite the other night. Would have been nice to know earlier. I bought some bear spray, finally. At least it makes me feel safer while hiking solo. This would not be the first hiker mauled by a Grizzly on the CDT this year. A couple of weeks later while hiking in Glacier National Park I met another CDT hiker mauled by a Grizzly. Stay Tuned.

EDIT – I later found out that the “mauling by a grizzly bear on the CDT” turned out to be a young grizzly bear charged at a hiker. I know the hiker and have hiked with him on the trail. He curled up into a ball. The bear kept coming, bit a small hole in his brand new backpack, then kept running. He was very lucky. But this was not the only Grizzly attack on the CDT this year. Another hiker was mauled in the same area. Read a short part of his story CDT Day 162