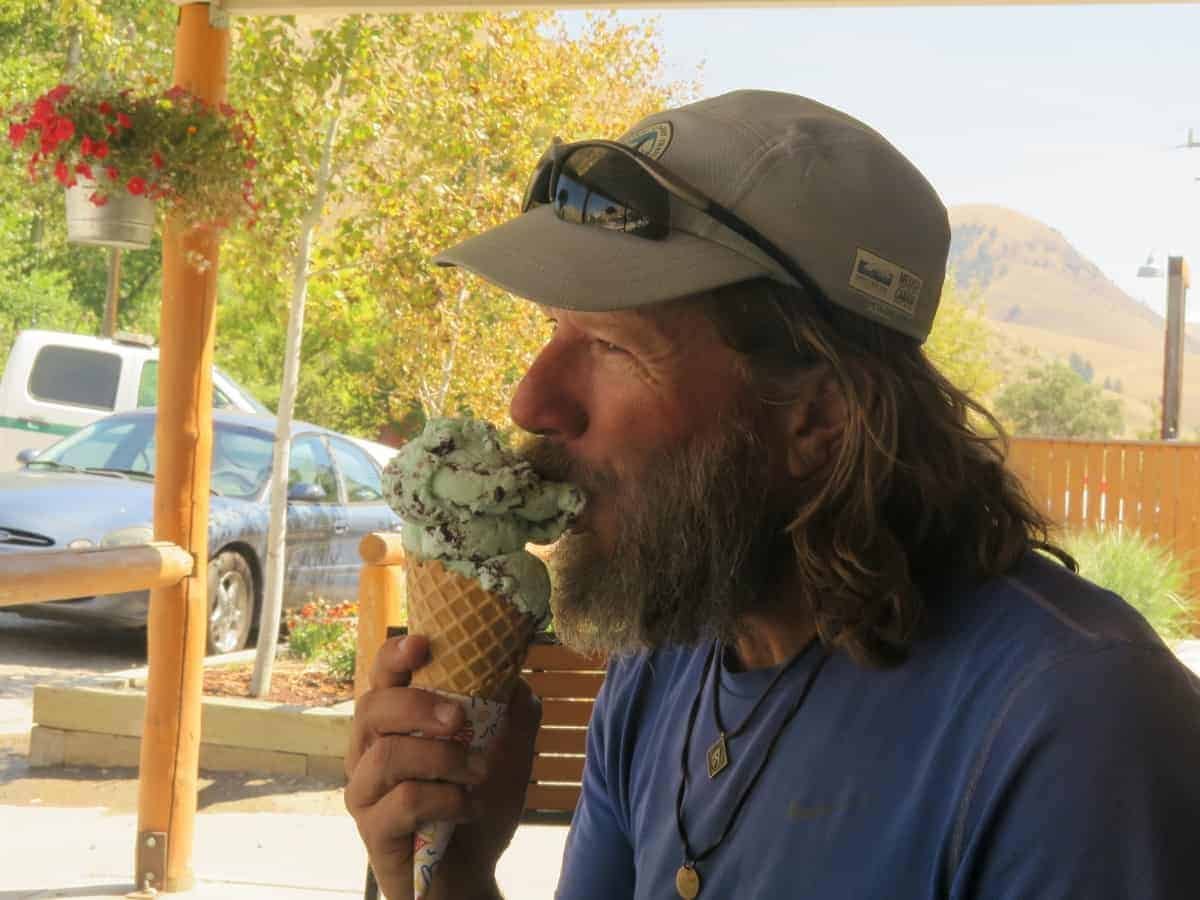 I set off alone to the small resort town of North Fork. The road slowly worked it’s way along the Salmon River. As I looked at the river I thought to myself that it would have been a great idea to hire a raft and paddle down the Salmon river instead of walking next to it

Around lunchtime I arrived at North Fork. Nips and Easyrider were already there. Turns out they stayed in the town of Salmon until very late yesterday. They hiked through the night then camped at a pull out next to the highway. When they described the place it turns out they camped about 50 meters from me. As they arrived at midnight and departed around 5am I didn’t see them. They didn’t see me as I was partially hidden from the road.

I ate way too much food at the resort. We all ate too much. It was slow going as we again set off on the highway yet again. Highway walking is rarely as exciting as hiking on a nice trail but I think my body is thankful for the lack of punishment it is receiving. If a 27 mile roadwalk is considered non punishing on the body.

Places to camp were somewhat lacking. We settled on a campsite very close to where Lewis and Clark camped when they tramped through this part of the world during their days of exploration. Although we were right next to the highway the traffic seemed quite low which promised a good nights sleep. Tomorrow we bid farewell to Idaho as we turn north to our final state of Montana.