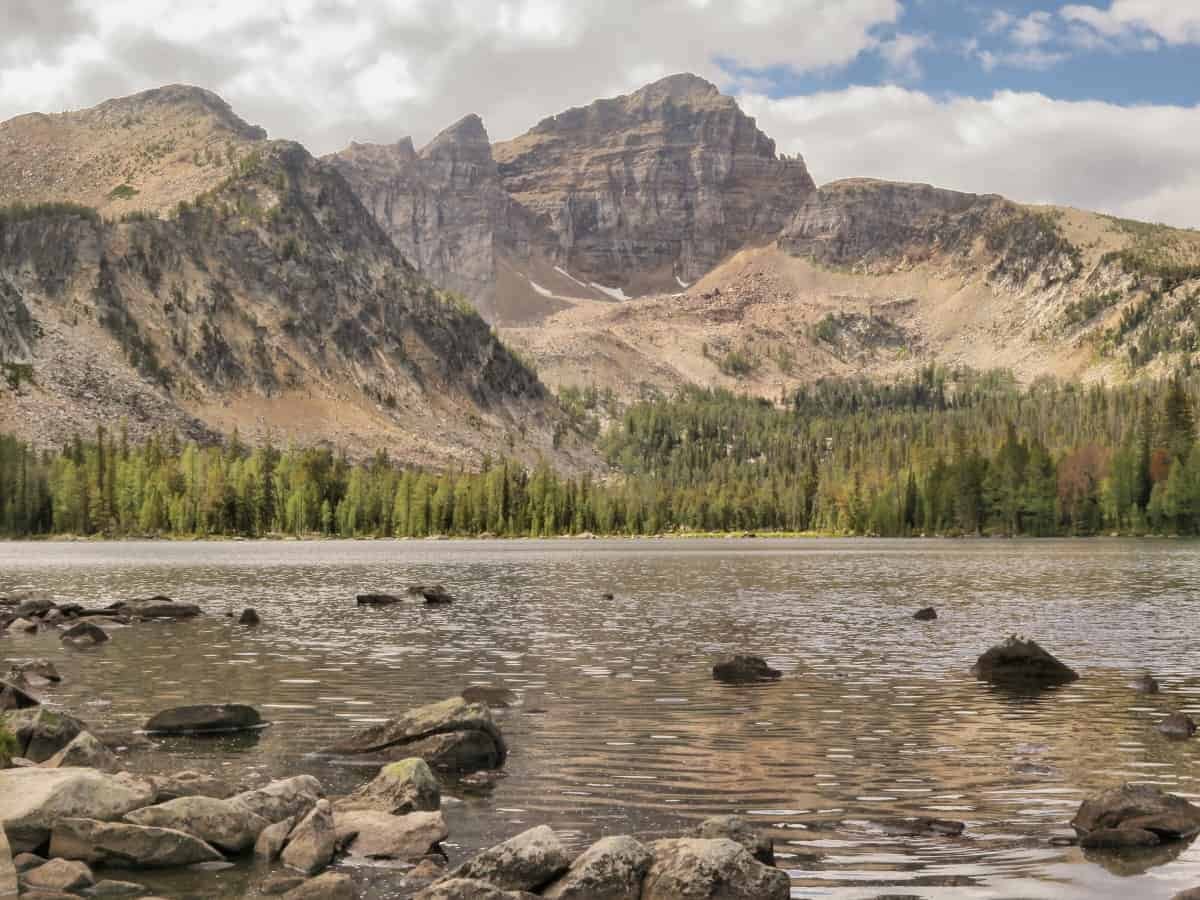 Again it was cold overnight. Well below freezing. I guess I’m going to have to get used to it. And it was the cold that initially woke me from my slumber.

It was not yet light enough outside but I could hear noises outside my tent. Maybe 100 meters away it sounded like the breaking of tree branches. I stuck my head out into the cold morning but I was unable to see anything in the morning twilight. I settled on making breakfast all the while planning what to do if a bear attacked me. The sound of breaking branches started again. Then stopped. Then started again. The clumsiness of the fiasco had me thinking it was a lost hiker or a lousy hunter making the sounds.

As the sun started to provide enough light I got out of my tent with my bear spray to see what was going on. In the distance, maybe 100 meters away in a grassy meadow I saw movement. Two large brown coloured beasts. They walked around each other several times. Then they clashed and I heard the familiar sound. It was two male elk fighting. Their large racks hitting together had a sound like tree branches breaking.

I sat and watched the elk from a safe distance. Then I realised I didn’t have my camera and it was bitterly cold. I returned to the tent to get my camera. But the elk had gone.

After my morning wildlife show I was excited about the trail. I continued over a couple of mountain passes. All the while wearing my down jacket, gloves and balaclava. It was cold.

While climbing one of the five mountain passes I climbed today I saw a large black shape run up the trail in front of me. I was near a stream so didn’t hear a thing. My first thoughts were that of a black bear. But it was a moose. A dark black moose with a large set of antlers and a long goatee type beard. It stayed well away from me. I guess it must be moose hunting season soon.

While passing one of the many blue lakes I saw what I thought was a Martin or Weasel looking creature running over some logs. I wasn’t able to get a good look at it.

My energy levels were great today. And the foot pain of recent days had disappeared. I was able to move quite fast despite the large amount of climbing and descending. I wondered if I would catch Nips and Easyrider.

Late in the afternoon I looked at my map. I had a choice. Hike hard into the late evening then wake early and hike hard all day to make it to the next town or slow down and camp out side the town tomorrow night. I set up camp next to a small stream. Alone. I have about 38 miles to the next town of Anaconda. I am dearly in need of a rest.