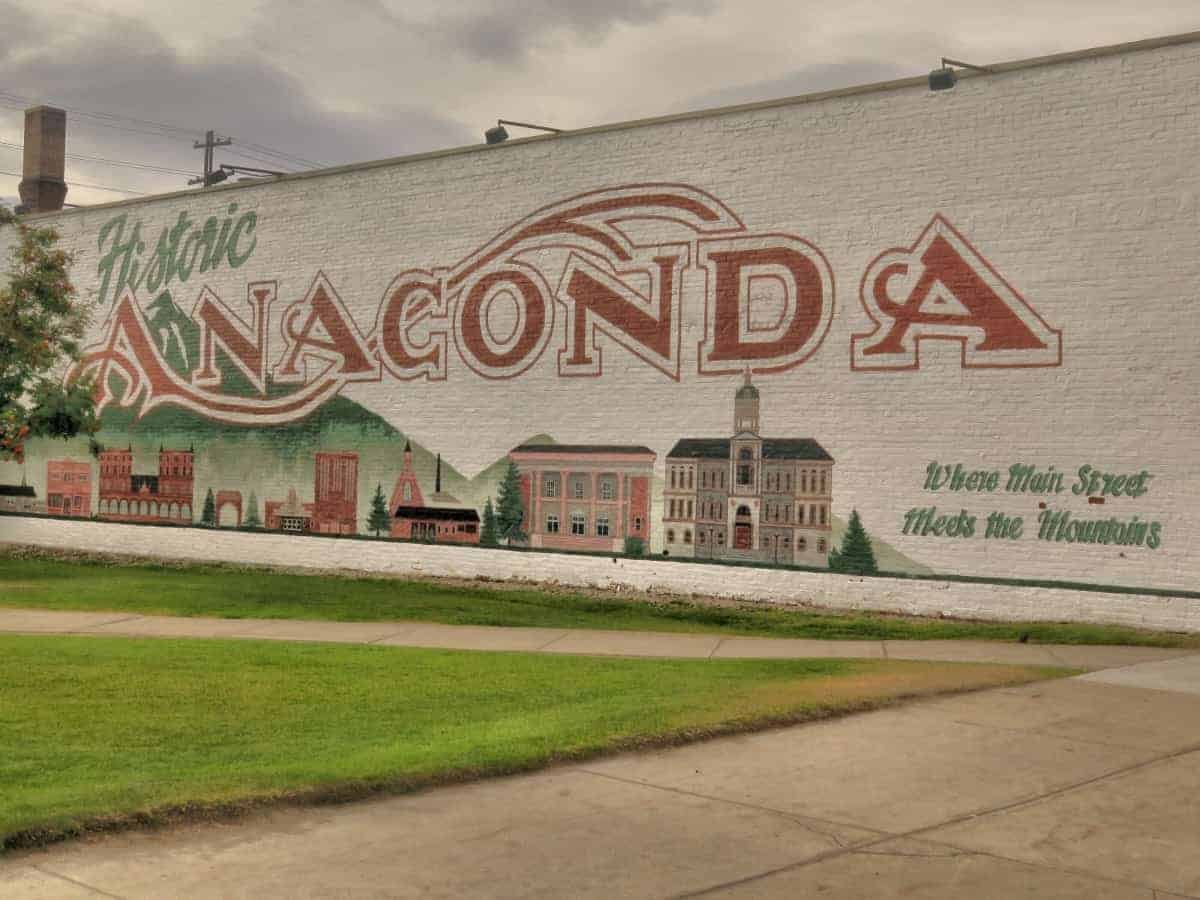 I’d run out of food late yesterday so I had no dinner last night and no breakfast or snacks for the morning. Luckily it wasn’t far to town and I could  make it without too many issues. Or so I thought at the time!

I arrived in the town of Anaconda around 8.30am due to a pre dawn start to my hike. I searched in vain for a place that was open to serve me a large portion of food. Everywhere appeared closed. Anaconda almost appeared to be a struggling ghost town. Abandoned buildings, even abandoned houses with many ‘For Sale’ signs everywhere.

I sat on a bench in what appeared to be the centre of town, but there was no way for me to be sure. I looked at my maps. Many places were mentioned but they all appeared to be closed. I looked up. On the other side of the road I saw some hikers. It was Popeye and his partner Olive Oil or Evoo I as called her. I hadn’t seen Popeye for over 500 miles. I hadn’t seen Evoo for over 2200 miles, or the start of the trail. She joins Popeye for a couple of short sections here and there.

Popeye, Evoo and I found a cafe that was open. I ordered a large breakfast and made a plan to go back to get my poles. As I ate breakfast I received a message from Nips who was already in town with Easyrider. They met a local trail angel who offered to take me back the seven miles to pick up my poles. Saved by an angel. And they were exactly where I left them.

I resupplied and relaxed for the afternoon. Nips, Easyrider and I shared a room. After an extraordinarily large pizza meal I went to the cinema. A rare treat for me. Jason Bourne was the only attraction showing.

The following day Nips, Easyrider, Popeye and Evoo left town. I had a zero day to relax and catch up on town chores. Unfortunately my body seems to require about a week off the trail to recover.