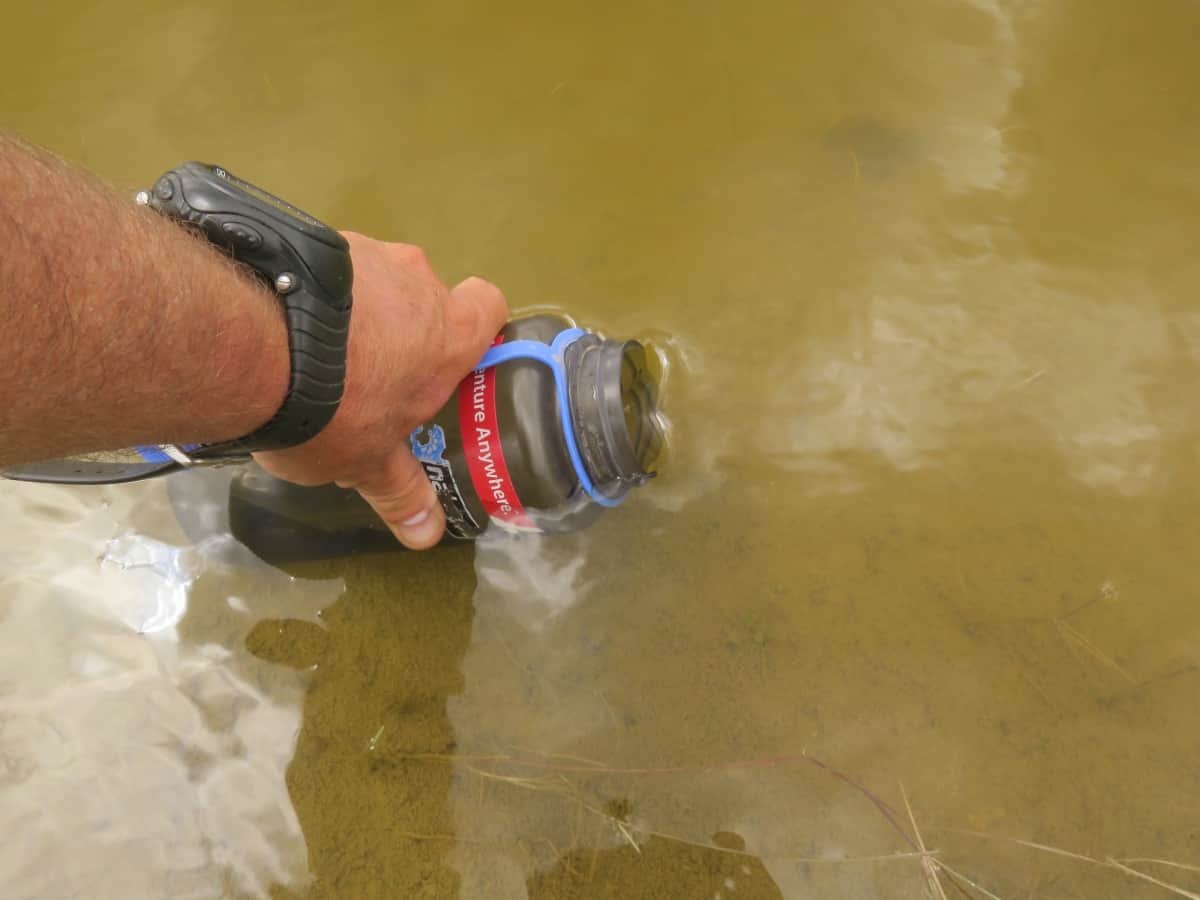 I started hiking at 6am. Taking advantage of the limited cell phone service I type messages as I hike. Big mistake. I’m 1 mile in the wrong direction before I realise I missed a turn off. I take a compass bearing a head cross country through the miniature cactus and Sagebrush.

It’s hot. Made worse by the complete lack of wind. I love the heat and hike better than most in the heat but I struggled in the morning. My old hiking buddy Crunchmaster would have hated today. It wasn’t until the afternoon that a wind appeared which made hiking bearable.

Another southbound hiker appeared. The second I’ve met so far. He gave me his best spray which he no longer needs. Saves me finding a place to buy some. I now have peace of mind when I hit Grizzly Bear country. Now all I need is to find a 10 metre length of lightweight rope to hang my food bag at night. I enter Grizzly Bear country in 3-4 days.

Water sources haven’t been kind to me. I was forced to drink from 2 disgusting cow ponds today. The first looked like urine but tastes ok. Although about an hour after drinking the water I felt weak, nauseous and needed to hurriedly run behind some sage bushes. The second water source had animals living in it. It was so bad I treated the water with my steripen and chlorine tablets. Wish I had my Sawyer water filter. I made a bad choice of water filter for this section of trail. Live and learn.

Despite stretching at every rest stop my left heal was sore late in the day. But I couldn’t stop hiking. I had to make it to the next water. Even a late rain shower wasn’t enough for me to stop and rest. Not that it was worth resting, there was no shade or shelter. It’s a harsh climate here.

It was almost 8.30pm when I finally reached camp. Exhausted. Oh by the way. Just before camp made a sign in the dirt to commemorate 1500 miles of hiking since the Mexico border. That’s a 1500 mile unbroken line of continuous footsteps. Feeling proud.