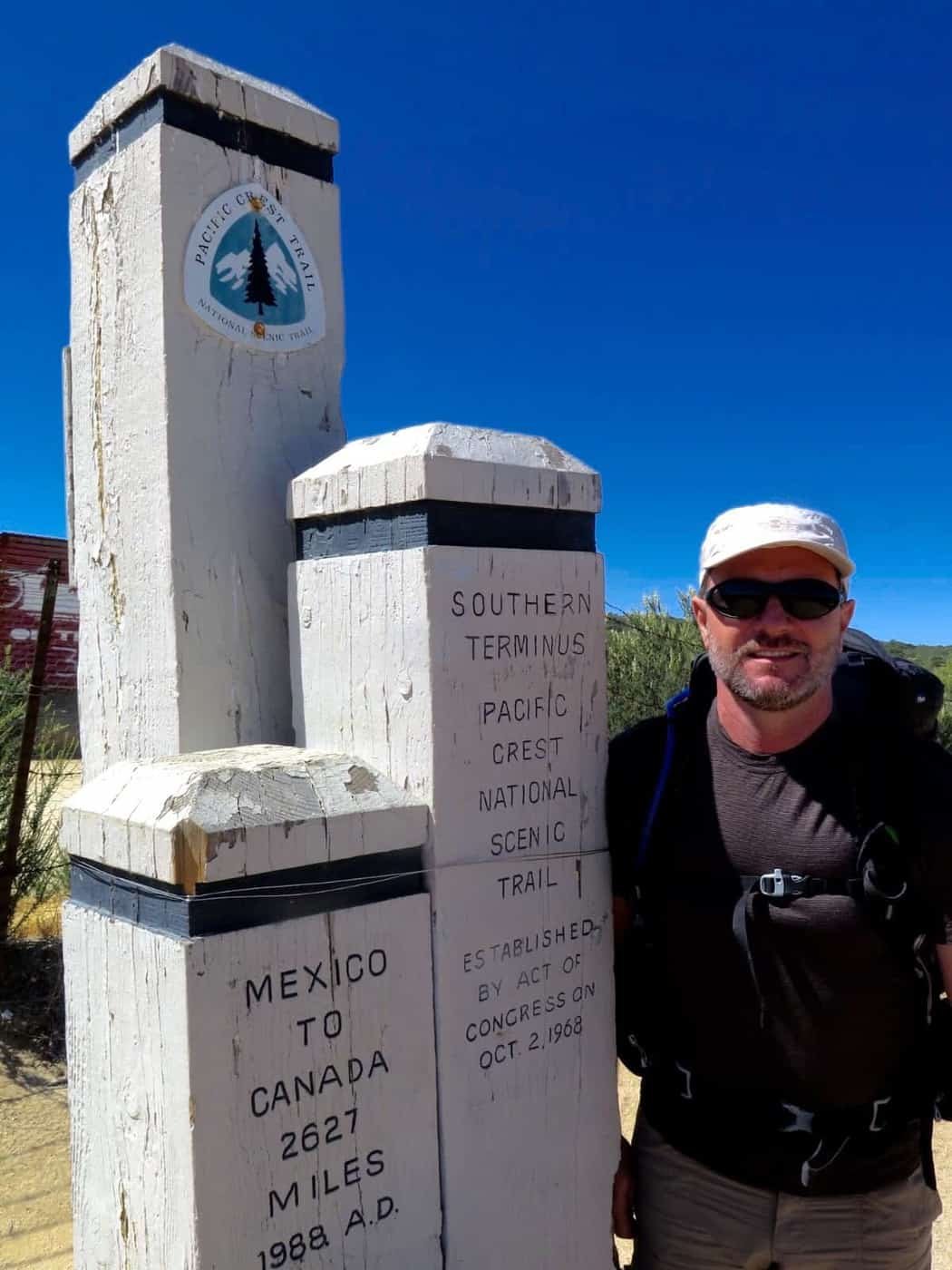 It felt like I just got to sleep moments before I was inappropriately awoken by my alarm. It’s a long drive from near Palm Springs to the start of the Pacific Crest Trail (PCT) at Campo, 3 hours in fact. Jetlag is still affecting my sleep or lack thereof, but I felt ready. 2660 miles of the PCT. After many hours, days and months of reading the blogs from hikers that have come before me, it’s my turn.

I must acknowledge the kindness of my friends Doug and Marilyn for picking me up at LA airport after my long flight from Australia and hosting me for the several days prior to the commencement of this hike. Then driving me to the start of the trail. Thank you so very much.

The trailhead post marks the southern terminus of the Pacific Creat Trail. I’ve seen it in many photos. Several metres away is Mexico. A large non descript mustard steel fence marks the border. I thought it prudent to touch the border, I am after all walking from Mexico to Canada. I’m sure Border Security were watching from some secret squirrel location. I found a small hole big enough to stick my finger through.

The start of the PCT

I wanted to hike at least the first mile of the trail alone, which I achieved. It was 10.45am and already comfortably warm. The rest of the day I exchanged greetings with all the other hikers, some more chatty than others. We were all carrying heavy packs. I had 7 litres of water and 5 days of food. My pack was around 20kg. Some hikers had painfully large heavy packs. This was the start, PCT Day 1.

After 15 miles of hiking through the Rolling Stoney hills of the Southern Californian desert I set up camp at Hauser Creek, which was dry. It’s not much more than a flat not of ground big enough for several tents.

Being so close to the border there were multiple surveillance helicopters buzzing around. The border protection is much more than a token effort in this part of the world. During the last 5 minutes of hiking I developed a sharp pain in my right knee, I hope this only temporary, I will see how I go tomorrow.

12 thoughts on “PCT Day 1 The Beginning”