Day 104 The Wonders of Night Hiking 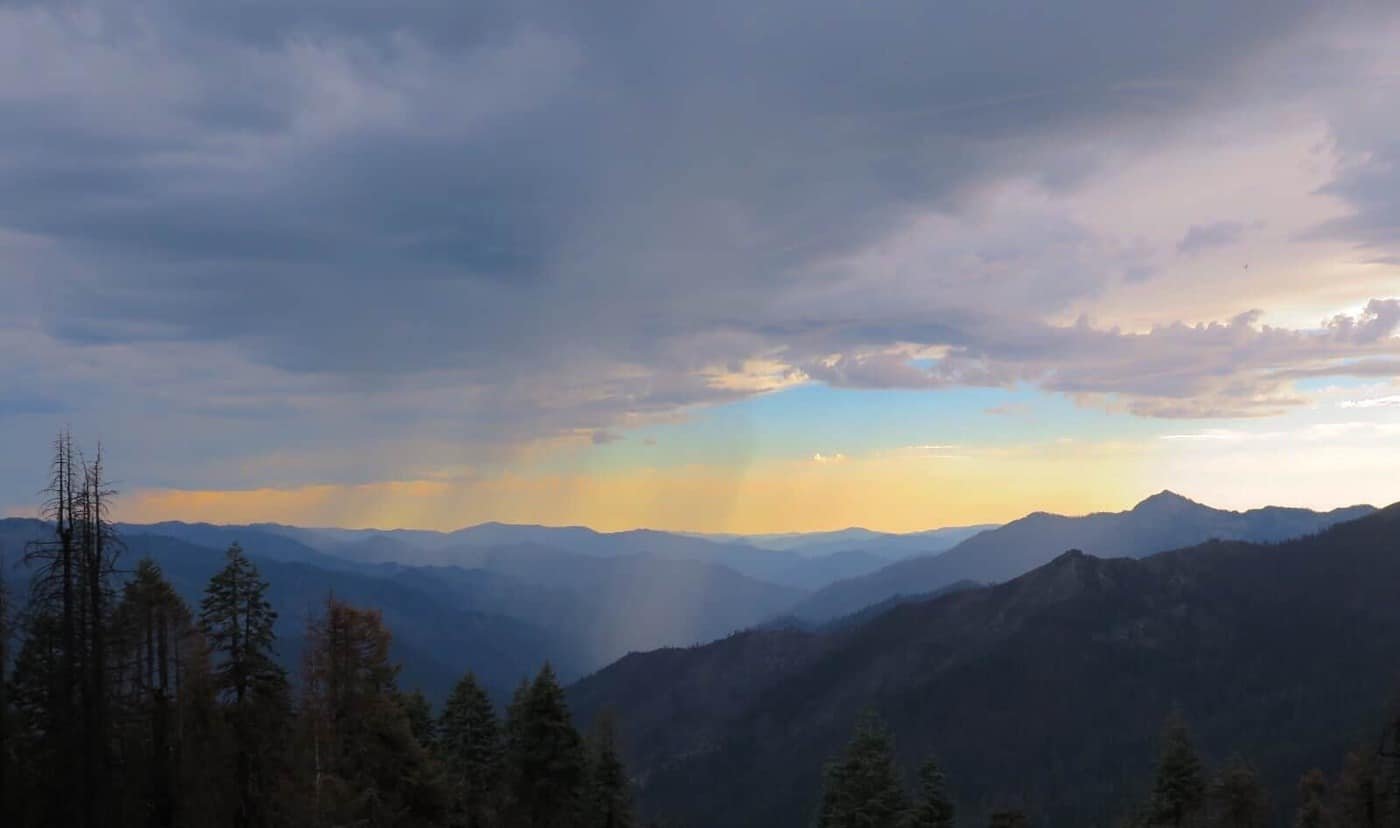 Several days of rest and recreation had made me soft. Despite being very motivated to be back in trail my body was questioning why.

Our ride from Etna to trail cost $5 and was organised by the local hostel. A very friendly Golden Labrador joined me on the back seat for a pat and back rub. It was 9.30 when we commenced hiking. Not ideal. Specialty considering the forecast weather was 105F and no chance of rain.

The first miles came easy enough through the thick smoke haze. There was a fire somewhere. The smoke settled in my throat. Normally I’m fine with smoke from fires but today I felt it, even though there was no smell of smoke.

Several hours of ridge walking led to a series of lakes. The expected extreme temperatures didn’t eventuate or I may have gone for a swim in the dirty tea coloured water. I looked into a lake and spotted a lizard swimming.

I looked closer, it wasn’t a lizard, it was a Salamander, I thought. Cool, I’d never seen one before. It was maybe 1.5 times the length of my finger. A dull brown colour with bright red underneath. Mr Smith told me it was a Newt.

Similar to a Salamander but it surfaces regularly to breath air, which I witnessed several times. A closer look at the lake revealed many of them, I counted 6 but I’m sure there was many more.

As the afternoon progressed there were dark clouds building. The forecast was for 0% chance of rain. I was now skeptical of that forecast. As the trail continued on the ridges the clouds kept building.

The views were stunning. I love being up on these ridges in the early morning and late afternoon watching the valleys and ridges stretch off into the far distance.

I felt rain drops. This can’t be happening, not today. Please not today. I have neither a tent or sleeping mat at the moment. It would be waiting for me to pick up tomorrow afternoon in Seiad. No rain today please, I kept repeating.

The rain was little more than a few spits. Crash. Thunder. Oh no. Here I am on exposed ridges with little cover and there is lightning and thunder. Flash. I counted 1,2,3…16. 16 seconds between lightening and thunder.

I can deal with that, it’s not too bad. 15 minutes later it was down to 6 seconds. By this time it was around 6.30pm. We descended into a safe grove of trees and started cooking dinner. There was no way we were going to continue up onto the ridge until it was safe. We had covered maybe 23 miles and were quite exhausted but wanted to continue further.

At 8.50pm we set of into the darkness. I’m not a big fan of night hiking. I am a visual person. I like to see the scenery, night hiking isn’t for me but tonight was different. All my senses were alive. The sound of nothing, broken by the sound and movement of toads.

We saw 16 toads in total. Millipedes, several of them. Wolf Spiders, several of them. I was on a buzz from the night hike. The thrill of something new. By 10pm we found a flat spot to camp and called it a night. The near full moon tried its best to break through the clouds but failed. With no tent and no mattress I hope I sleep well.