Day 106 The Magic of the Trail 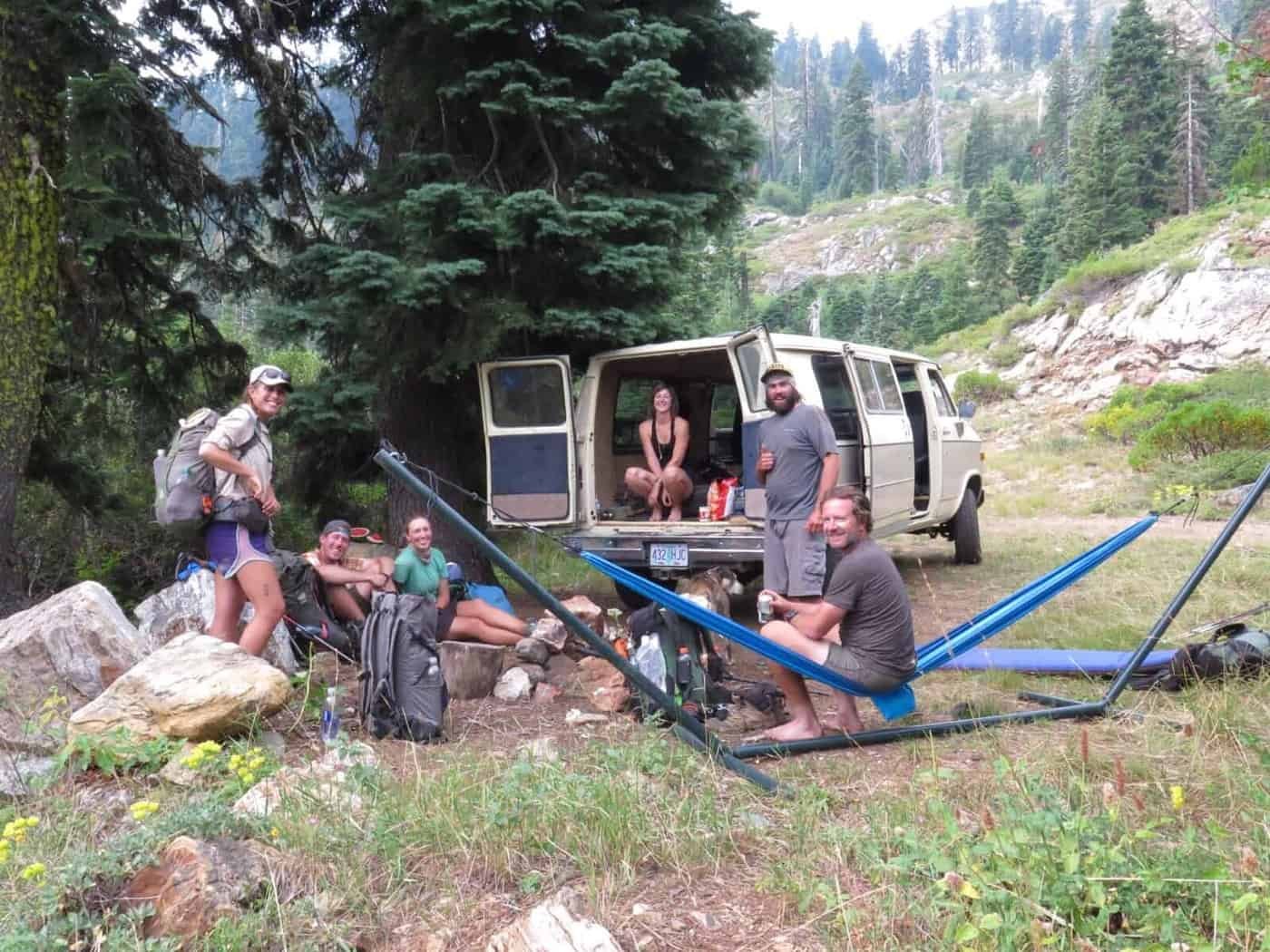 I was slightly more exhausted than I thought, yesterday’s 30 plus mile day seemed to take it out of me. But I was motivated to get out of bed and take on one of the most feared climb of the whole PCT, the climb out of Seiad Valley.

Waiting for me at the top of the climb was the promise of trail magic. A friend, Jaime lives nearby and was meeting me with Dr Peppers.

It was just before 7am when I started the climb out of Seiad Valley. The climb was steep. There was the tropical heat to sap the energy and the grade of the climb which was consistently super steep.

After about 2 hours of climbing I bonked. I ran out of energy. My legs turned to jelly and my hands started to shake uncontrollably. I knew this feeling. I’d had it before. Especially when adventure cycling.

All the glycogen in the muscles and liver had been exhausted and the body had no more sugar for energy. The result was a sudden, yes very sudden stop. 440 calories later I felt better. Yes it was a hard climb.

It was around midday when Mr & Mrs Smith and I crested the high point of the climb. Blisters. Seriously. Since taking a few days off my feet have become softer than cotton wool.

I had to strap up a hot spot on my foot before the combination of heat and rubbing manifested itself into a full grown juicy blister. I’ve learned a lot about my body on this trip. Preventing blisters is only one of many. Get in early and tape the area before a blister forms.

Many days ago I had organised with Jaime to meet me on a remote dirt road several miles past the top of the climb from Seiad Valley. We organised to meet at 3pm. When I arrived at 2pm I was ecstatic.

Jaime was there with Dr Pepper, Cinnamon Donuts, chips and beer. Seriously WOW. Several other hikers enjoyed the trail magic. While sitting in the shade enjoying the afternoon it was noticeable that the smoke from nearby wildfires were increasing.

Spotter planes and water helicopters were flying around. The crashing of distant thunder was also heard. A few spots of rain threatened us but the storm seemed to miss us.

For 5-6 hours we hung out with Jaime. Thanks for taking the time and effort to meet us on trail, in a remote area, it was so very much appreciated.

Mr & Mrs Smith and I bid farewell to her and hiked 3 miles through thick smoke to our camp. Several other hikers arrived at all hours of the night. Seems like night hiking has become popular.