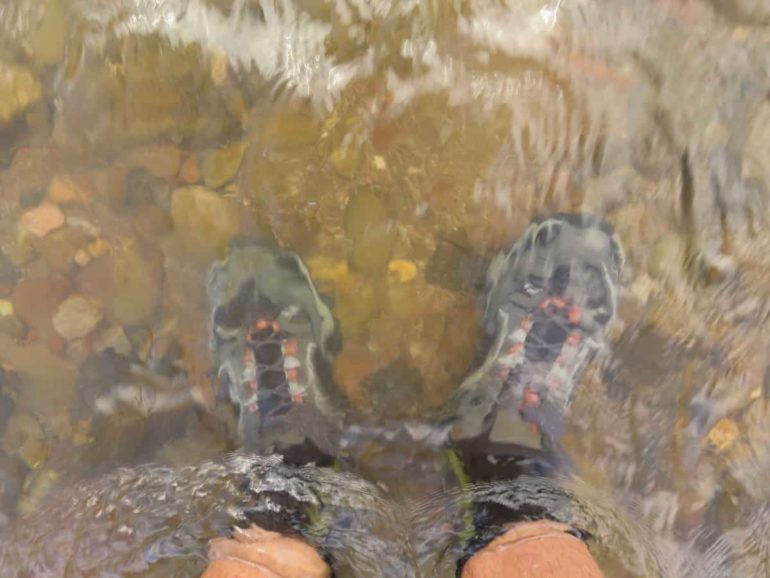 The day started like every other. Until several miles in when I went for an ablutions break. I expected to catch up with Crunchmaster and Spontaneous when I descended down to the Gila River. I took my time. I caught up to two of the Warrior Hikers, then Spontaneous caught up to me.

We arrived at the Gila River after a nice descent into the ochre coloured gorge. No Crunchmaster. 20 minutes later he arrived. He also got lost. Navigation wasn’t particularly difficult. Like many sections of the trail I just had to pay attention.

The Gila River is stunning. This clear rushing stream has cut a gorge a thousand feet deep in places. There are said to be many Old Apache site along the gorge. I searched in a cave that looked promising but there appeared to be little evidence that it had ever been used as a shelter.

For the rest of the afternoon we hiked upstream. In only 7.3 miles we crossed the river 37 times. It was rather amusing to watch Spontaneous take his shoes of at the first couple of crossings. It didn’t take long to realise we would be crossing this river a lot.

We set up camp early and had our first campfire of the trip. A campfire seems to bring people together. We spent time talking about our future dreams and aspirations. What a great way to end a great day.