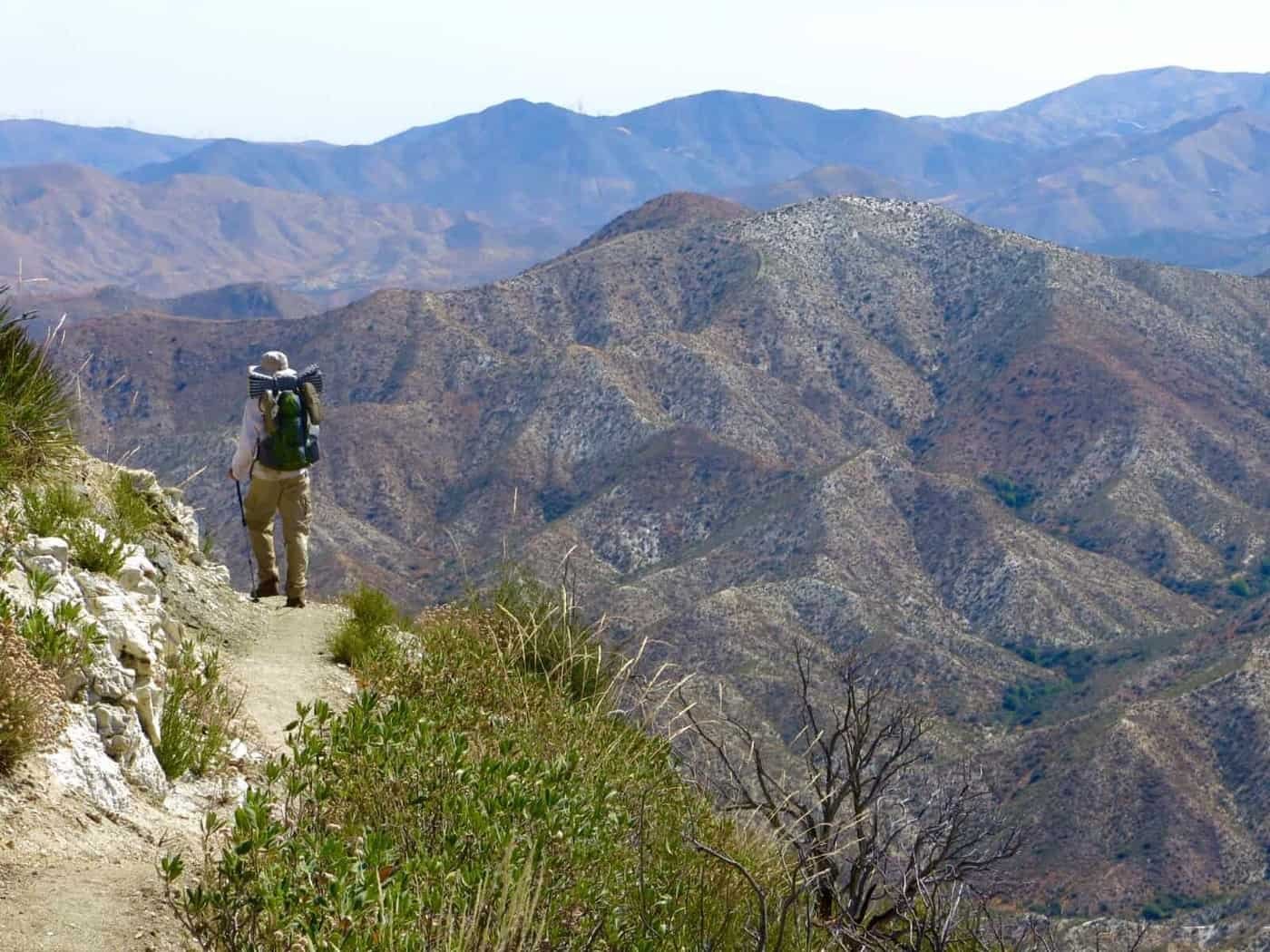 It was 4pm, my sore muscles and tendons slid into the soothing water of the hot tub. That’s right hot tub. I walked 14 miles to get here. Part of the way in pain. I felt I deserved it.

There was a strong wind that persisted throughout the night. So strong that hikers with tarps for tents and hikers who cowboy camped suffered. Despite the tent shaking and rattling all night I had the best nights sleep. I think my body needed it.

I had the most unfortunate wildlife misadventure. By misadventure, I really mean that I missed the adventure. It was a Bobcat. A small feline creature slightly larger than a house cat with large paws, pointy ears  and a stumpy tail. It was about 2 miles from camp. It was sighted by Crunchmaster.

The feline was just casually wandering down the PCT in my direction. I was on the same trail about 5 minutes ahead and totally oblivious. To say I was disappointed was am understatement. There are 2 animals I would really love to see, Bobcats and a Mountain Lion and I just missed the former.

If you could eat anything, guilt free, without thought for your waistline, what would it be? That was the basis of the conversation.

We weaved our way down to the valley that contained the KOA RV Park near the little town of Acton. Apparently we are less than 50 miles from Hollywood. But our thoughts were not about movie stars.

Showers. Laundry. Chinese food delivered. Beers. Pizza. Hot Tub. Oh yes the Hot Tub. I was also reunited with many other hikers such as Zig Zag, Stone, Seth and Malia. I will have to wait till tomorrow to see if my aching knee enjoyed the low miles and hot tub today.