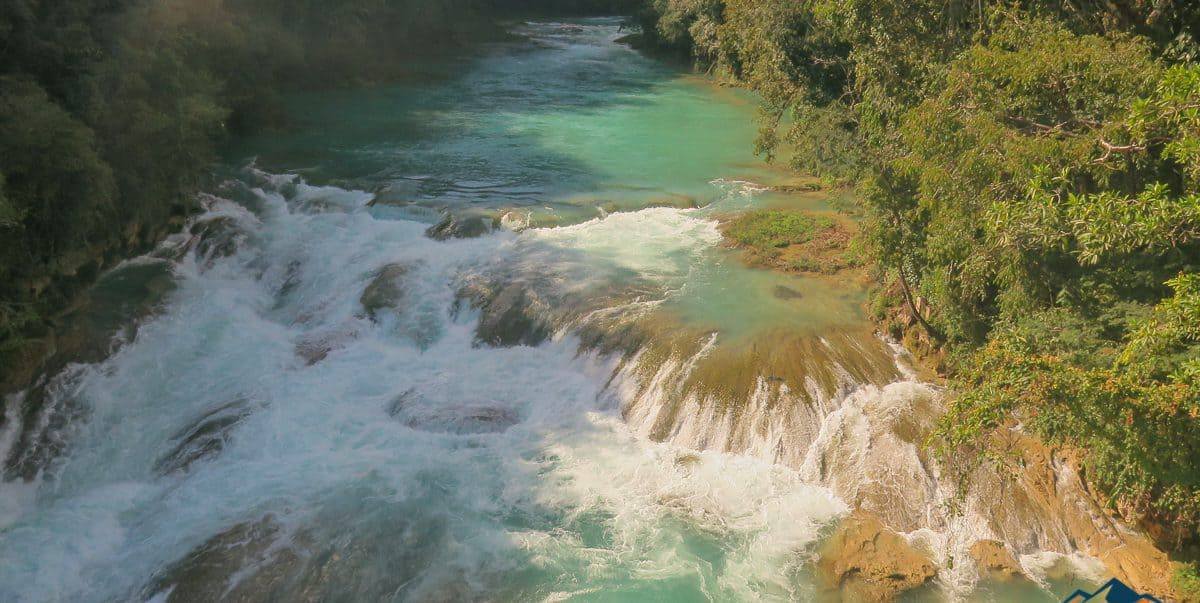 I moved yet further into the jungle or was it further into the land of the ranches. The road into the lowland jungle was a set of rolling hills. I was either going uphill or downhill. The slopes of the rolling hills held yet more plantations of food crops. Some areas were inaccessible to farms, they were home to stunning deep canyons with clear, inviting blue water. I was tempted to stop at one for a swim. But I didn’t. I am not sure why I didn’t stop, it’s not like I had to be somewhere better than this. Mental note for next time, stop at a stunning freshwater river for a swim, just watch out for the crocodiles. I’m in Snappin’ Handbag country now. That’s what I call Crocodiles!

By late afternoon I had passed the majority of the hills. The flat lands signaled the start of the large cattle ranches. Many areas appeared to be recently clear cut to make way for more cattle. I heard a rumour that the Drug Narcos are buying up land here to turn into cattle ranches. They are alleged to smuggle drugs inside the bodies of cattle as they transport them. These comments were told to me by small family run farmers. Truth, jealousy or a combination of both between the large farmers and small family run farms. No doubt there is some sketchy stuff happening in this part of the world.

There were many military checkpoints in this part of the world. I inquired about my safety. I was advised that there was no problem. It was all very quiet at the moment, they told me. Drug smuggling, gun smuggling, people smuggling and the occasional robbery was all that occurred out here. But I was safe, nothing to fear.

Several times while cycling I saw the Mexican Marines. The are the bad arse dudes of the military. When things need done, that is who they call upon to do it. Kind of like the SAS or Navy Seals. They were heavily armed when I saw them, with steel hard looks on their faces. Not the kind of people I would like to see if I was a bad hombre in this part of the world.

At night I camped in a recently cleared field. Again I am saddened to see so much jungle destroyed in the name of beef. Tomorrow I will try to get to the remote, jungle shrouded Mayan ruins of Yaxchilan. I place I have dreamed of visiting for many years. It will be quite the mission to get there, stay tuned.

By the way, today I clocked up 0ver 23000km of cycling today. The mileage is moving along quite nicely. I guess it will be over 50000km by the time I reach the tip of Argentina.

Next : Yaxchilan – The Hidden Jewel in the Mayan Crown

12 thoughts on “Jungle and Ranches”

This website and some of the posts contain affiliate links. This means If you make a purchase after clicking on these links, a portion of the sale helps support BikeHikeSafari to present top quality information about the outdoors. This is at no additional cost to you.