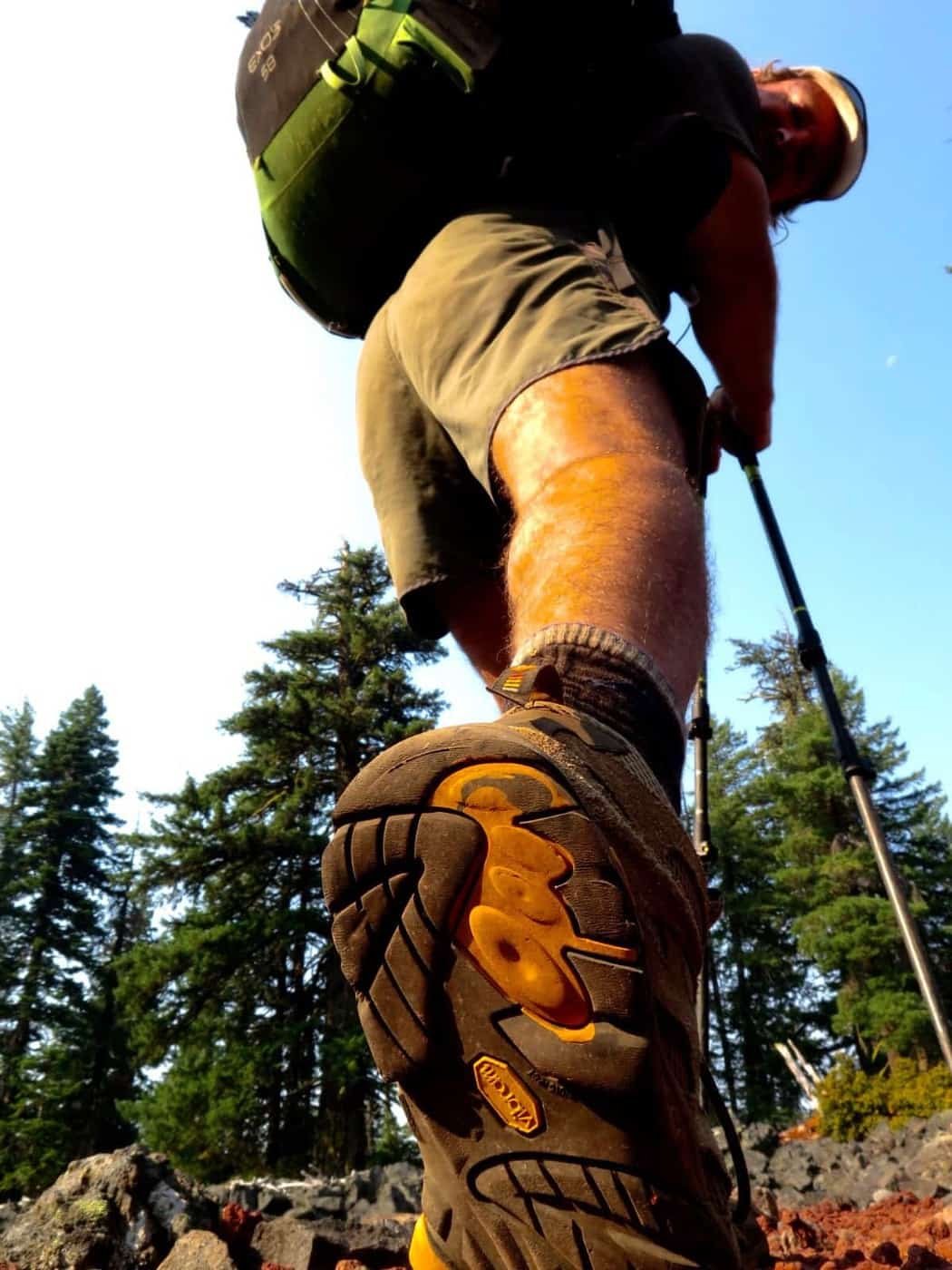 What makes a great day hiking on the PCT? If it is to be judged by the amount of photos I take in a day then today rates as one of my favourite.

Let me try and answer the question as I reflect on an amazing day hiking on the trail. Currently I’m sitting in my tent watching the orange sun sink in the sky. Mercury, Jupiter and Venus should all be visible shortly, if I’m still awake that long.

They should all be so very close together, in conjunction I believe it’s called. My tongue is stained blue from all the Blueberries and Hucklberries I’ve been eating, I have never in my life tasted blueberries as sweet and juicy.

Huckleberries, my new favourite berry. Sweet and juicy like an over ripe sweet grape. How can I not be in a great mood after the feast I had this afternoon. I think I just activated some long lost hunter gatherer gene.

All these berries are just growing on the side of the trail. Several weeks ago I tasted the wild raspberries in Northern California now these. But that is not the only thing that made today one of the great days on the PCT. Let’s start at the beginning of the day.

6.45am and I set off alone on the trail wearing my down jacket. The sun just started to penetrate it’s way through the smoke to warm me. It was rather cool overnight. I had to zip myself all the way into my sleeping bag.

The recent warm weather has softened my already soft tolerance for cold temperatures. I stopped briefly at a hut that had a well water nearby. I was somewhat unhappy to see the large amount of trash there. The type of trash could not have been left by PCT hikers, they don’t carry stuff like I found lying around!

It was not long before the trail exited the forest and weaved it’s way through mile after mile of lava fields. Walking through miles of lava fields is not something I do everyday. I was fascinated by the trail. Every twist and turn I found myself so blown away by what I was seeing. A nearby conical volcano appeared almost on que. Every new turn I took a photo.  There were a lot of turns.

As midday approached I thought about hitching into Fish Lake Resort for some comfort food. Mr & Mrs Smith had not yet caught up to me on the trail, despite all my photo stops so I started to send them a text message.

Just as I was about to hit send I heard voices. Rather than ask them if they wanted some comfort food I showed them the text I was about to send them. A four letter expletive followed by the word ‘Yeah’ was uttered.

So we set about hitching to the resort. Lots of traffic, but nobody stopped or even looked like stopping. The effort worth the reward was sliding into the negative scale. I gave up and went to the shade to get some water and prepare for the afternoons hike. ‘Shepherd’, yelled both Mr & Mrs Smith. A car stopped and we got a lift.

After several Dr Peppers and a Philly cheese steak burger I was ready to leave. But before leaving I had business to attend to. My water filter broke after only a week and my shoes have now covered almost 800 miles.

I placed an order for a replacement filter (free) and new shoes which I’ll pick up in about 200 miles or so in about 7-8 days. It’s amazing that I can walk that distance in that time. Crazy. I would have never thought that was possible when I started this hike. Not by me anyway, maybe only from those untralight fitness freeks!

After the large lunch we hitched back to the trail. It was not as dramatically stunning as the mornings hike but as the afternoon progressed the sunlight and smoke combined to really show a kind of strange beauty.

Late in the afternoon I sat by the side of the trail for what seemed like 30 minutes waiting for the Smiths. It was not like them to them their time. They produced bags full of Hucklberries. I’d never tried one till that point.

From there we stopped multiple times before camp to pick and eat and pick and eat. I look at the mileage we covered today and think how on earth did we hike 25 miles and stop so much for such a long length of time. Trail fitness is kicking in.

Despite one of the most amazing days on the trail I’m troubled by a decision that I will need to make in coming days. I’m torn by what to do. I think it has been the cause of a couple of sleep deprived nights of late. All will be revealed soon enough.