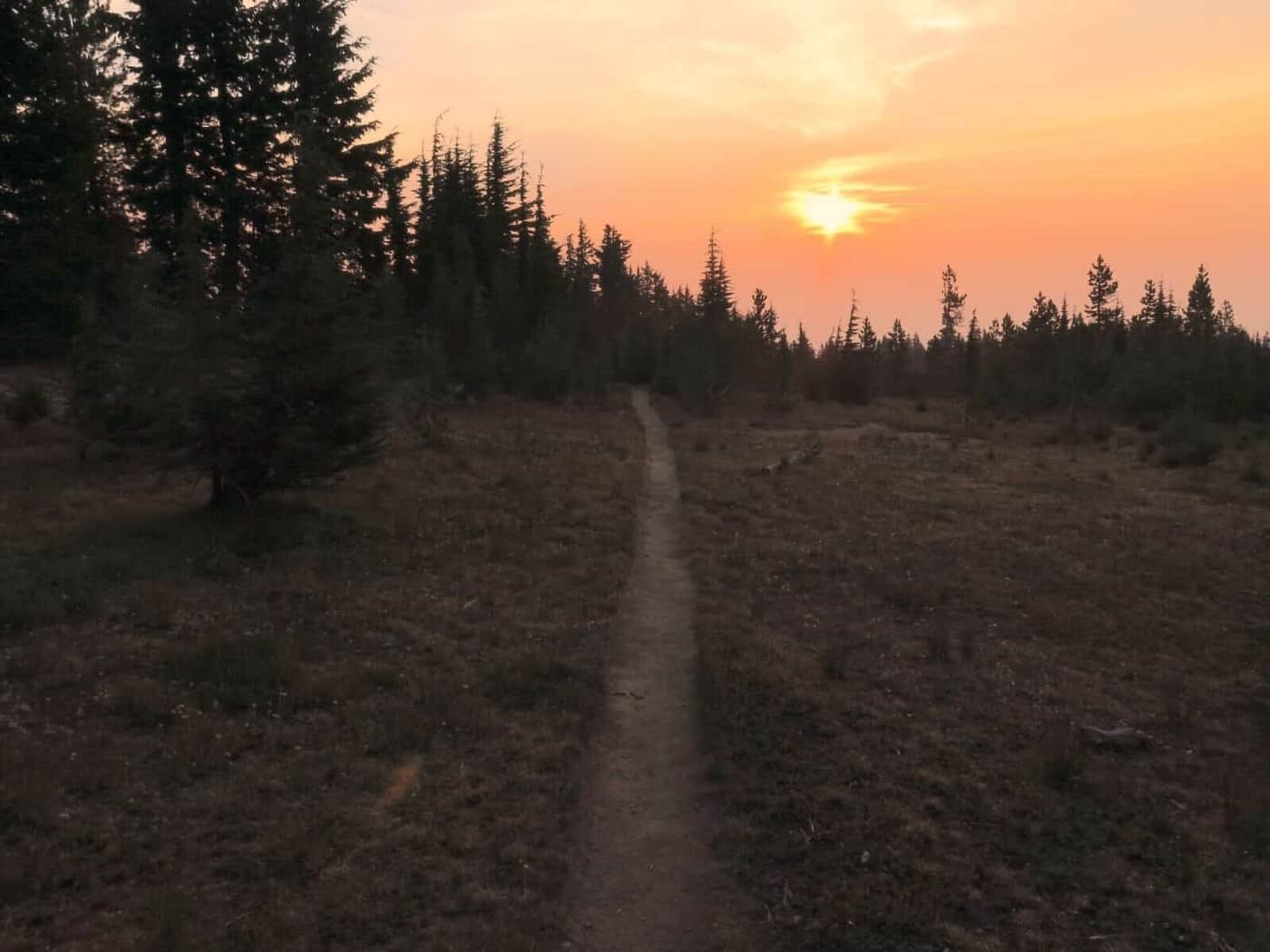 I could easily describe the day as being just an average day. But it wasn’t.

As the sun started to rise so did I, all the way to the highest point that the PCT will reach for the whole rest of the trail in Oregon and Washington.

Yay, it’s all downhill! I camped less than half a mile from the high point. Several miles after the high point I reached a spot with sporadic cell phone service. I  posted a blog entry and answered some messages. I also found out that Mr &Mrs Smith camped 4.5 miles further back on the trail.

The reception was very spotty and I left rather frustrated, not really knowing if an entry had been posted or not as the service went in and out(edit, turns out it was posted). I motored along the trail for about 14 miles when I stopped for lunch. I was told by several other hikers about the Oregon Skyline Trail alternate. They told me it ran parallel to the PCT but had more water and better views. Oh, and it was a couple of miles shorter than the PCT.

It seemed that the vast majority of hikers were taking this alternate this year. I must admit it never crossed my mind. I was curious. It was another 5 miles before I had to make the decision so I thought I’d head off and think about it.

On route the trail gorillas were hard at work. That’s the trail name given to trail maintenance workers, usually volunteers. Must say, if I lived in this country I would gladly give up some of my time to support the trail that has supported me for the last couple of months.

Sitting on the edge of a dirt road that was called Hwy 60. I made the choice to take the alternate trail. I was up for some great scenery. One part of the trail made me think that I was either a hobbit, a wizard or dwarf travelling through an enchanted forest on a grand adventure or quest. It was so very dark and the grotesque trees looked able to hide all sorts of wolves or goblins.

I made a quick detour to a car campground just off the trail to grab some water from a tap, or faucet as it called over here. Tap water is such a strange way to get water. So much less work than filling a container then filtering it.

I continued several more miles into the evening on a very dusty trail until I set up my tent right next to the trail. Like most of Oregon so far, my body, my clothes and my gear is getting awfully dirty. After hiking almost 53km I’m tired, goodnight.