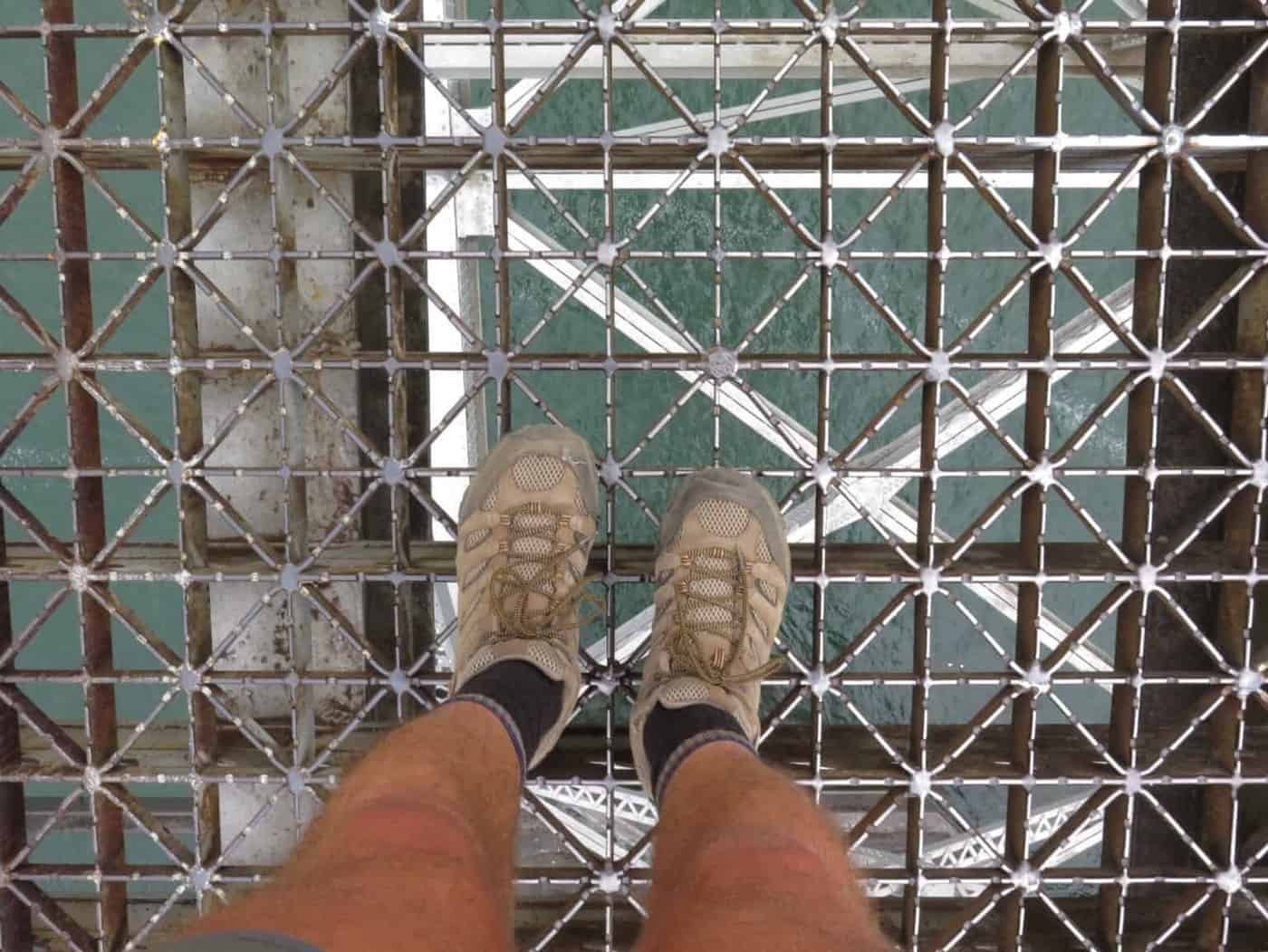 This is the most rested I’d been since I started the trip, I thought to myself as I walked across The Bridge of the Gods. I crossed the Columbia river into Washington. The steel mesh bridge let me peer down to the water below.

Not a crossing for the hikers who fear such sights. There is no pedestrian lane so I hiked with the vehicles. Only one redneck took offence to my presence, I know this because he pointed to the sky with his middle finger. Welcome to Washington.

I was carrying enough food to last me for 148 miles or 238km. But the heavy weight of the food and extra clothing for the potential cold of Washington didn’t feel as bad as it normally does leaving a town. There was a bounce in my step. I had excessive amounts of energy.

My days rest in Cascade Locks had been all that I wanted and needed. Lots of sleep and good food. I realised I had not had a days rest from hiking since Etna in California, 548.7 miles ago. That’s 883 kilometres without a rest. No wonder I’m tired!

I also hit the trail excited that I would see my Canadian friend Sally. It seems I may have inspired her to hike the PCT in 2016. She’s taken some time off work to hike part of Washington. She is heading southbound on the same section that I am heading northbound, so we will pass each other somewhere. Both Sally and her partner Paul will  pick me up from Manning Park (if I can make it) and give me a place to rest after the trail.

The Washington section of the trail is already noticeably different from Oregon. For example, I’m sitting in my tent typing up this blog with clean feet. None of the loose volcanic dusty soil here that covers the legs and feet with a thick layer of grime.

But that will likely change. For today at least there was lots of loamy soil or rocks. Also the trail wanted to go either up or down. It doesn’t seem to like flat very much. It’s also cooler, noticeably so. There’s lots of trees and undergrowth but also lots of logging.

In fact the whole section of the trail has been logged at least once but mostly several times in the past. Some sections of the trail passed clear cut forests, but I’m sure it will be replanted next year and 20 years from now most people wouldn’t know the difference.

The day seemed to get away from me. It was late in the evening when I started to look around for a place to camp. There was no flat ground till I hit an old logging road. It didn’t look like it had been used for a while. It also looked like other hikers had camped there at some time.

The campfire ring and wrappers of pasta packets in the bushes gave it away. My pasta with lemon flavoured Salmon and an Avocado tasted particularly special tonight.